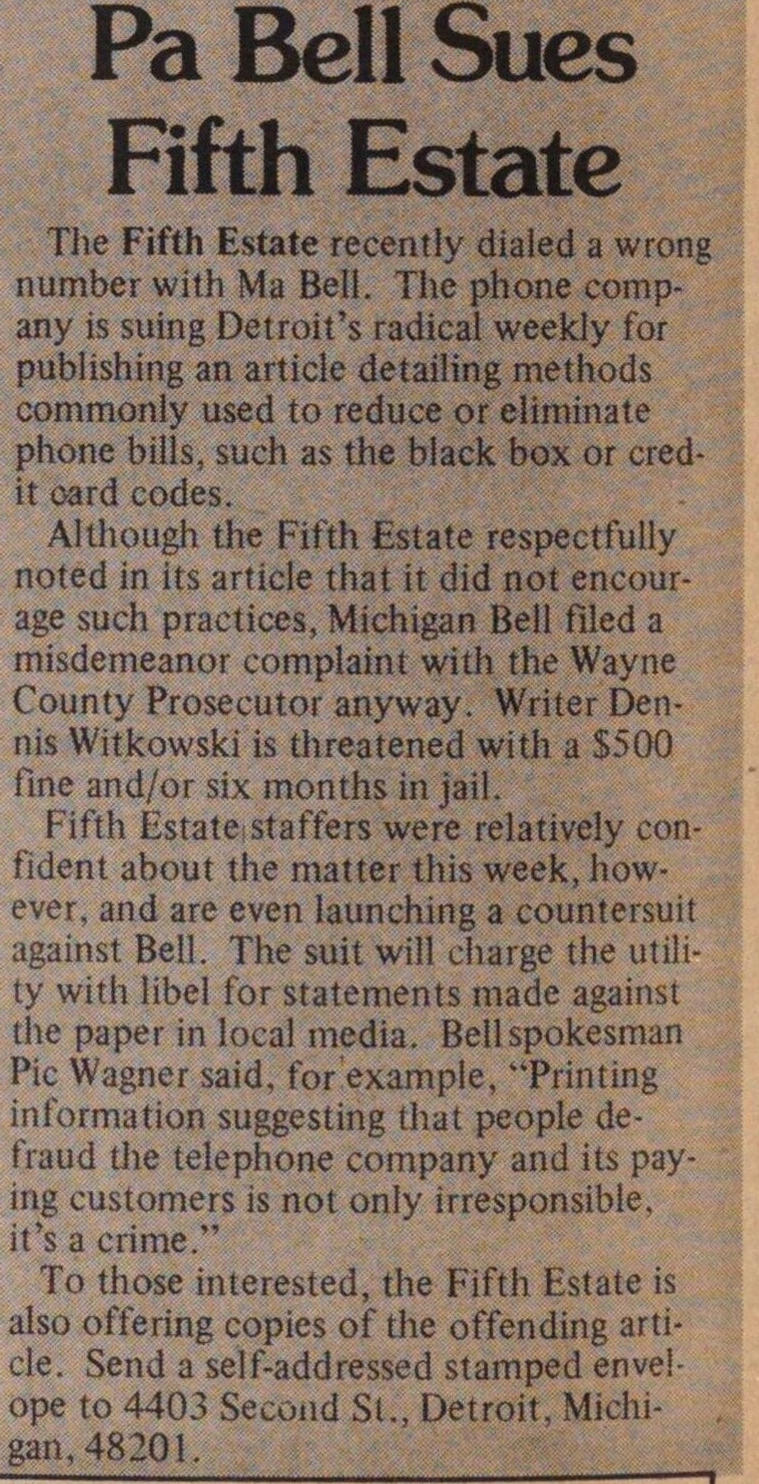 The Fifth Estate recently diaied a wrong number with Ma Bell. The phone company is suing Detroit's radical weekly for publishing an article detailing methods commonly used to reduce or eliminate phone bills, such as the black box or credit card codes.

Although the Fifth Estate respectfully noted in its article that it did not encourage such practices, Michigan Bell filed a misdemeanor cornplaint with the Wayne County Prosecutor anyway. Writer Dennis Witkowski is threatened with a $500 fine and/or six months in jail.

Fifth Estate staffers were relatively confident about the matter this week, however, and are even launching a countersuit against Bell. The suit will charge the utility with libel for statements made against the paper in local media. Bell spokesman Pic Wagner said, for example, "Printing information suggesting that people defraud the telephone company and its paying customers is not only irresponsible, it's a crime."

To those interested, the Fifth Estate is also offering copies of the offending article. Send a self-addressed stamped envelope to 4403 Second St., Detroit, Michigan, 48201.