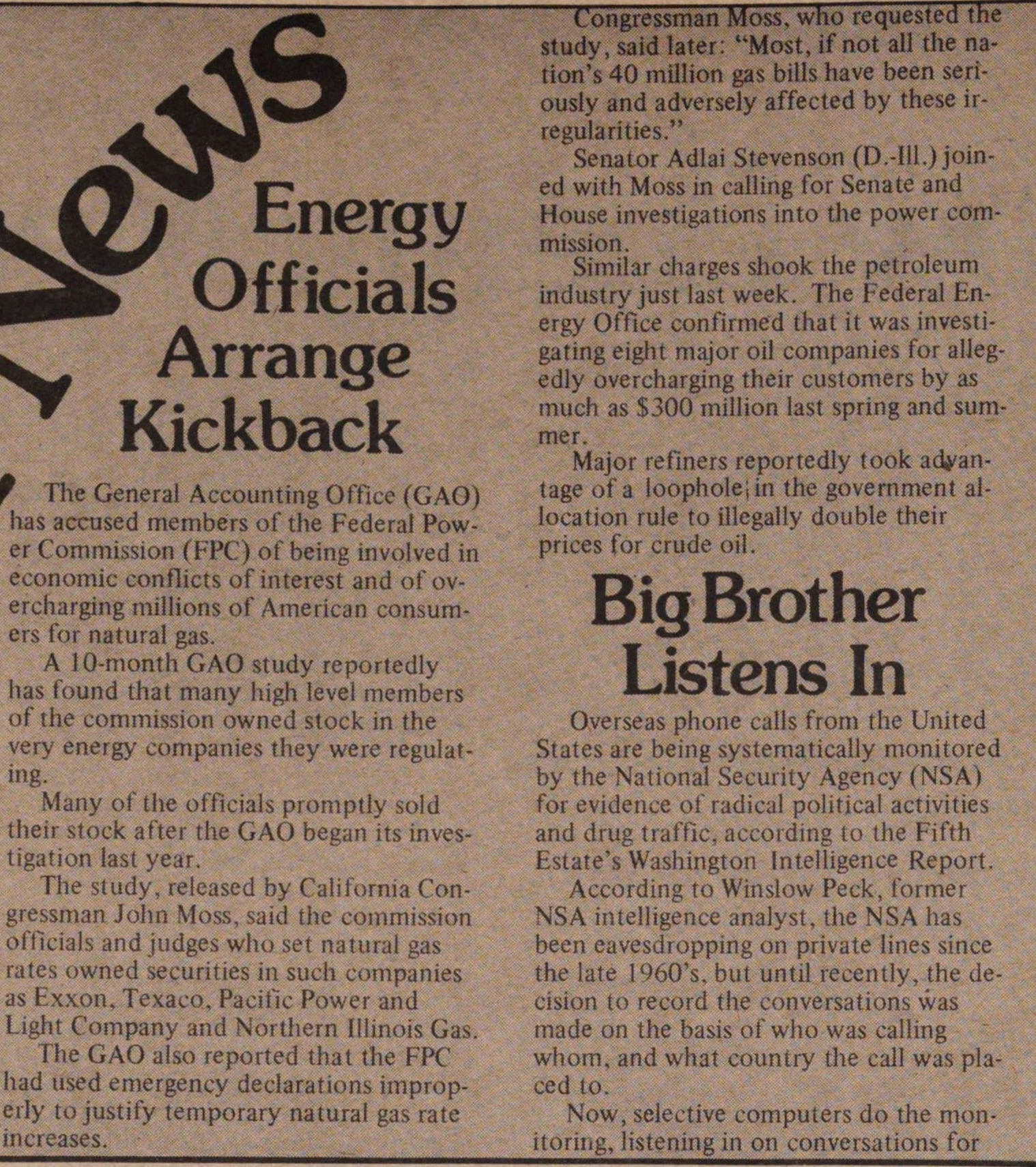 The General Accounting Office (GAO) has accused members of the Federal Power Commission (FPC) of being involved in economic conflicts of interest and of overcharging millions of American consumers for natural gas.

A 10-month GAO study reportedly has found that many high level members of the commission owned stock in the very energy companies they were regulating.

Many of the officials promptly sold their stock after the GAO began its investigation last year.

Congressman Moss, who requested the study, said later: "Most, if not all the nation's 40 million gas bills have been seriously and adversely affected by these irregularities."

Senator Adlai Stevenson (D.-Ill.) joined with Moss in calling for Senate and House investigations into the power commission.

Similar charges shook the petroleum industry just last week. The Federal Energy Office confirmed that it was investigating eight major oil companies for allegedly overcharging their customers by as much as $300 million last spring and summer.

Major refiners reportedly took advantage of a loophole in the government allocation rule to illegally double their prices for crude oil.