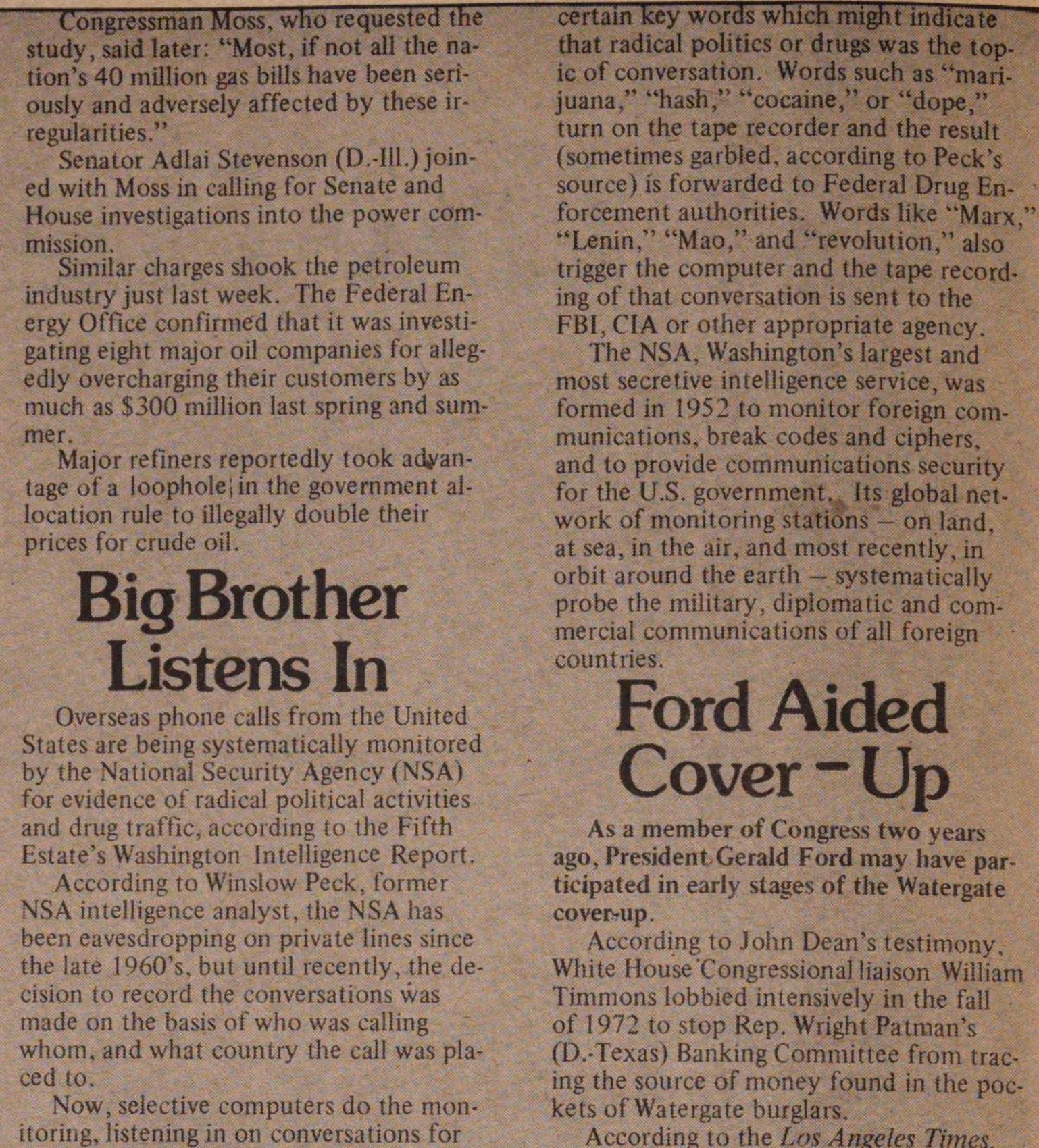 Overseas phone calls from the United States are being systematically monitored by the National Security Agency (NSA) for evidence of radical political activities and drug traffic, according to the Fifth Estate's Washington Intelligence Report.

According to Winslow Peck, former NSA intelligence analyst, the NSA has been eavesdropping on private lines since the late 1960's, but until recently, the decision to record the conversations was made on the basis of who was calling whom, and what country the call was placed to.

Now, selective computers do the monitoring, listening in on conversations for certain key words which might indicate that radical politics or drugs was the topic of conversation. Words such as "marijuana," "hash," "cocaine," or "dope," turn on the tape recorder and the result (sometimes garbled. according to Peck's source) is forwarded to Federal Drug Enforcement authorities. Words like "Marx," "Lenin," "Mao," and "revolution," also trigger the computer and the tape recording of that conversation is sent to the FBI, CIA or other appropriate agency.

The NSA, Washington's largest and most secretive intelligence service, was formed in 1952 to monitor foreign communications, break codes and ciphers, and to provide communications security for the U.S. government. Its global network of monitoring stations - on land, at sea, in the air, and most recently, in orbit around the earth - systematically probe the military, diplomatic and commercial Communications of all foreign countries.