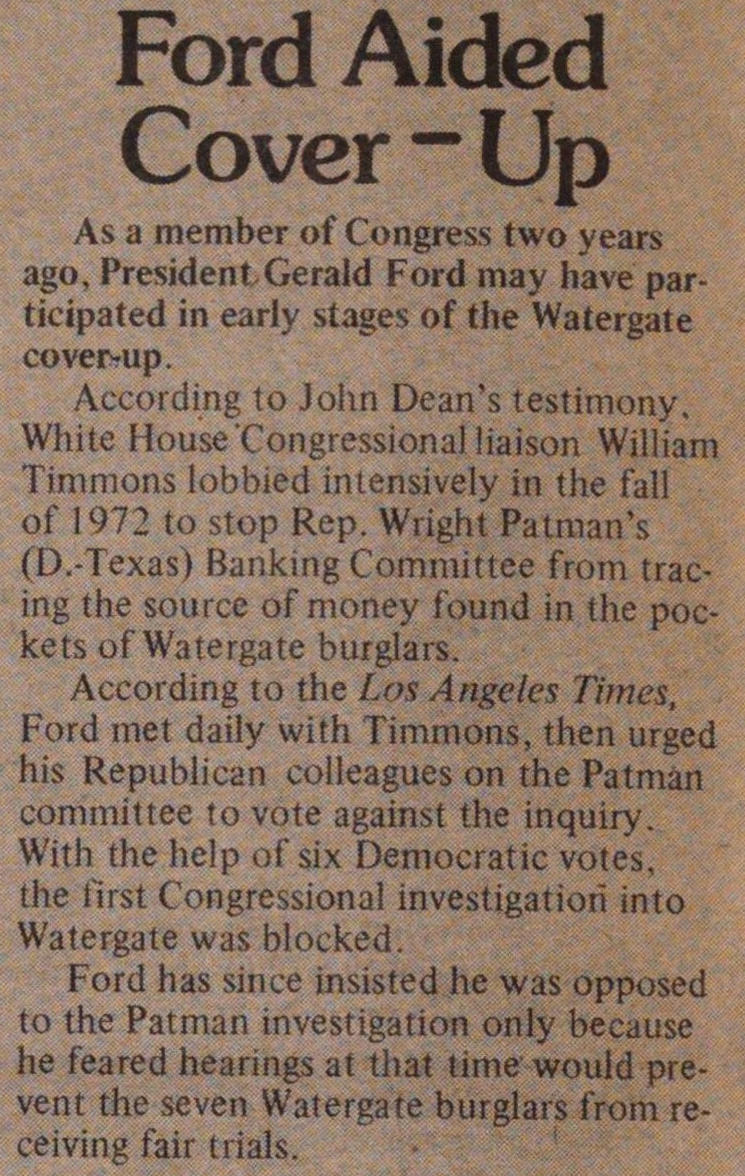 As a member of Congress two years ago, President Gerald Ford may have participated in early stages of the Watergate cover-up.

According to John Dean's testimony, White House Congressional liaison William Timmons lobbied intensively in the fall of 1972 to stop Rep. Wright Patman's (D.-Texas) Banking Committee from tracing the source of money found in the pockets of Watergate burglars.

According to the Los Angeles Times, Ford met daily with Timmons, then urged his Republican colleagues on the Patman committee to vote against the inquiry. With the help of six Democratic votes, the first Congressional investigation into Watergate was blocked.

Ford has since insisted he was opposed to the Patman investigation only because he feared hearings at that time would prevent the seven Watergate burglars from receiving fair trials.