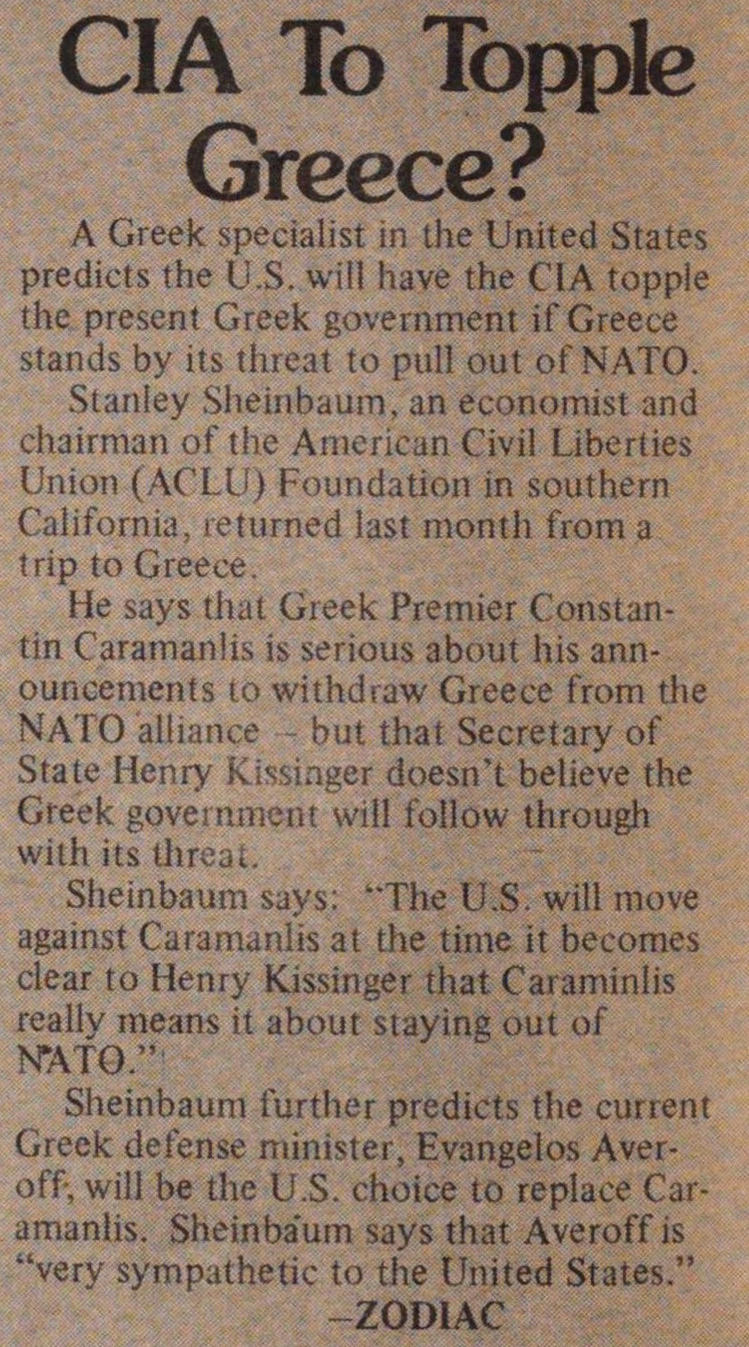 A Greek specialist in the United States predicts the U.S. will have the CIA topple the present Greek government if Greece stands by its threat to pull out of NATO.

Stanley Sheinbaum, an economist and chairman of the American Civil Liberties Union (ACLU) Foundation in southern California, returned last month from a trip to Greece.

He says that Greek Premier Constantin Caramanlis is serious about his announcements to withdraw Greece from the NATO alliance - but that Secretary of State Henry Kissinger doesn't believe the Greek government will follow through with its threat.

Sheinbaum says: "The U.S. will move against Caramanlis at the time it becomes clear to Henry Kissinger that Caramanlis really means it about staying out of NATO."

Sheinbaum further predicts the current Greek defense minister, Evangelos Averoff, will be the U.S. choice to replace Caramanlis. Sheinbaum says that Averoff is "very sympathetic to the United States."