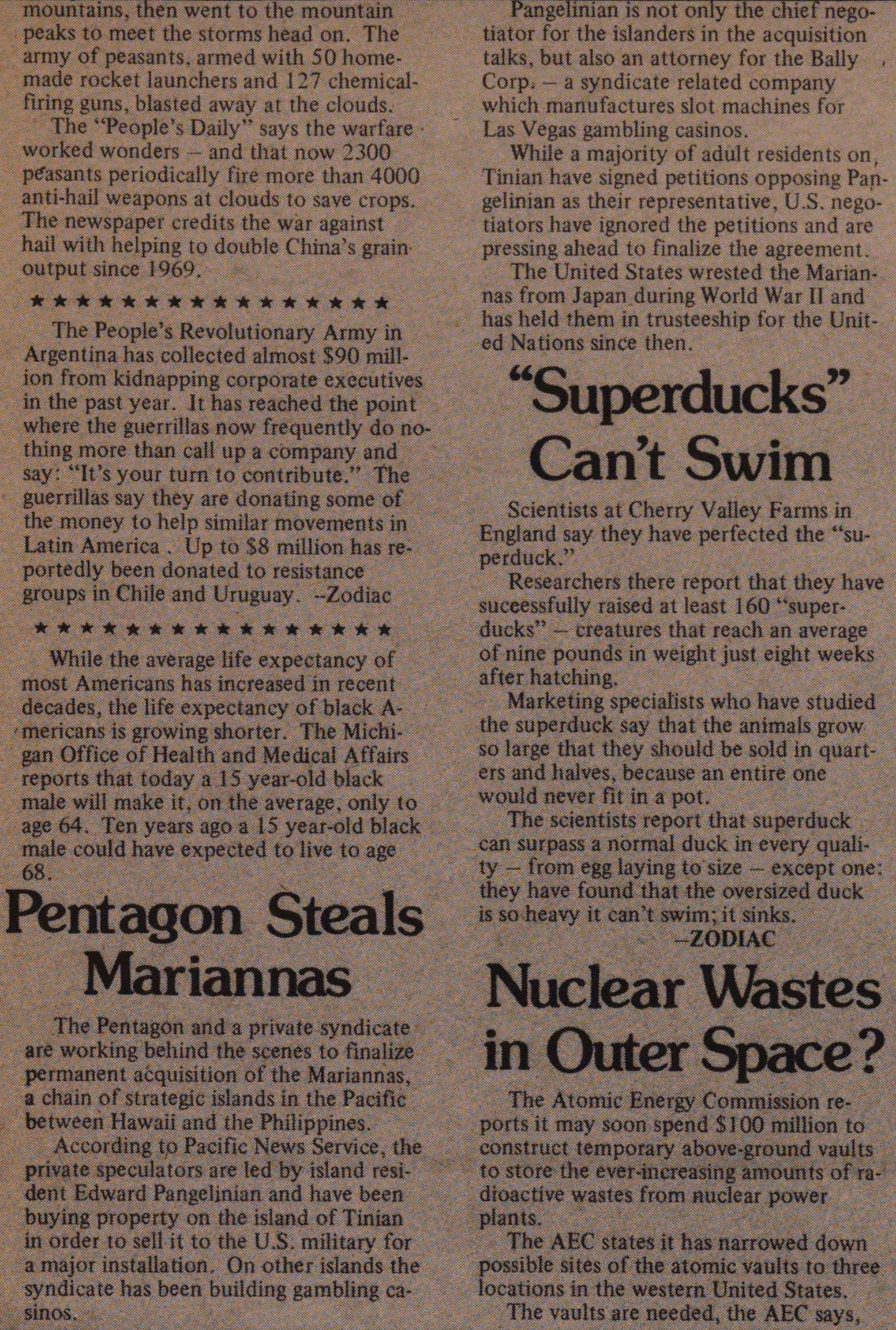 The Pentagon and a private syndicate are working behind the scenes to finalize permanent acquisition of the Mariannas, a chain of strategic islands in the Pacific between Hawaii and the Philippines.

According to Pacific News Service, the private speculators are led by island resident Edward Pangelinian and have been buying property on the island of Tinian in order to sell it to the U.S. military for a major installation. On other islands the syndicate has been building gambling casinos.

Pangelinian is not only the chief negotiator for the islanders in the acquisition talks, but also an attorney for the Bally Corp. - a syndicate related company which manufactures slot machines for Las Vegas gambling casinos.

While a majority of adult residents on Tinian have signed petitions opposing Pangelinian as their representative, U.S. negotiators have ignored the petitions and are pressing ahead to finalize the agreement.

The United States wrested the Mariannas from Japan during World War II and has held them in trusteeship for the United Nations since then.