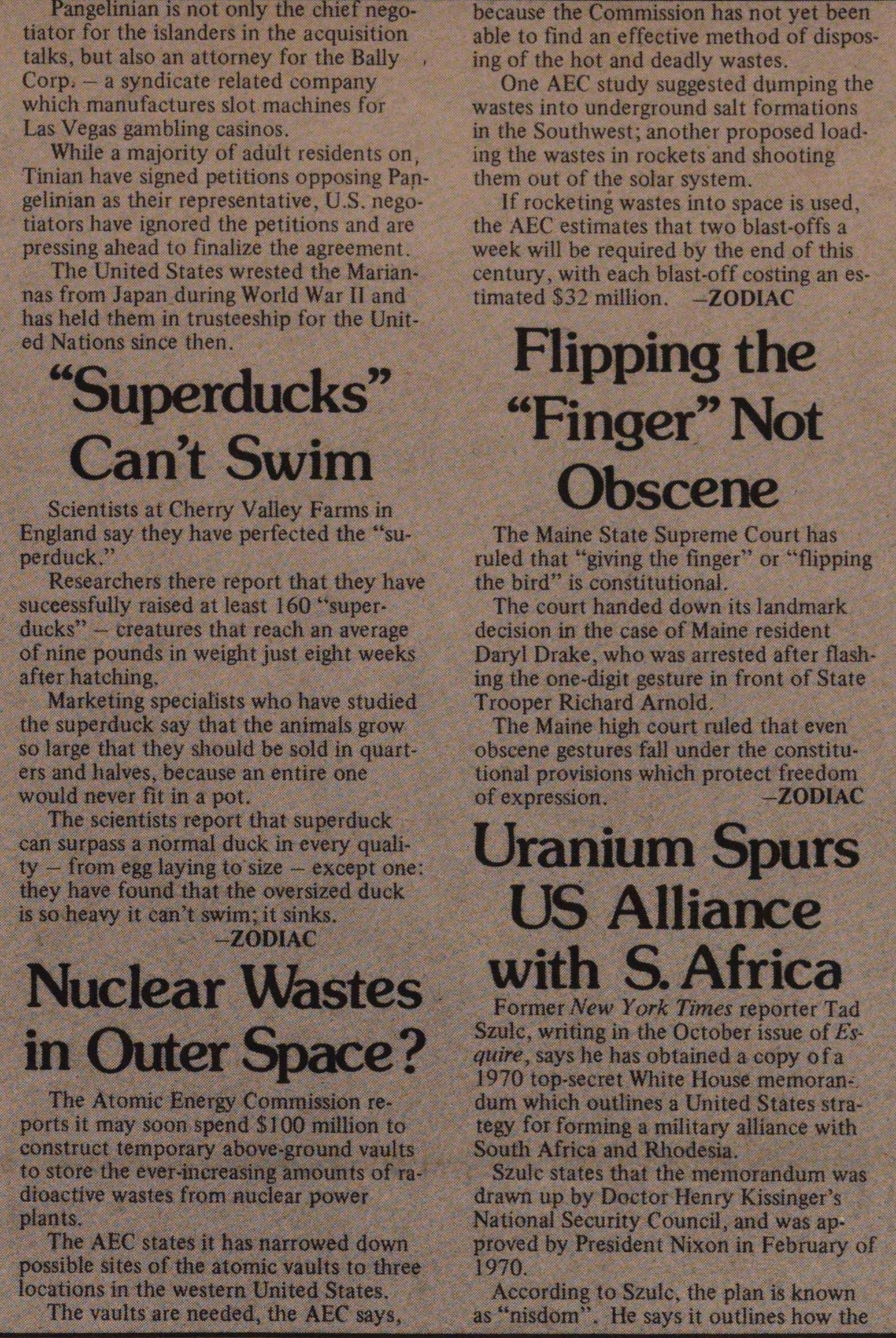 The AEC states it has narrowed down possible sites of the atomic vaults to three locations in the western United States.

The vaults are needed, the AEC says, because the Commission has not yet been able to find an effective method of disposing of the hot and deadly wastes.

One AEC study suggested dumping the wastes into underground salt formations in the Southwest; another proposed loading the wastes in rockets and shooting them out of the solar system.

If rocketing wastes into space is used, the AEC estimates that two blast-offs a week will be required by the end of this century, with each blast-off costing an estimated $32 million.