Flipping The "finger" Not Obscene 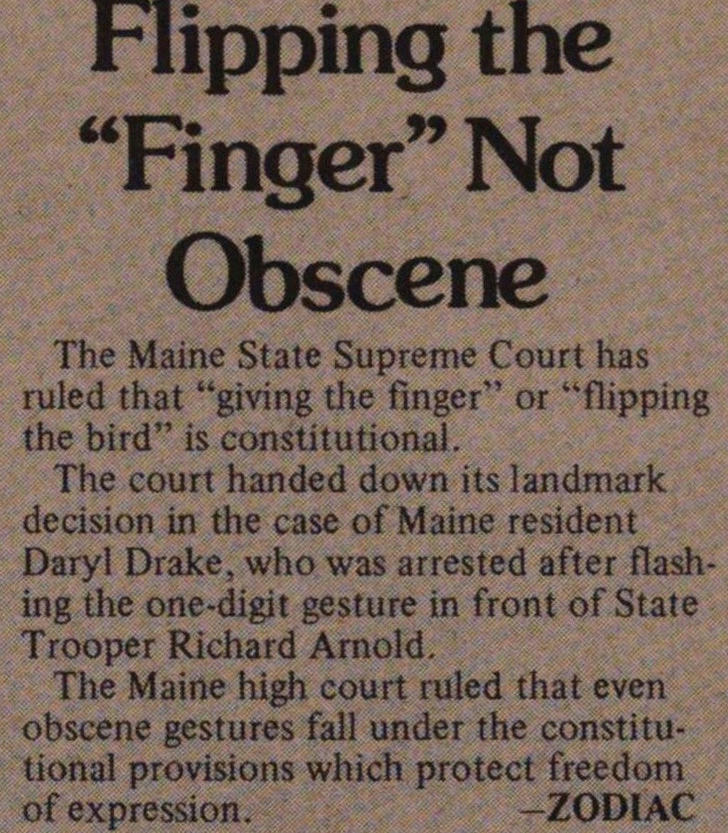 The Maine State Supreme Court has ruled that "giving the finger" or "flipping the bird" is constitutional.

The court handed down its landmark decision in the case of Maine resident Daryl Drake, who was arrested after flashing the one-digit gesture in front of State Trooper Richard Arnold.

The Maine high court ruled that even obscene gestures fall under the constitutional provisions which protect freedom of expression.