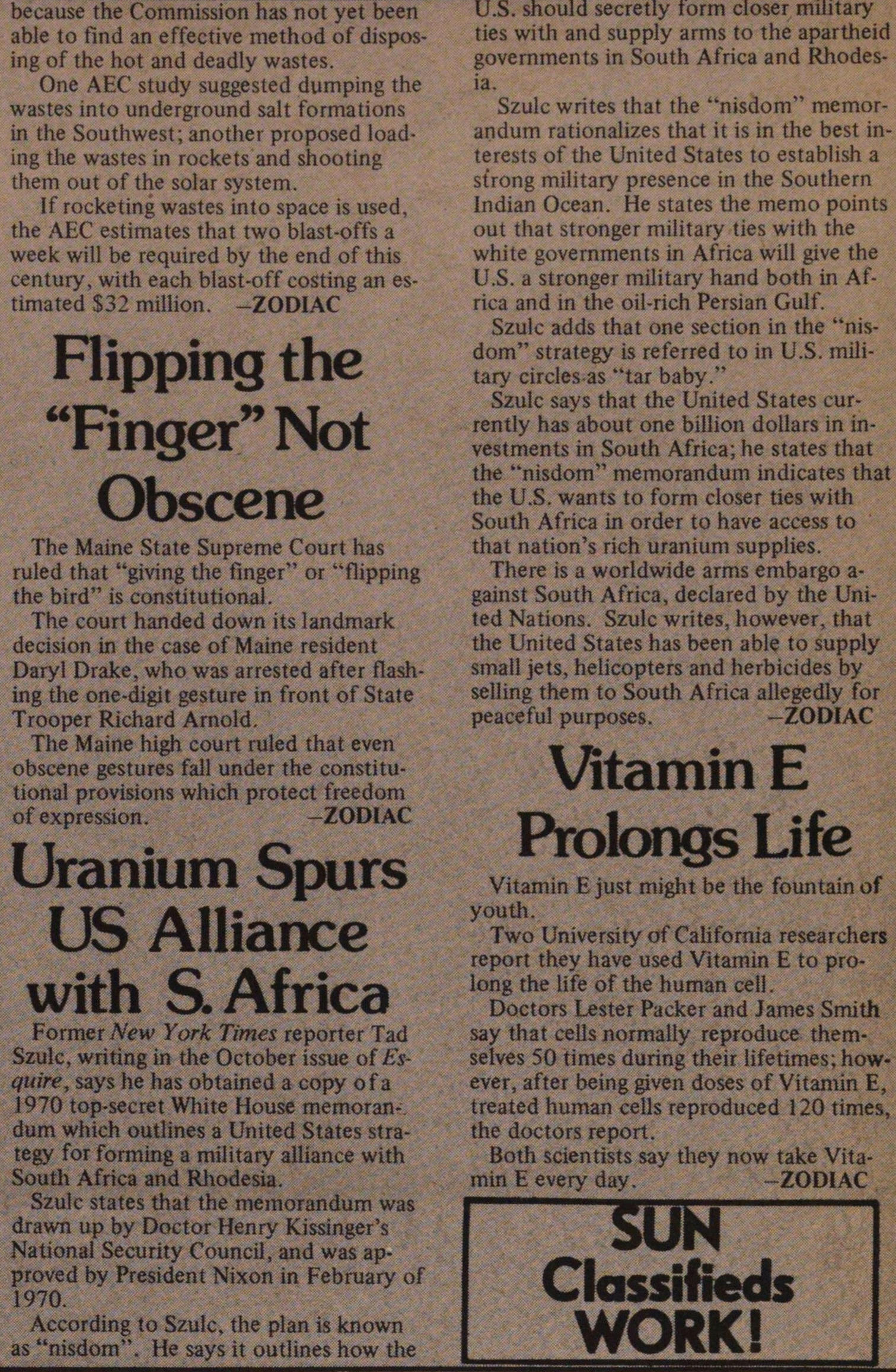 Forrner New York Times reporter Tad Szulc, writing in the October issue of Esquire, says he has obtained a copy of a 1970 top-secret White House memorandum which outlines a United States strategy for forming a military alliance with South Africa and Rhodesia.

Szulc states that the memorandum was drawn up by Doctor Henry Kissinger's National Security Council, and was approved by President Nixon in February of 1970.

According to Szulc, the plan is known as "nisdom". He says it outlines how the U.S. should secretly form closer military ties with and supply arms to the apartheid governments in South Africa and Rhodesia.

Szulc writes that the "nisdom" memorandum rationalizes that it is in the best interests of the United States to establish a strong military presence in the Southern Indian Ocean. He states the memo points out that stronger military ties with the white governments in Africa will give the U.S. a stronger military hand both in Africa and in the oil-rich Persian Gulf.

Szulc adds that one section in the "nisdom" strategy is referred to in U.S. military circles as "tar baby."

Szulc says that the United States currently has about one billion dollars in investments in South Africa; he states that the "nisdom" memorandum indicates that the U.S. wants to form closer ties with South Africa in order to have access to that nation's rich uranium supplies.

There is a worldwide arms embargo against South Africa, declared by the United Nations. Szulc writes, however, that the United States has been able to supply small jets, helicopters and herbicides by selling them to South Africa allegedly for peaceful purposes.