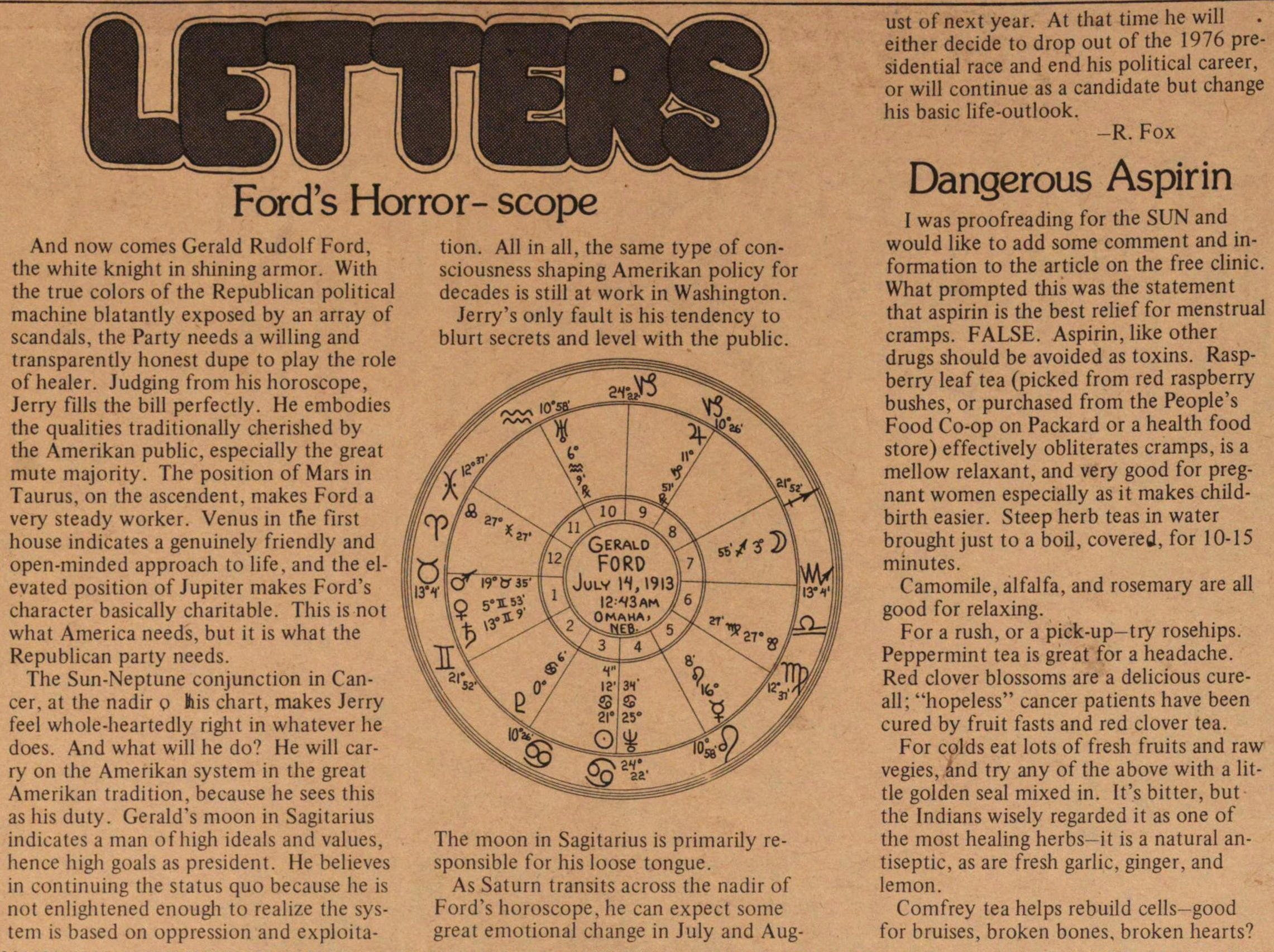 And now comes Gerald Rudolf Ford, the white knight in shining armor. Witli the true colors of the Republican political machine blatantly exposed by an array of scandals, the Party needs a willing and transparently honest dupe to play the role of healer. Judging from his horoscope, Jerry filis the bill perfectly. He embodies the qualities traditionally cherished by the Amerikan public, especially the great mute majority. The position of Mars in Taurus, on the ascendent, makes Ford a very steady worker. Venus in the first house indicates a genuinely friendly and open-minded approach to life, and the elevated position of Júpiter makes Ford's character basically charitable. This is not what America needs, but it is what the Republican party needs. The Sun-Neptune conjunction in Cancer, at the nadir o kis chart, makes Jerry feel whole-heartedly right in whatever he does. And what will he do? He will carry on the Amerikan system in the great Amerikan tradition, because he sees this as his duty. Gerald's moon in Sagitarius indicates a man of high ideáis and values, henee high goals as president. He believes in continuing the status quo because he is not enlightened enough to realize the system is based on oppression and tion. All in all, the same type of consciousness shaping Amerikan policy for decades is still at work in Washington. Jerry's only fault is his tendency to blurt secrets and level with the public. The moon in Sagitarius is primarily responsible for his loose tongue. As Saturn transits across the nadir of Ford's horoscope, he can expect some great emotional change n July and ust of next year. At that time he will either decide to drop out of the 1976 presidential race and end his political career, or will continue as a candidate but change his basic Iife-outlook.