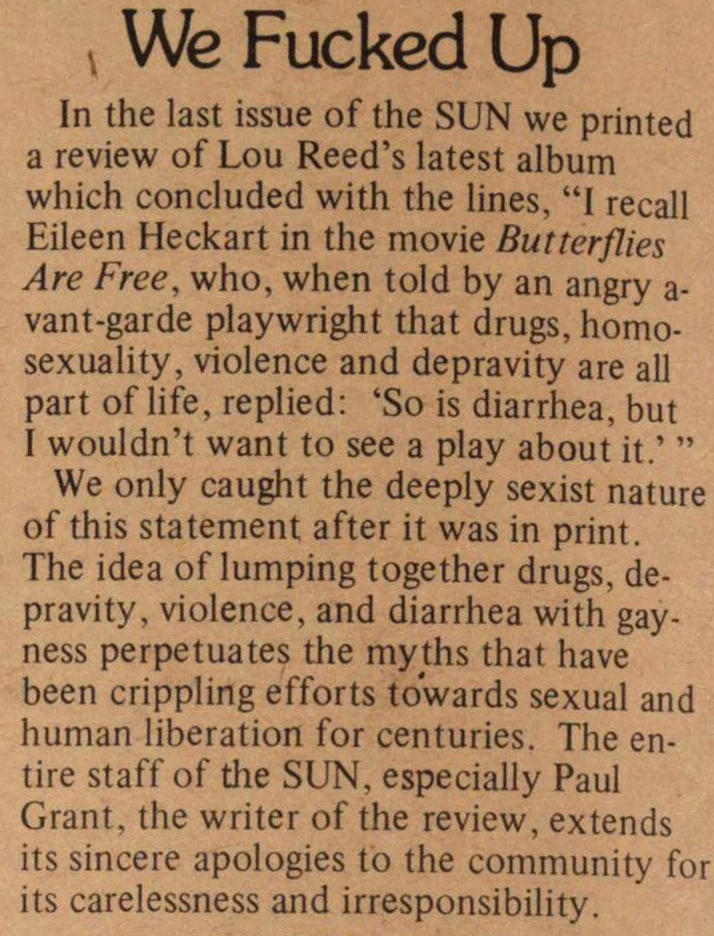 In the last issue of the SUN we printed a review of Lou Reed's latest album which concluded with the lines, "I recall Eileen Heckart in the movie Butterflies Are Free, who, when told by an angry avant-garde playwright that drugs, homosexuality, violence and depravity are all part of life, replied: 'So is diarrhea, but I wouldn't want to see a play about it.' " We only caught the deeply sexist nature of this statement after it was in print. The idea of lumping together drugs, depravity, violence, and diarrhea with gayness perpetuates the myjths that have been crippling efforts to'wards sexual and human liberation for centuries. The entire staff of the SUN, especially Paul Grant, the writer of the review, extends its sincere apologies to the community for its carelessness and irresponsibility.