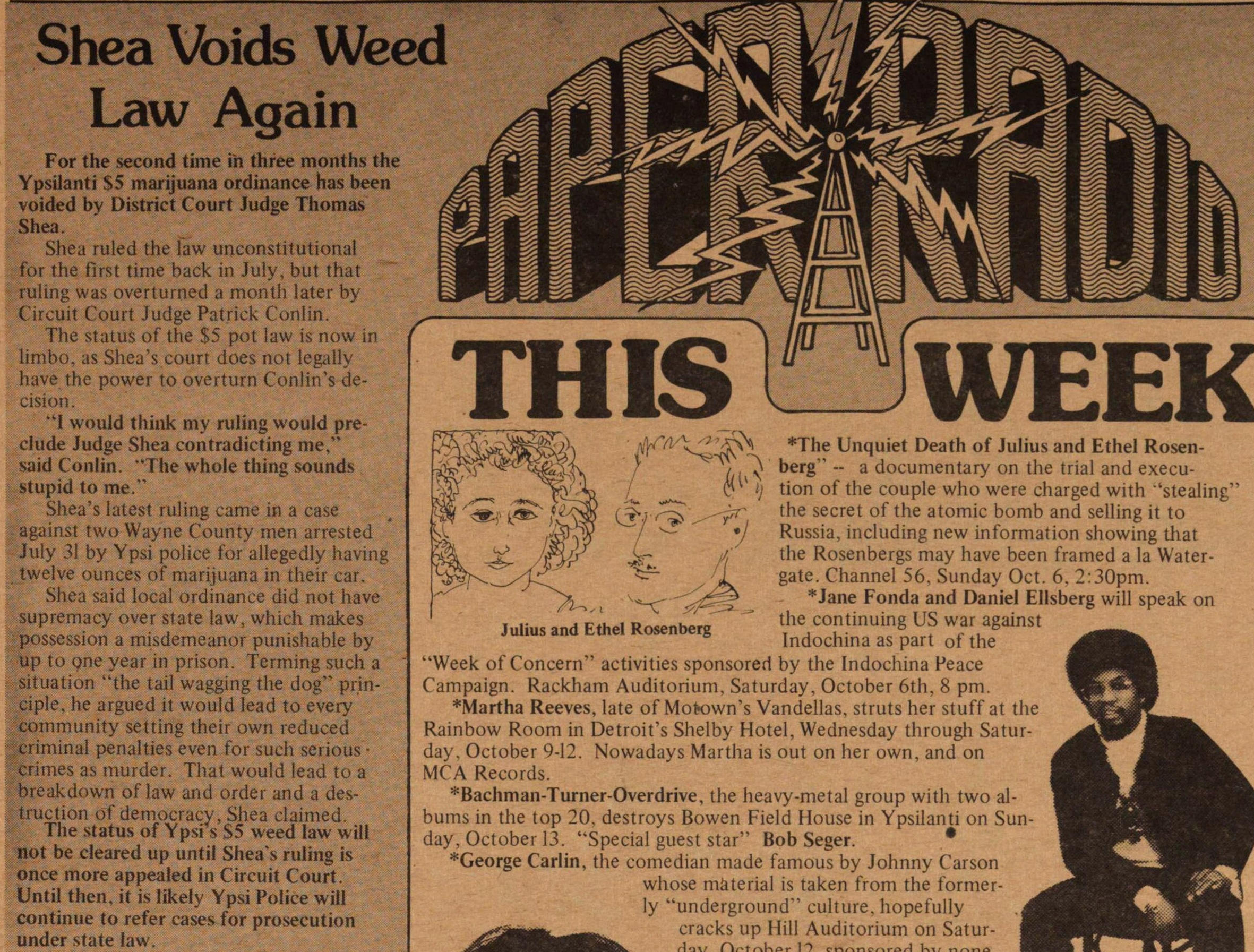 For the second time ih three months the Ypsilanti $5 marijuana ordinance has been voided by District Court Judge Thomas Shea. Shea ruled the law unconstitutional for the Rrst time back in July, but that ruling was overturned a month later by Circuit Court Judge Patrick Conlin. The status of the $5 pot law is now in limbo, as Shea's court does nol legally have the power to overturn Conlin's decisión. "I would think my ruling would preclude Judge Shea contradicting me," said Conlin. "The whole thing sounds stupid to me." Shea's iatest ruling came in a case against two Wayne County men arresied July 31 by Ypsi pólice for allegedly having twelve ounces of marijuana in their car. Shea said local ordinance did not have supremacy over state law, which makes possession a misdemeanor punishable by up to one year in prison. Terming such a situation "the tail wagging the dog" principie, he argued it would lead to every community setting their own reduced criminal penalties even for such serious crimes as murder. That would lead to a breakdown of law and order and a destruction of democracy. Shea claimed. The status of Ypsi s S5 weed law will not be cleared up until Shea's ruling is once more appealed in Circuit Court. Until then. it is likely Ypsi Pólice will continue to refer cases for prosecution under state law.