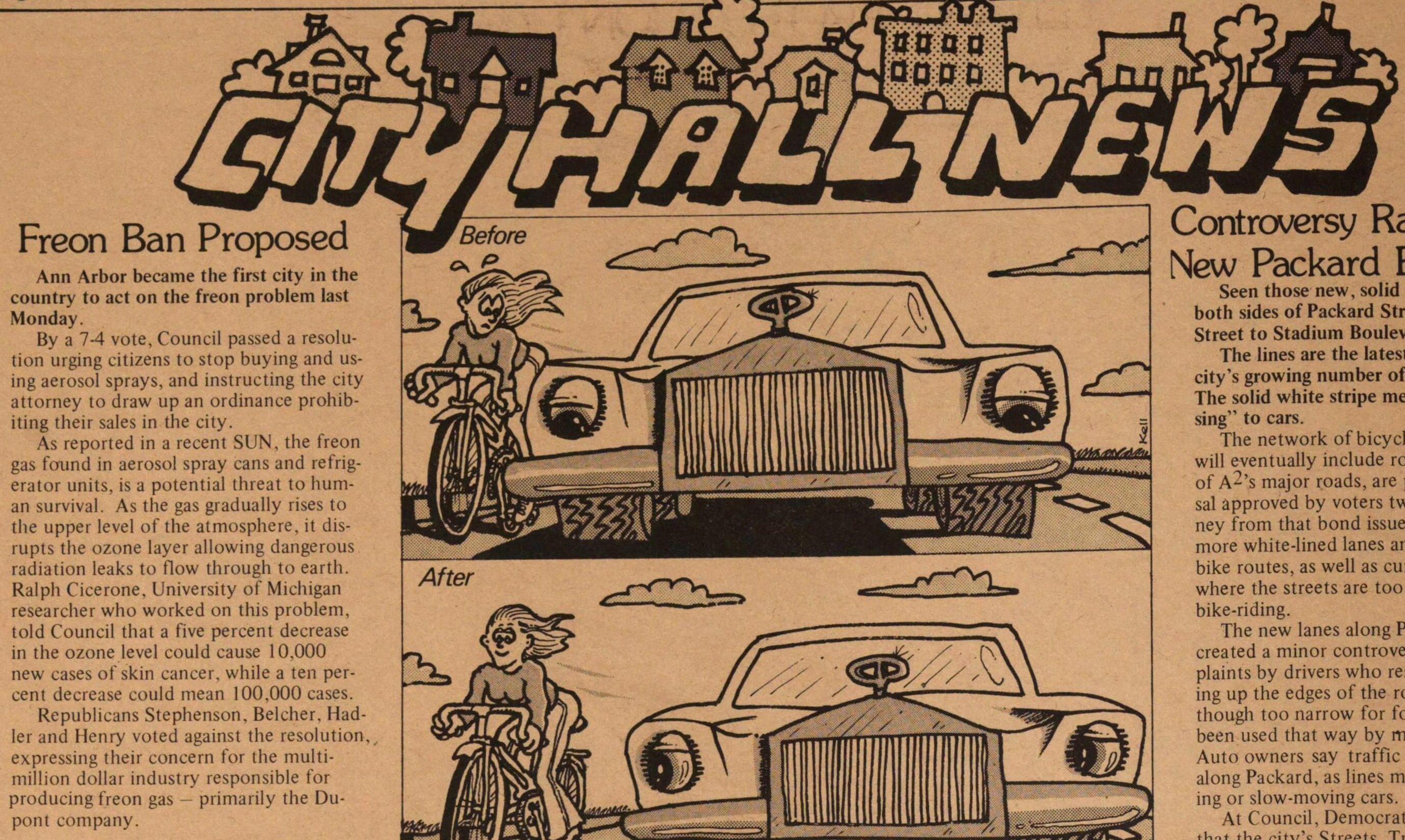 Ann Arbor became the first city in the country to act on the freon problem last Monday. By a 7-4 vote, Counril passed a resolution urging citizens to stop buying and using aerosol sprays, and instructing the city attorney to draw up an ordinance prohibiting their sales in the city. As reported in a recent SUN, the freon gas fomnd in aerosol spray cans and refrigerator units, is a potential threat to human survival. As the gas gradually rises to the upper level of the atmosphere, it disrupts the ozone layer allowing dangerous radiation leaks to flow through to earth. Ralph Cicerone, University of Michigan researcher who worked on this problem, told Council that a five percent decrease in the ozone level could cause 10,000 new cases of skin cáncer, while a ten percent decrease could mean 100,000 cases. Republicans Stephenson, Belcher. HadIer and Henry voted against the resolution, expressing their concern for the multimillion dollar industry responsible for producing freon gas - primarily the Dupont company. r&&L1bm -2&wÖIÉÉL izñsQA,