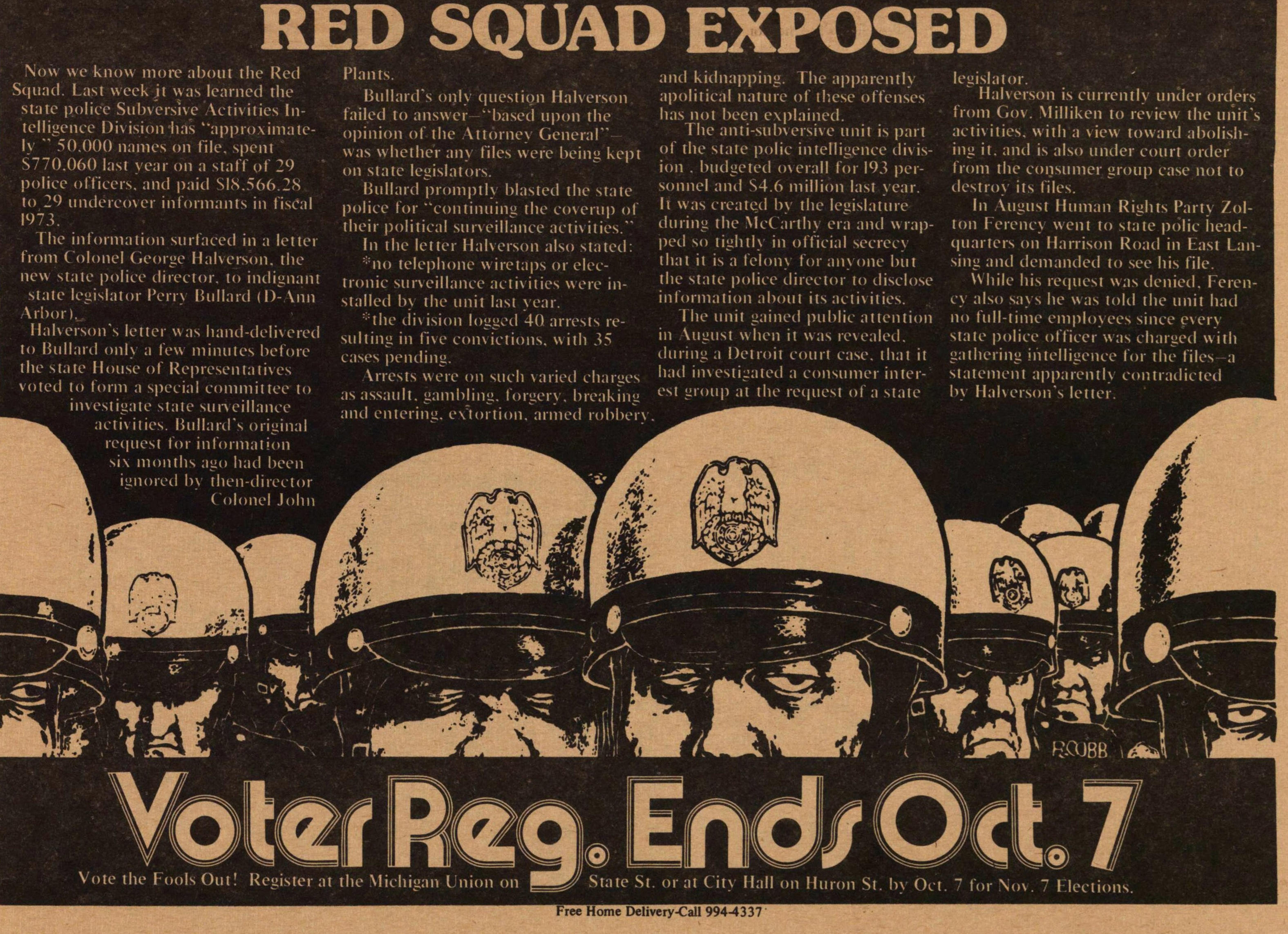 Now we know more about the Red Squad. Last week it was learned the state police Subversive Activities Intelligence Division has "approximately" 50,000 names on file, spent $770,060 last year on a staff of 29 police officers, and paid $18,566,28 to 29 undercover informants in fiscal 1973.

Halverson's letter was hand-delivered to Bullard only a few minutes before the state House of Representatives voted to form a special committee to investigate state surveillance activities. Bullard's original request for information six months ago had been ignored by then-director Colonel John Plants.

Bullard's only question Halverson failed to answer - "based upon the opinion of the Attorney General" - was whether any files were being kept on state legislators.

Bullard promptly blasted the state police for "continuing the coverup of their political surveillance activities."

In the letter Halverson also stated:
*no telephone wiretaps or electronic surveillance activities were installed by the unit last year.
*the division logged 40 arrest resulting in five convictions, with 35 cases pending.

Arrests were on such varied charges as assault, gambling, forgery, breaking and entering, extortion, armed robbery, and kidnapping. The apparently apolitical nature of these offenses has not been explained.

The anti-subversive unit is part of the state police intelligence division, budgeted overall for 193 personnel and $4.6 million last year. It was created by the legislature during the McCarthy era and wrapped so tightly in official secrecy that it is a felony for anyone but the state police director to disclose information about its activities.

The unit gained public attention in August when it was revealed, during a Detroit court case, that it had investigated a consumer interest group at the request of a state legislator.

Halverson is currently under orders from Gov. Milliken to review the unit's activities, with a view toward abolishing it, and is also under court order from the consumer group case not to destroy its files.

While his request was denied, Ferency also says he was told the unit had no full-time employees since every state police officer was charged with gathering intelligence for the files - a statement apparently contradicted by Halverson's letter.