Distributors May Sue Big U Over Newsreel 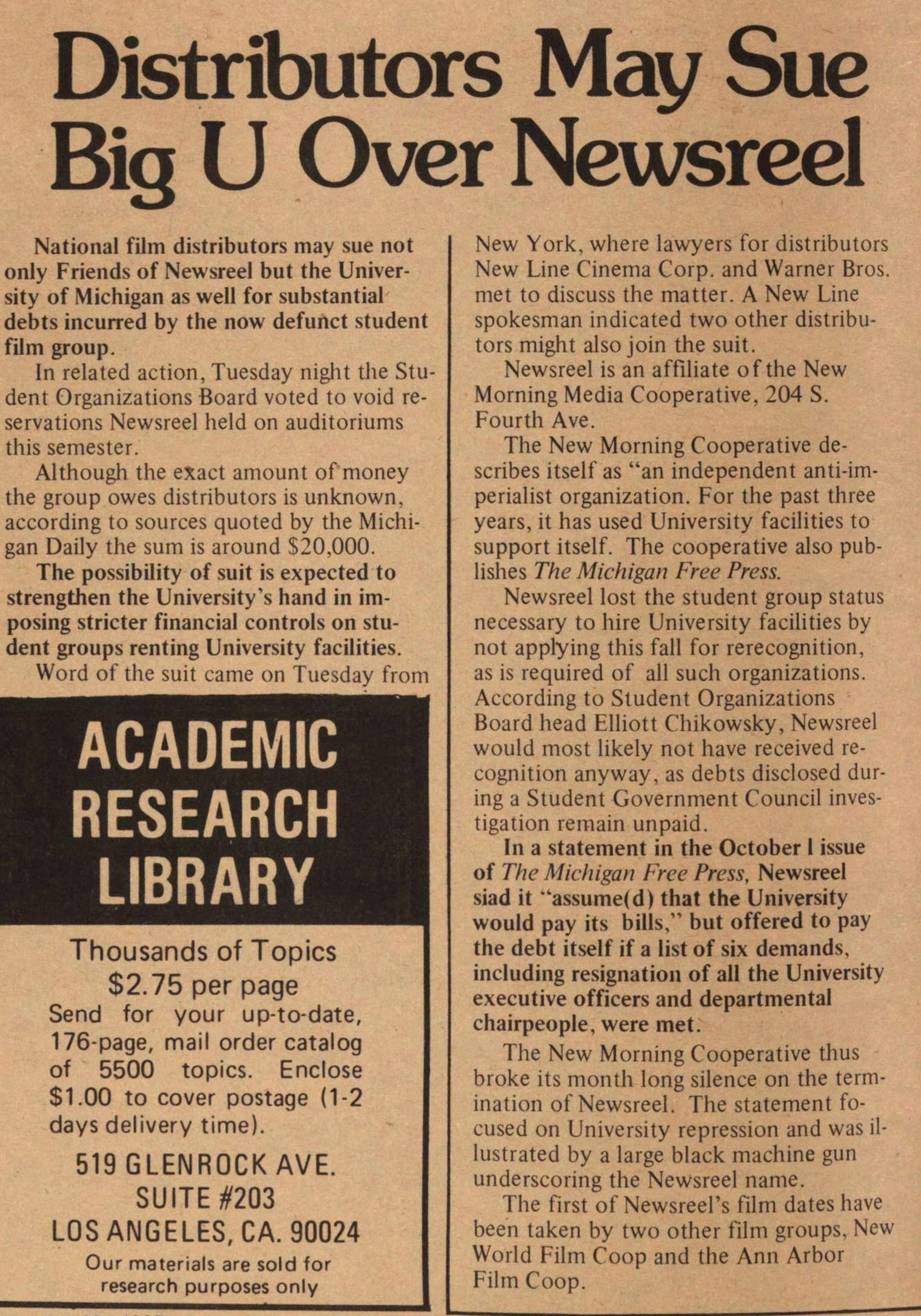 National film distributors may sue not only Friends of Newsreel but the University of Michigan as well for substantial debts incurred by the now defunct student film group.

In related action, Tuesday night the Student Organizations Board voted to void reservations Newsreel held on auditoriums this semester.

Although the exact amount of money the group owes distributors is unknown, according to sources quoted by the Michigan Daily the sum is around $20,000.

The possibility of suit is expected to strengthen the University's hand in imposing stricter financial controls on student groups renting University facilities.

Word of the suit came on Tuesday from New York, where lawyers for distributors New Line Cinema Corp. and Warner Bros. met to discuss the matter. A New Line spokesman indicated two other distributors might also join the suit.

Newsreel is an affiliate of the New Morning Media Cooperative, 204 S. Fourth Ave. The New Morning Cooperative describes itself as "an independent anti-imperialist organization." For the past three years, it has used University facilities to support itself. The cooperative also publishes The Michigan Free Press.

Newsreel lost the student group status necessary to hire University facilities by not applying this fall for rerecognition, as is required of all such organizations. According to Student Organizations Board head Elliott Chikowsky, Newsreel would most likely not have received recognition anyway, as debts disclosed during a Student Government Council investigation remain unpaid.

In a statement in the October 1 issue of The Michigan Free Press, Newsreel said it "'assume(d) that the University would pay its bills," but offered to pay the debt itself if a list of six demands, including resignation of all the University executive officers and departmental chairpeople, were met.

The New Morning Cooperative thus broke its month long silence on the termination of Newsreel. The statement focused on University repression and was illustrated by a large black machine gun underscoring the Newsreel name.

The first of Newsreel's film dates have been taken by two other film groups, New World Film Coop and the Ann Arbor Film Coop.