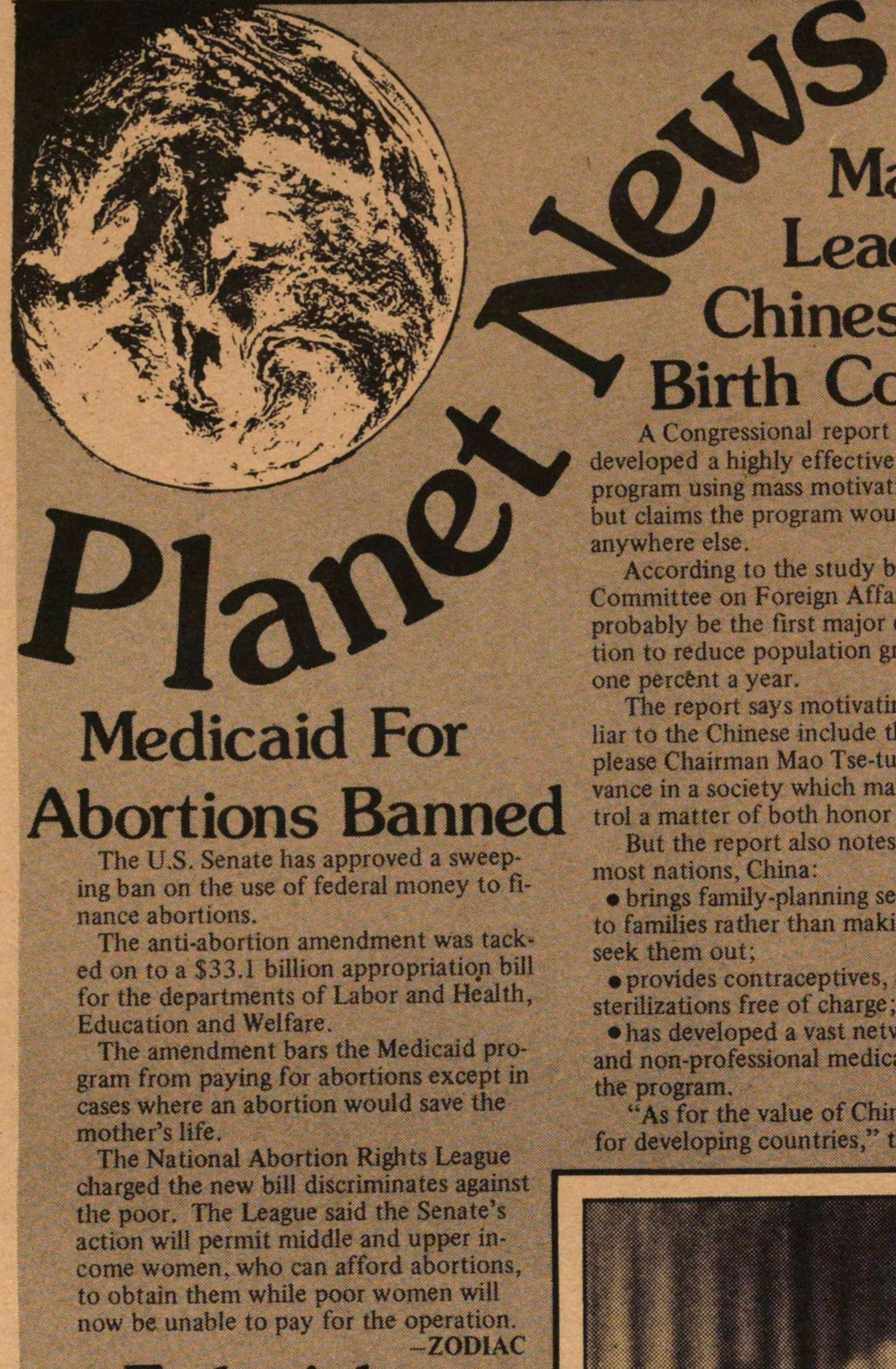 The U.S. Senate has approved a sweeping ban on the use of federal money to finance abortions. The anti-abortion amendment was tacked on to a $33.1 billion appropriatton bill for the departments of Labor and Health, Education and Welfare. The amendment bars the Medicaid program from paying for abortions except in cases where an abortion would save the mother's life. The National Abortion Rights League charged the new bilí discrimina tes against the poor. The League said the Senate's action will permit middle and upper income women, who can afford abortions, to obtain them while poor women will now be unable to pay for the operation. .& ir V t