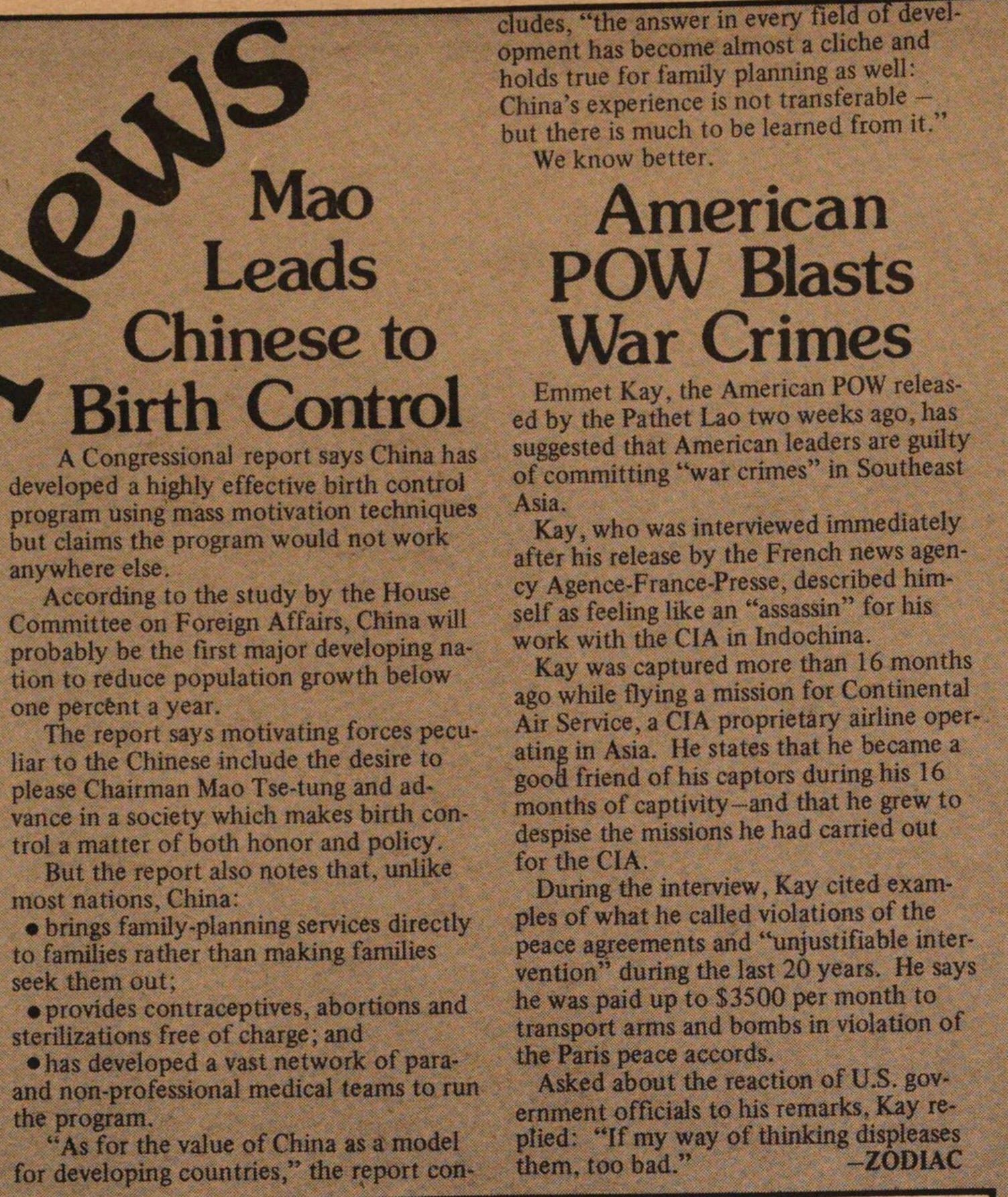 A Congressional report says China has developed a highly effective birth control program using mass motivation techniques but claims the program would not work anywhere else. According to the study by the House Committee on Foreign Affairs, China will probably be the first major developing nation to reduce population growth below one percent a year. The report says motivating forces peculiar to the Chinese include the desire to please Chairman Mao Tse-tung and advanee in a society which makes birth control a matter of both honor and policy. But the report also notes that, unlike most nations, China: brings family -planning services directly to families rather than making families seek themout; provides contraceptives, abortions and sterilizations free of charge; and has developed a vast network of paraand non-professional medical teams to run the program. "As for the value of China as a model for developing countries," the report eludes, "the answer in every field oí deveiopment has become almost a cliché and holds true for i'amily planning as well: China's experience is not transferable but there is much to be learned from it." We know better.