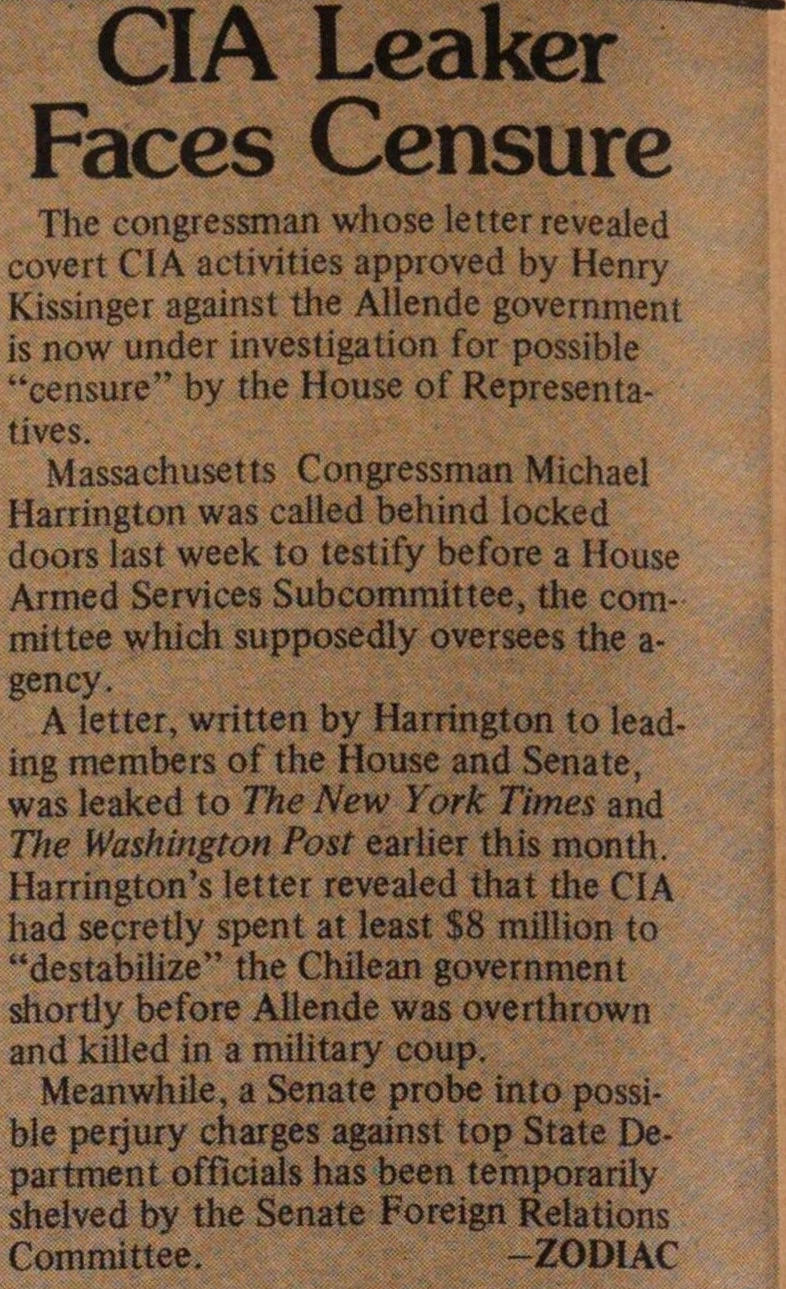 The congressman whose letter revealed covert CIA activities approved by Henry Kissinger against the Allende government is now under investigation for possible "censure" by the House of Representatives. Massachusetts Congressman Michael Harrington was called behind locked doors last week to testify before a House Armed Services Subcommittee, the committee which supposedly oversees the agency. A letter, written by Harrington to leading members of the House and Senate, was leaked to The New York Times and The Washington Post earlier this month. Harrington's letter revealed that the CIA had secretly spent at least $8 million to "destabilize" the Chitean government shortly before Allende was overthrown and killed in a military coup. Meanwhile, a Senate probe into possible perjury charges against top State Department officials has been temporarily shelved by the Senate Foreign Relations Committee.