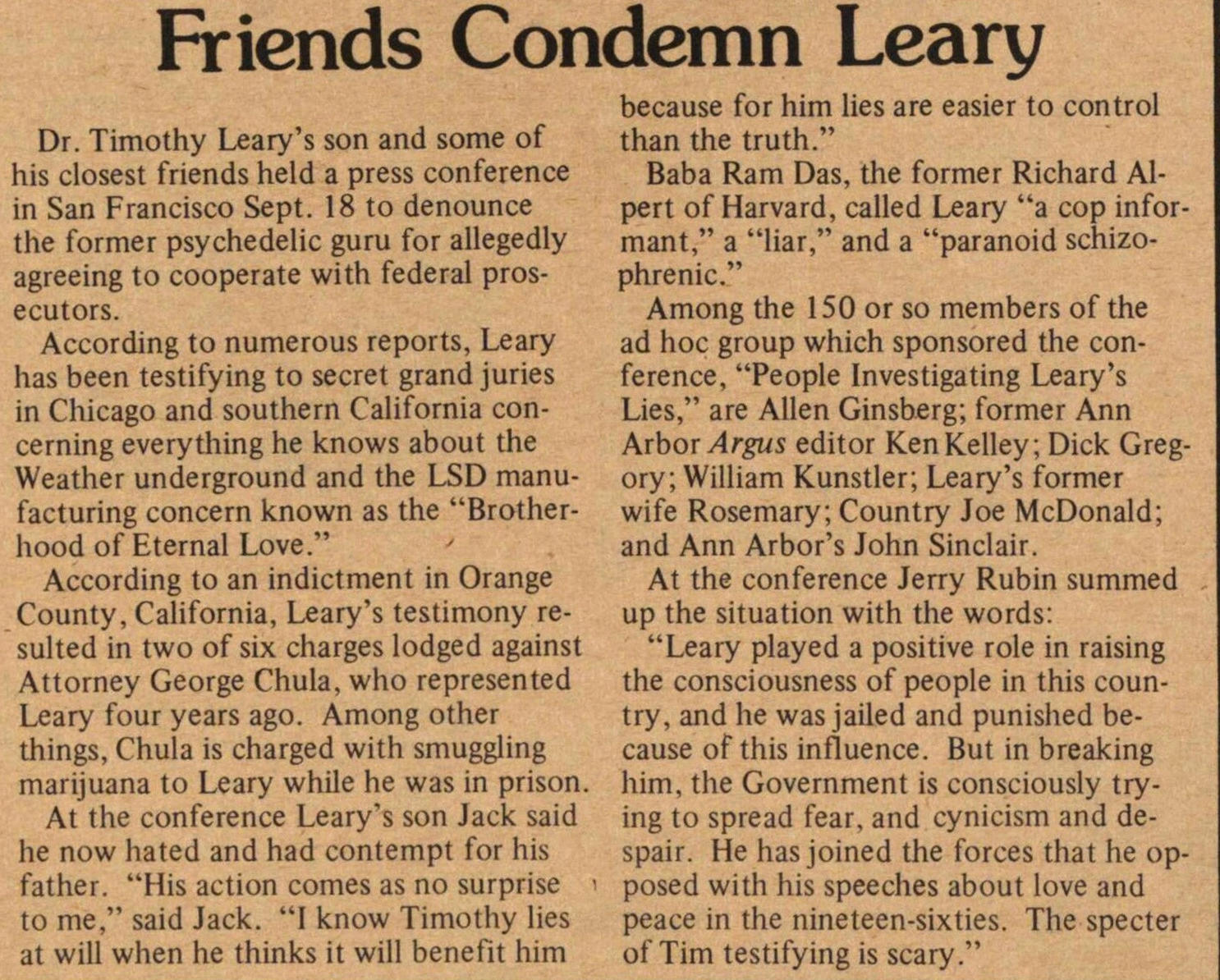 Dr. Timothy Leary's son and some of his closest friends held a press conference in San Francisco Sept. 18 to denounce the former psychedelic guru for allegedly agreeing to cooperate with federal prosecutors. According to numerous reports, Leary has been testifying to secret grand juries in Chicago and southern California concerning everything he knows about the Weather underground and the LSD manufacturing concern known as the "Brotherhood of Eternal Love." According to an indictment in Orange County, California, Leary's testimony resulted in two of six charges lodged against Attorney George Chula, who represented Leary four years ago. Among other things, Chula is charged with smuggling marijuana to Leary while he was in prison. At the conference Leary's son Jack said he now hated and had contempt for his father. "His action comes as no surprise to me," said Jack. "I know Timothy lies at will when he thinks it will benefit him because for him lies are easier to control than the truth." Baba Ram Das, the former Richard Alpert of Harvard, called Leary "a cop informant," a "liar," and a "paranoid schizophrenic." Among the 150 or so members of the ad hoc group which sponsored the conference, "People Investigating Leary's Lies," are Allen Ginsberg; former Ann ArborArgus editor KenKelley; Dick Gregory; William Kunstier; Leary's former wife Rosemary; Country Joe McDonald; and Ann Arbor's John Sinclair. At the conference Jerry Rubin summed up the situation with the words: "Leary played a positive role in raising the consciousness of people in this country, and he was jailed and punished because of this influence. But in breaking him, the Government is consciously trying to spread fear, and cynicism and despair. He has joined the forces that he opposed with his speeches about love and peace in the nineteen-sixties. The specter of Tim testifying is scary."