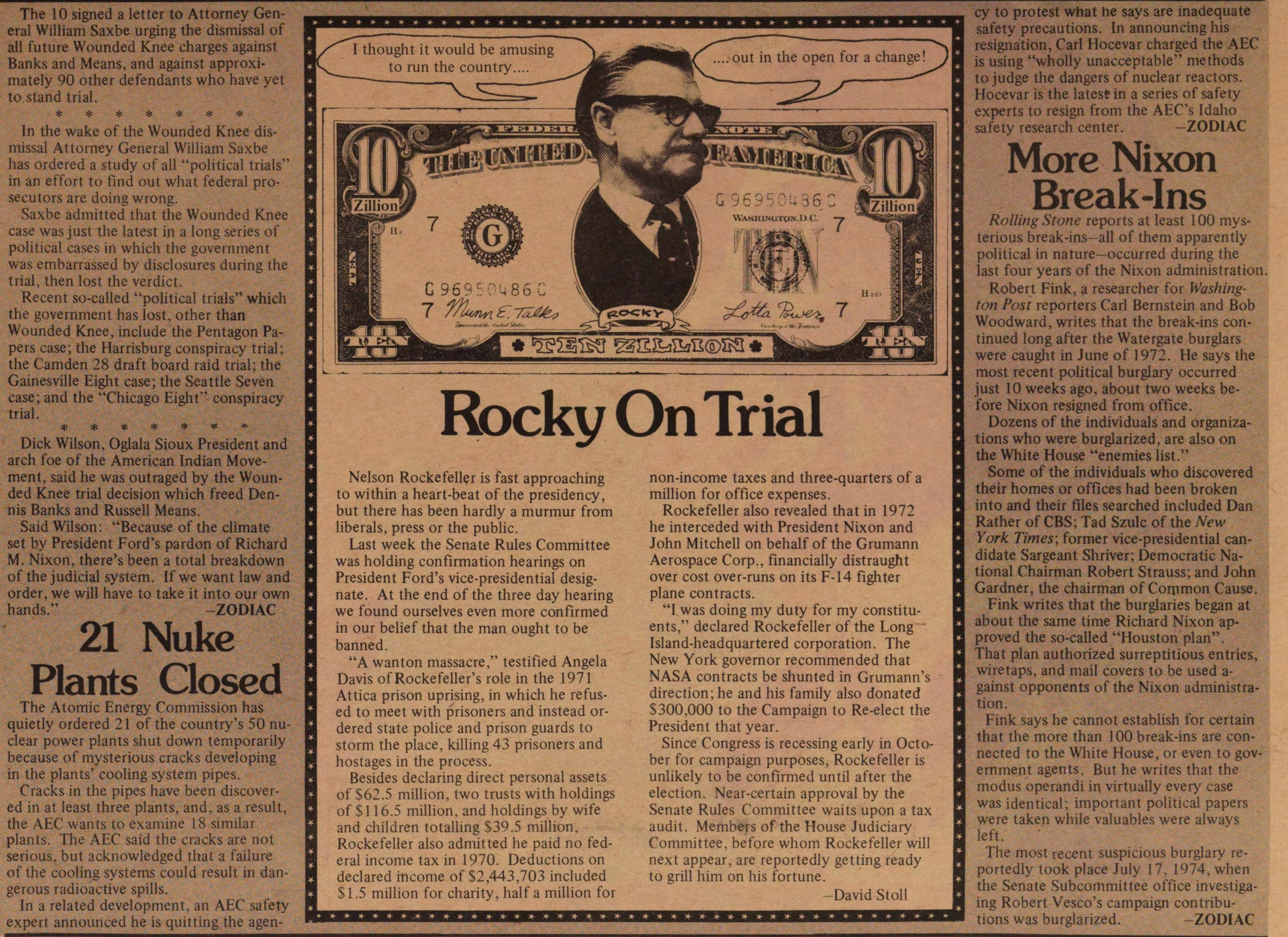 The Atomic Energy Commission has quietly ordered 21 of the country's 50 nuclear power plants shut down temporarily because of mysterious cracks developing in the plants' cooling system pipes. Cracks in the pipes have been discovered in at least three plants, and, as a resul t, the AEC wants to examine 18 similar plants. The AEC said the cracks are not serious, but acknowledged that a failure of the cooling systems could result in dangerous radioactive spills. In a related development, an AEC safety expert announced he is quitting the cy to protest what he says are inadequate safety precautions. In announcing his resignation, Cari Hocevar charged the AEC is using "wholly unacceptable" methods to judge the dangers of nuclear reactors. Hocevar is the latest in a series of safety experts to resien from the AEC's Idaho safety research center.