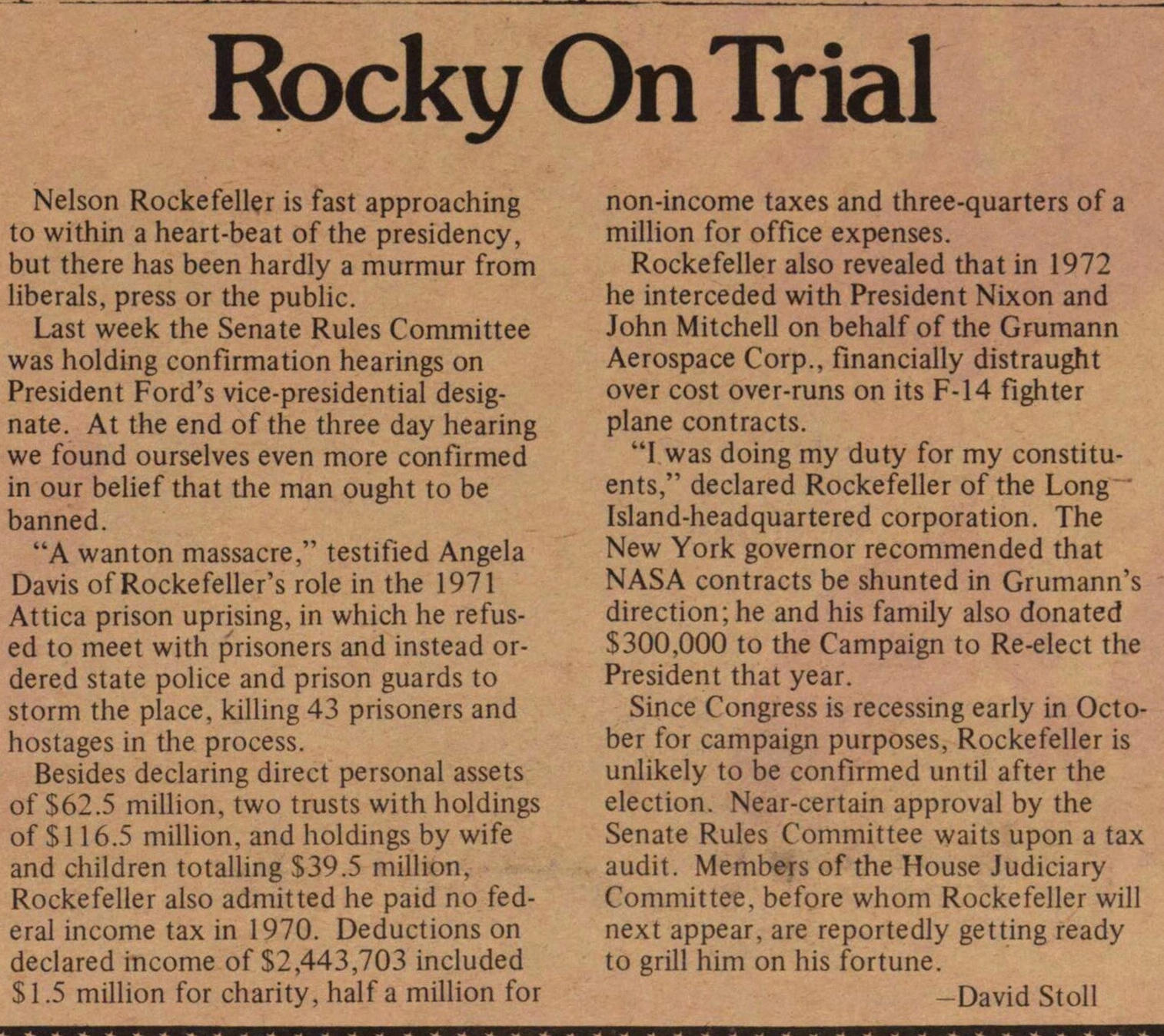 Nelson Rockefeller is fast approaching to within a heart-beat of the presidency, but there has been hardly a murmur from liberáis, press or the public. Last week the Senate Rules Committee was holding confirma tion hearings on President Ford's vice-presidential desígnate. At the end of the three day hearing we found ourselves even more confirmed in our belief that the man ought to be banned. "A wanton massacre," testified Angela Davis of Rockefeller's role in the 1971 Attica prison uprising, in which he refused to meet with prisoners and instead ordered state pólice and prison guards to storm the place, killing 43 prisoners and hostages in the process. Besides declaring direct personal assets of S62.5 million, two trusts with holdings of S 1 1 6.5 million. and holdings by wife and children totalling S39.5 million, Rockefeller also admitted he paid no federal income tax in 1970. Deductions on declared income of $2,443,703 included S 1 .5 million for charity, half a million for non-income taxes and three-quarters of a million for office expenses. Rockefeller also revealed that in 1972 he interceded with President Nixon and John Mitchell on behalf of the Grumann Aerospace Corp., financially distraught over cost over-runs on its F-14 fighter plane contracts. "I was doing my duty for my constituents," declared Rockefeller of the Long Island-headquartered Corporation. The New York governor recommended that NASA contracts be shunted in Grumann's direction; he and his family also donated $300,000 to the Campaign to Re-elect the President that year. Since Congress is recessing early in October for campaign purposes, Rockefeller is unlikely to be confirmed until after the election. Near-certain approval by the Senate Rules C'ommittee waits upon a tax audit. Members of the House Judiciary Committee, before whom Rockefeller will next appear, are reportedly getting ready to grill him on his fortune.