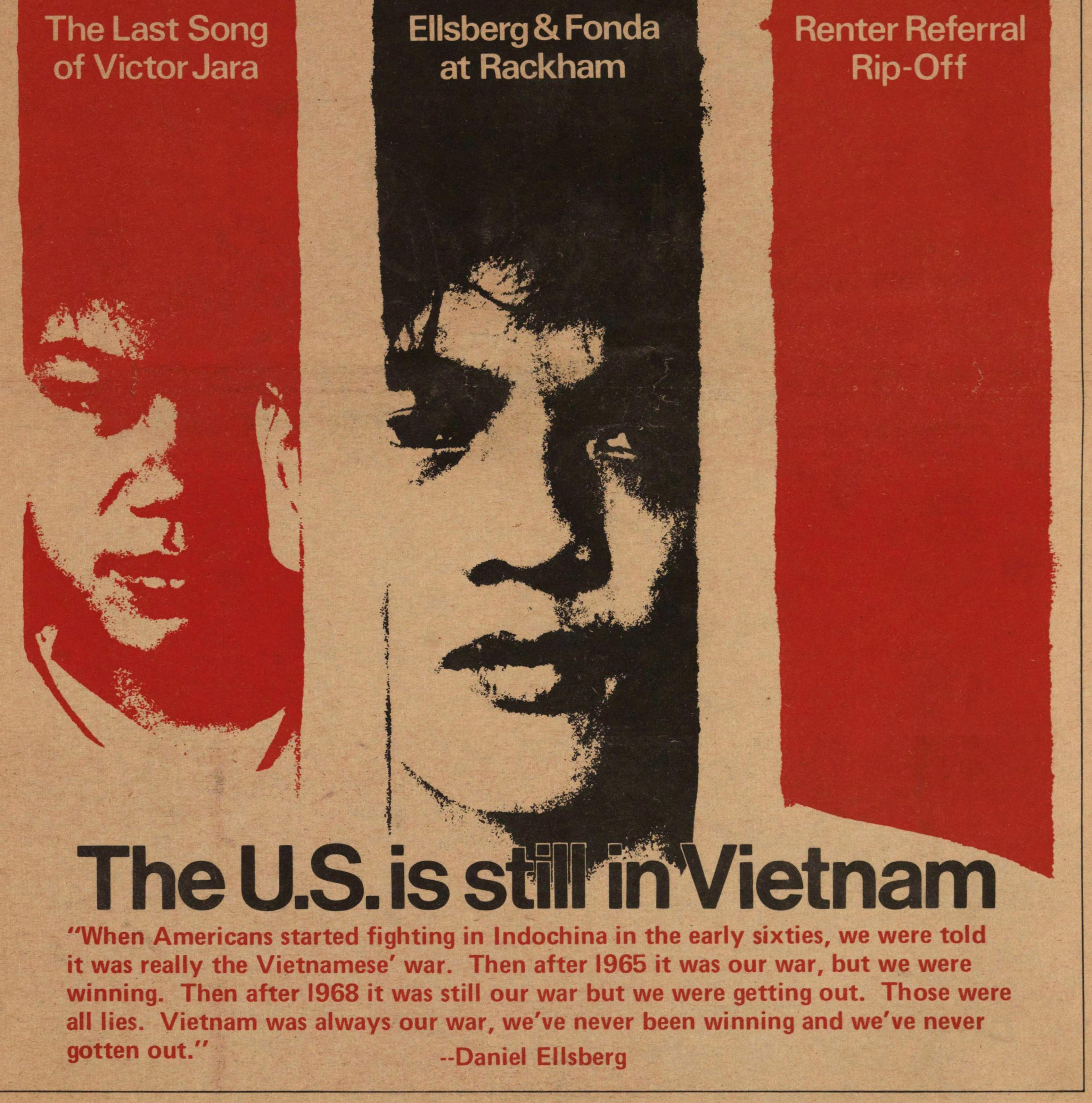 The U.S.ÍS sfflnRVietnam "When Americans started fighting in Indochina in the early sixties, we were told it was really the Vietnamese' war. Then after 1965 it was our war, but we were winning. Then after 1968 it was still our war but we were getting out. Those were all lies. Vietnam was always our war, we've never been winning and we've never gotten out." -Daniel Ellsberg BBl una