Where Is The Money Going? 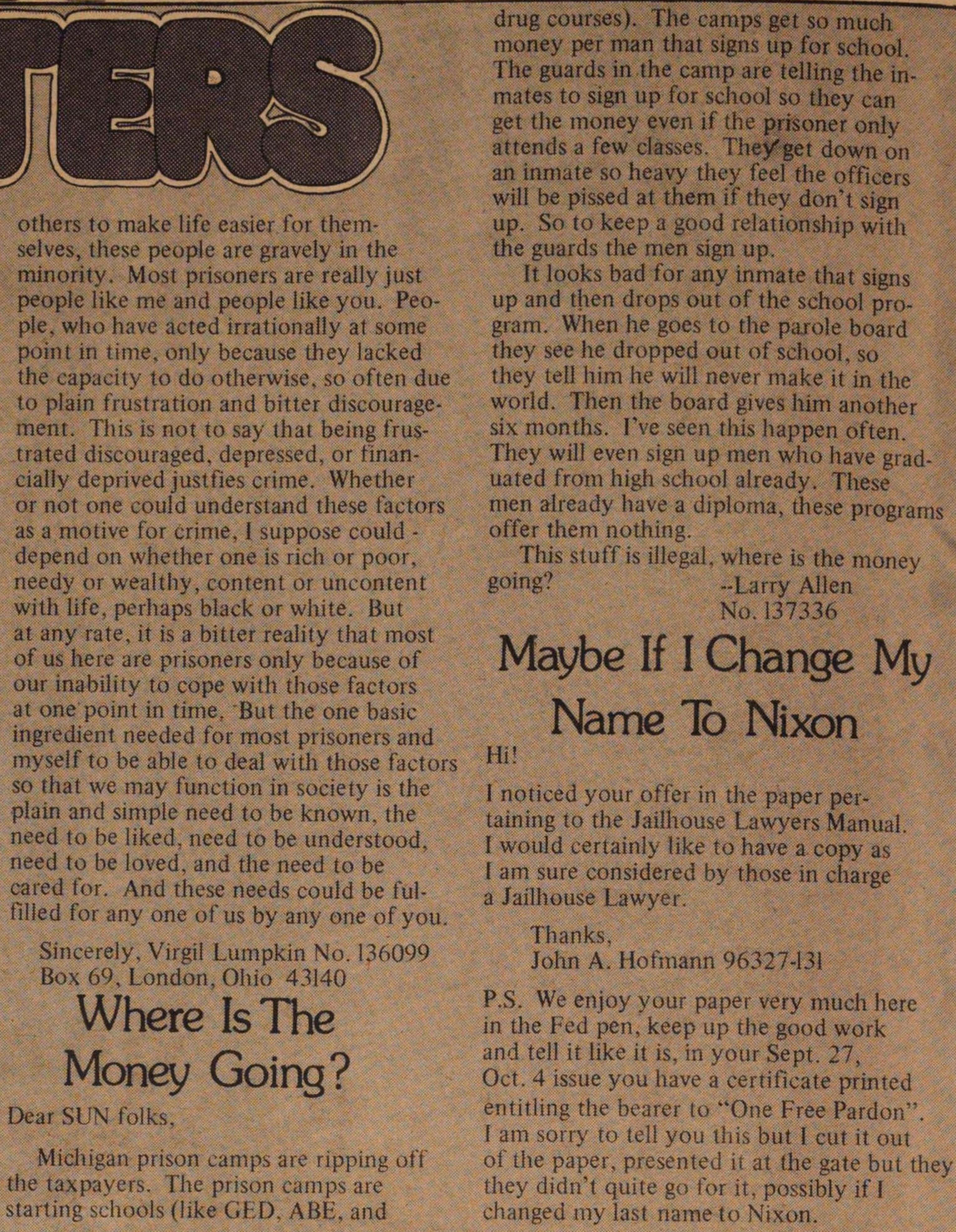 Michigan prison camps are ripping off the taxpayers. The prison camps are starting schools (like GED, ABE, and drug courses). The camps get so much money per man that signs up for school. The guards in the camp are telling the inmates to sign up for school so they can get the money even if the prisoner only attends a few classes. They get down on an inmate so heavy they feel the officers will be pissed at them if they don't sign up. So to keep a good relationship with the guards the men sign up.

It looks bad for any inmate that signs up and then drops out of the school program. When he goes to the parole board they see he dropped out of school, so they tell him he will never make it in the world. Then the board gives him another six months. I've seen this happen often. They will even sign up men who have graduated from high school already. These men already have a diploma, these programs offer them nothing.

This stuff is illegal, where is the money going?