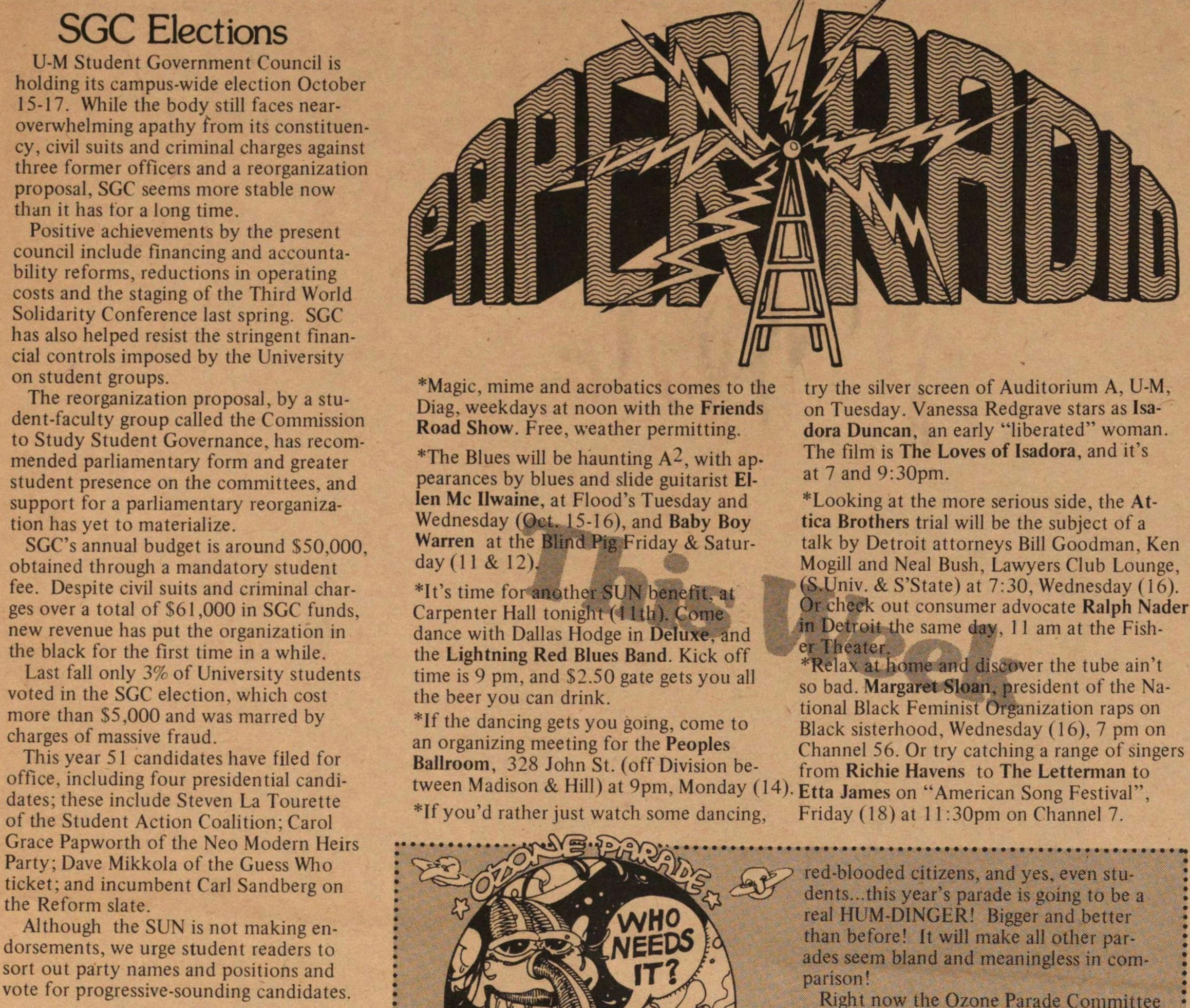 U-M Student Government Council is holding its campus-wide election October 15-17. While the body still faces near-overwhelming apathy from its constituency, civil suits and criminal charges against three former officers and a reorganization proposal, SGC seems more stable now than it has tor a long time.

Positive achievements by the present council include financing and accountability reforms, reductions in operating costs and the staging of the Third World Solidarity Conference last spring. SGC has also helped resist the stringent financial controls imposed by the University on student groups.

SGC's annual budget is around $50,000, obtained through a mandatory student fee. Despite civil suits and criminal charges over a total of $61,000 in SGC funds, new revenue has put the organization in the black for the first time in a while.

Last fall only 3% of University students voted in the SGC election, which cost more than $5,000 and was marred by charges of massive fraud. This year 5I candidates have filed for office, including four presidential candidates; these include Steven La Tourette of the Student Action Coalition; Carol Grace Papworth of the Neo Modern Heirs Party; Dave Mikkola of the Guess Who ticket; and incumbent Cari Sandberg on the Reform slate.

Although the SUN is not making endorsements, we urge student readers to sort out party names and positions and vote for progressive-sounding candidates.