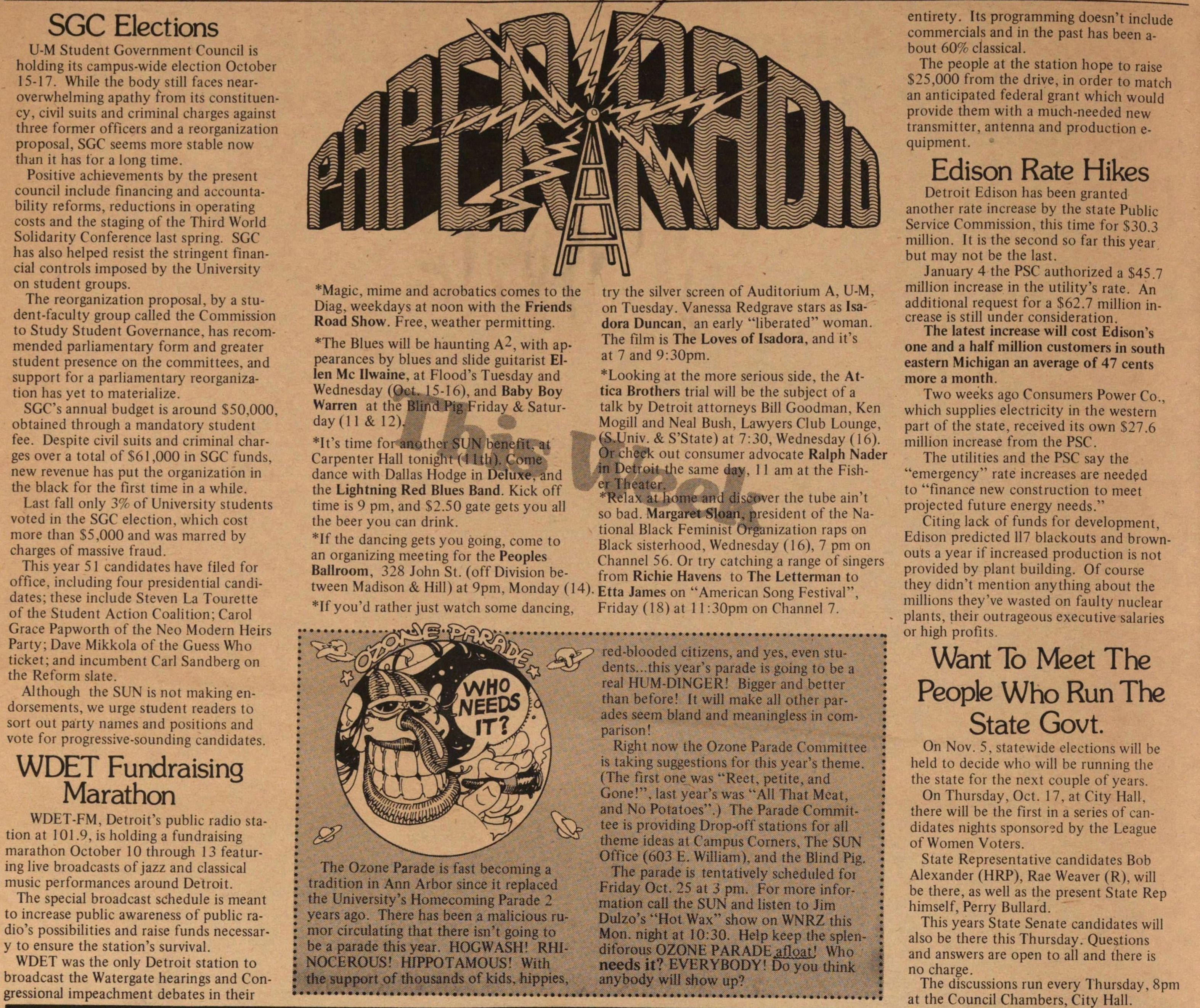 WDET-FM, Detroit's public radio station at 101 .9, is holding a fundraising marathon October 10 through 13 featuring live broadcasts of jazz and classical music performances around Detroit. The special broadcast schedule is meant to increase public awareness of public radio's possibilities and raise funds necessary to ensure the station's survival. WDET was the only Detroit station to broadcast the Watergate hearings and Congressional impeachment debates in their entirety. lts programming doesn't include commercials and in the past has been about 60% classical.

The people at the station hope to raise $25,000 from the drive, in order to match an anticipated federal grant which would provide them with a much-needed new transmitter, antenna and production equipment.