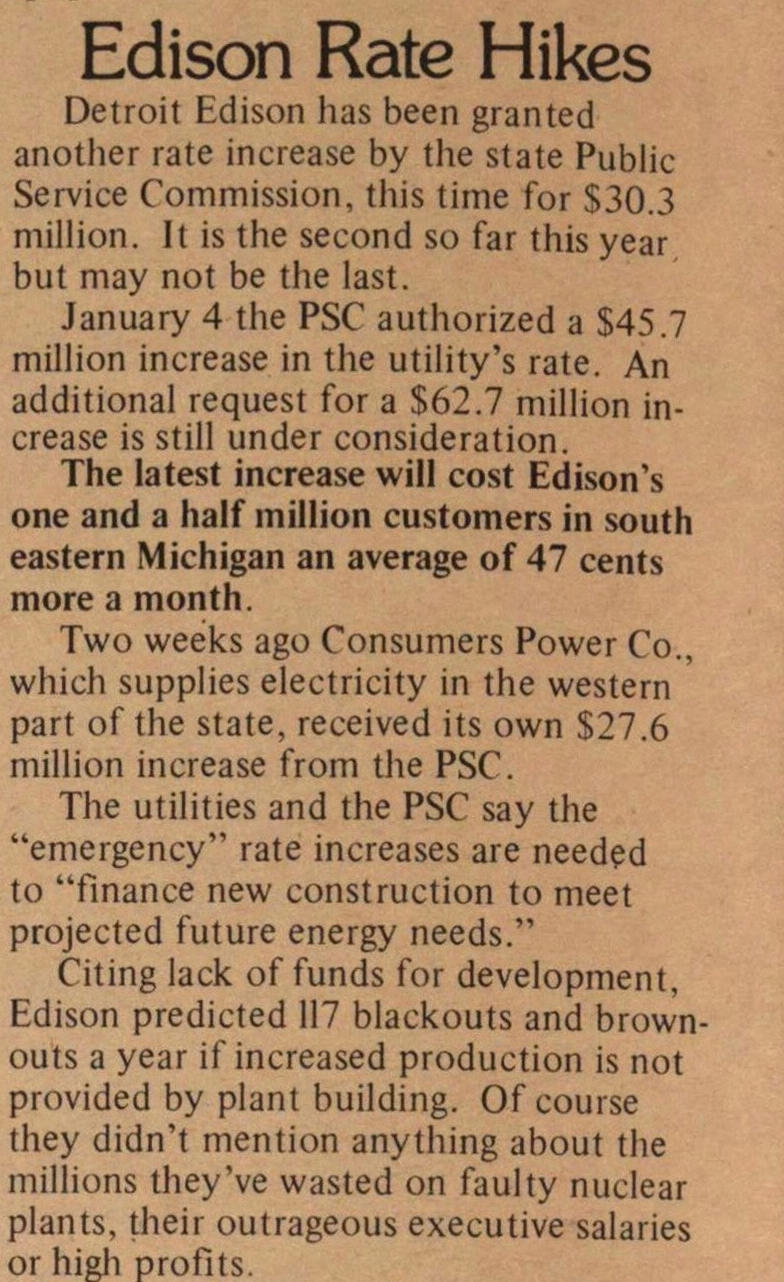 Detroit Edison has been granted another rate increase by the state Public Service Commission, this time for $30.3 million. It is the second so far this year but may not be the last. January 4 the PSC authorized a $45.7 million increase in the utility's rate. An additional request for a $62.7 million increase is still under consideration. The latest increase will cost Edison's one and a half million customers in south eastern Michigan an average of 47 cents more a month. Two weeks ago Consumers Power Co., which supplies electricity in the western part of the state, received its own $27.6 million increase from the PSC. The Utilities and the PSC say the "emergency" rate increases are needed to "finance new construction to meet projected future energy needs." Citing lack of funds for development, Edison predicted 117 blackouts and brownouts a year if increased production is not provided by plant building. Of course they didn't mention anything about the millions they've wasted on faulty nuclear plants, their outrageous executive salaries or high profits.