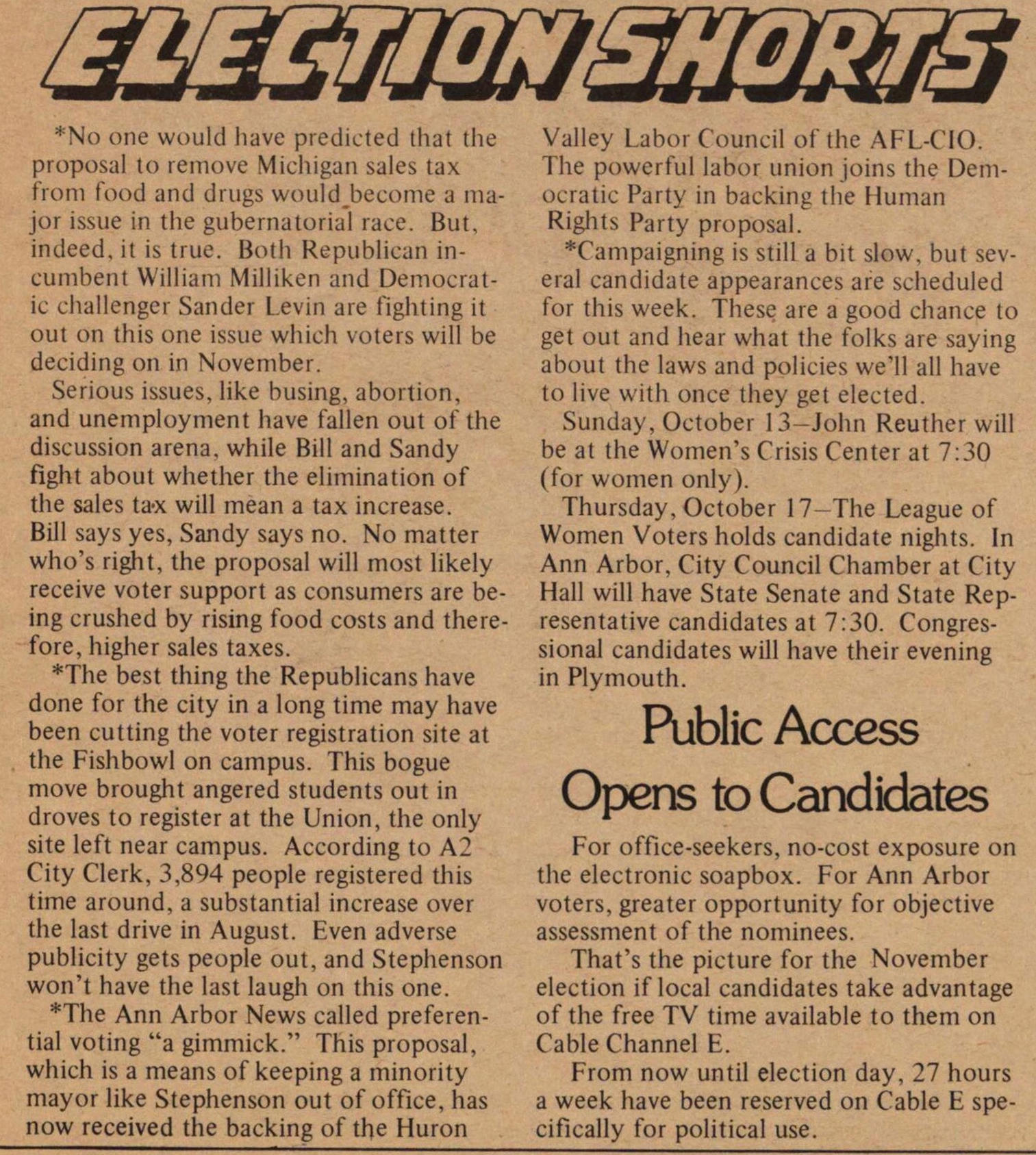 No one would have predicted that the proposal to remove Michigan sales tax from food and drugs would become a major issue in the gubernatorial race. But, indeed, it is true. Both Republican incumbent William Milliken and Democratic challenger Sander Levin are fighting it out on this one issue which voters will be deciding on in November.

Serious issues, like busing, abortion, and unemployment have fallen out of the discussion arena, while Bill and Sandy fight about whether the elimination of the sales tax will mean a tax increase. Bill says yes, Sandy says no. No matter who's right, the proposal will most likely receive voter support as consumers are being crushed by rising food costs and therefore, higher sales taxes.

The best thing the Republicans have done for the city in a long time may have been cutting the voter registration site at the Fishbowl on campus. This bogus move brought angered students out in droves to register at the Union, the only site left near campus. According to A2 City Clerk, 3,894 people registered this time around, a substantial increase over the last drive in August. Even adverse publicity gets people out, and Stephenson won't have the last laugh on this one.

The Ann Arbor News called preferential voting "a gimmick." This proposal, which is a means of keeping a minority mayor like Stephenson out of office, has now received the backing of the Huron Valley Labor Council of the AFL-CIO. The powerful labor union joins the Democratic Party in backing the Human Rights Party proposal.

Campaigning is still a bit slow, but several candidate appearances are scheduled for this week. These are a good chance to get out and hear what the folks are saying about the laws and policies we'll all have to live with once they get elected.

Sunday, October 13-John Reuther will be at the Women's Crisis Center at 7:30 (for women only).

Thursday, October 17- The League of Women Voters holds candidate nights. In Ann Arbor, City Council Chamber at City Hall will have State Senate and State Representative candidates at 7:30. Congressional candidates will have their evening in Plymouth.