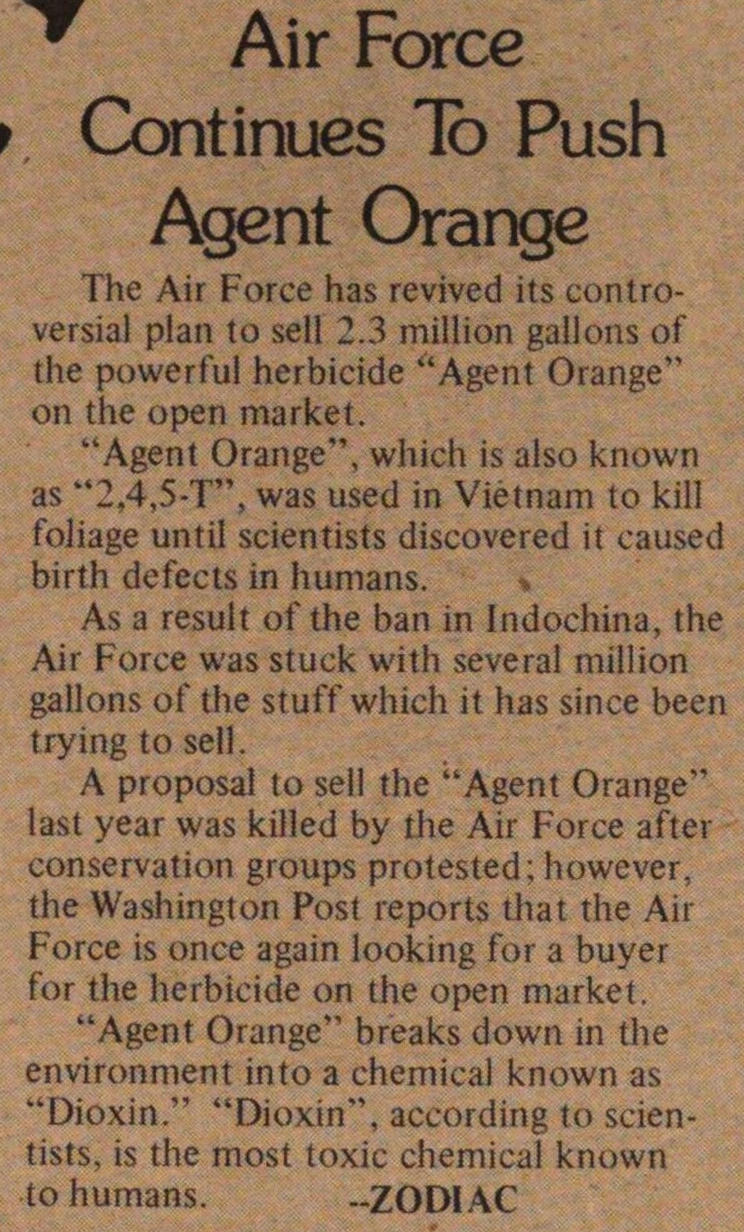 The Air Forcé has revived its controversia! pian to sell 2.3 million gallons of the powerful herbicide "Agent Orange'" on the open market. "Agent Orange", which is also known as "2.4,5-T", was used in Vietnam to kill foliage until scientists discovered tt caused birth defects in humans. As a result of the ban in Indochina, the Air Force was stuck with several million gallons of the stuff which it has since been trying to sell. A proposal to sell the "Agent Orange" last year was killed by the Air Force after conservation groups protested; however, the Washington Post reports that the Air Force is once again looking for a buyer for the herbicide on the open market. "Agent Orange" breaks down in the environment into a chemical known as "Dioxin." "Dioxin", according to scientists, is the most toxic chemical known to huinans.