Big Brother Is A Computer 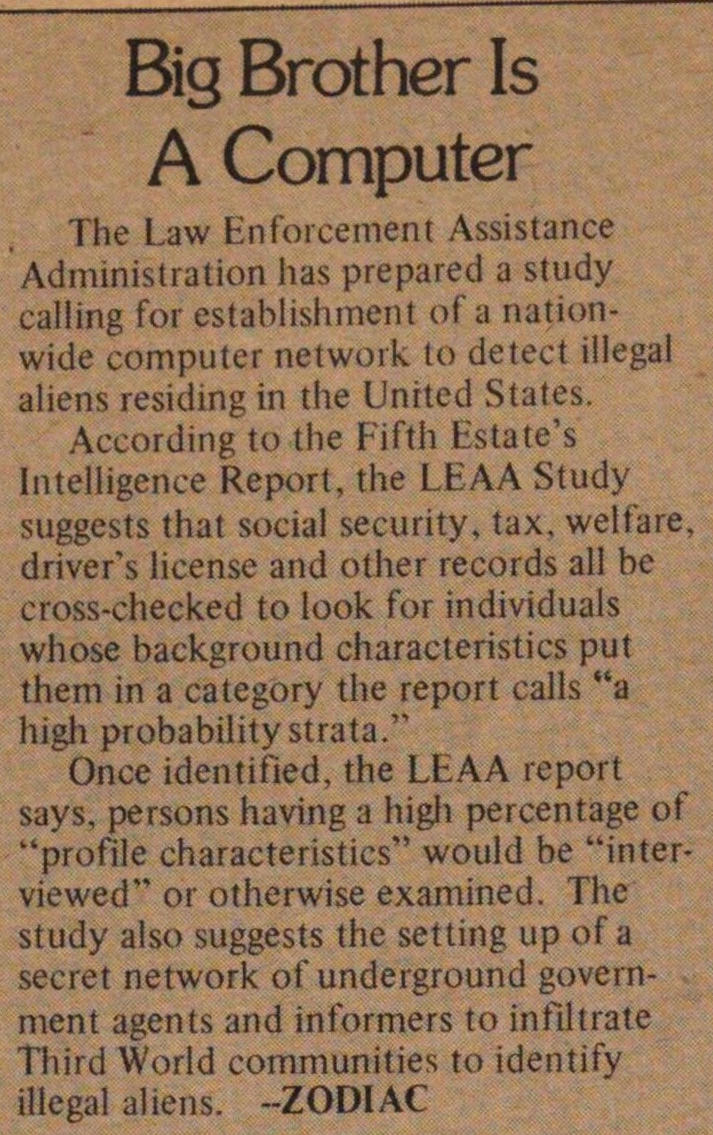 Big Brother Is A Computer

The Law Enforeement Assistance Administration has prepared a study calling for establishment of a nationwide computer network to detect illegal aliens residing the United States.

According to the Fifth Estate's Intelligence Report, the LEAA Study suggests that social security, tax, welfare, driver's license and other records all be cross-checked to look for individuals whose background characteristics put them in a category the report calls "a high probability strata."

Once identified, the LEAA report says, persons having a high percentage of "profile characteristics" would be "interviewed" or otherwise examined. The study also suggests the setting up of a secret network of underground government agents and informers to infiltrate Third World communities to identify illegal aliens.