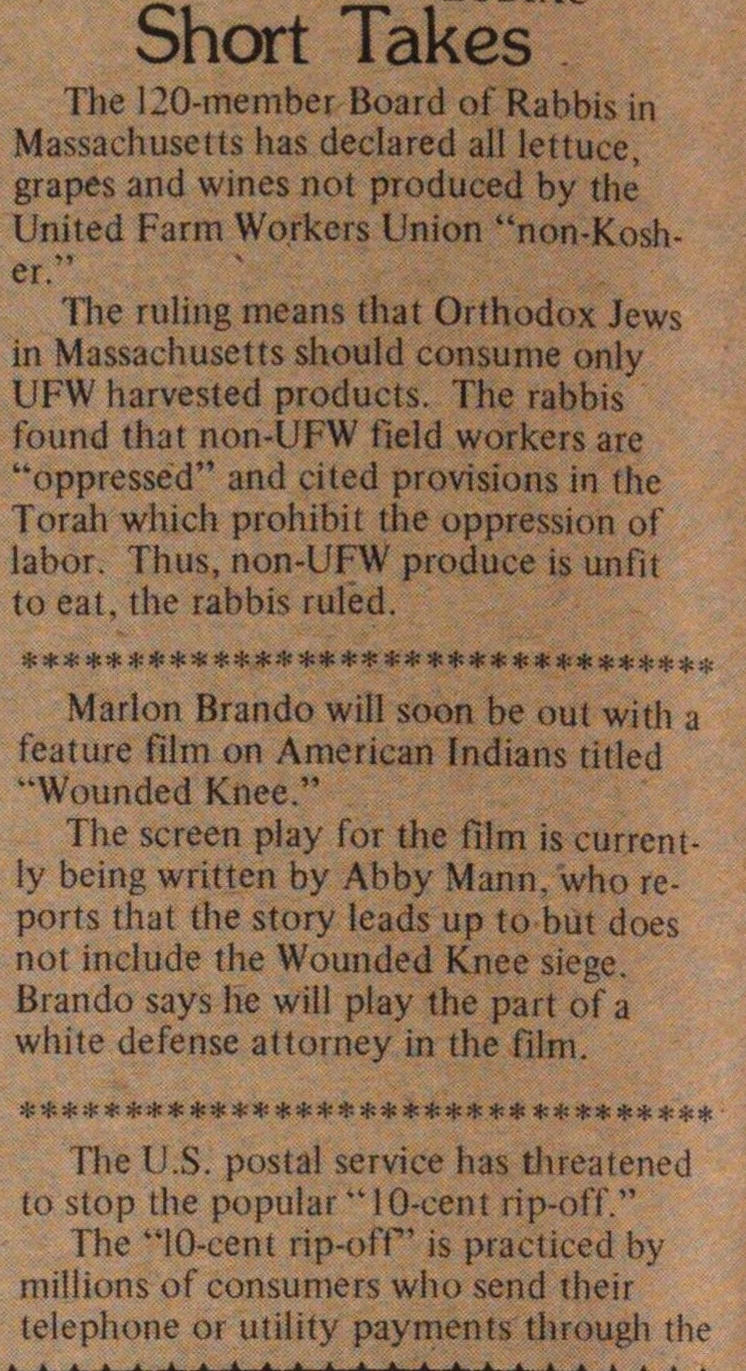 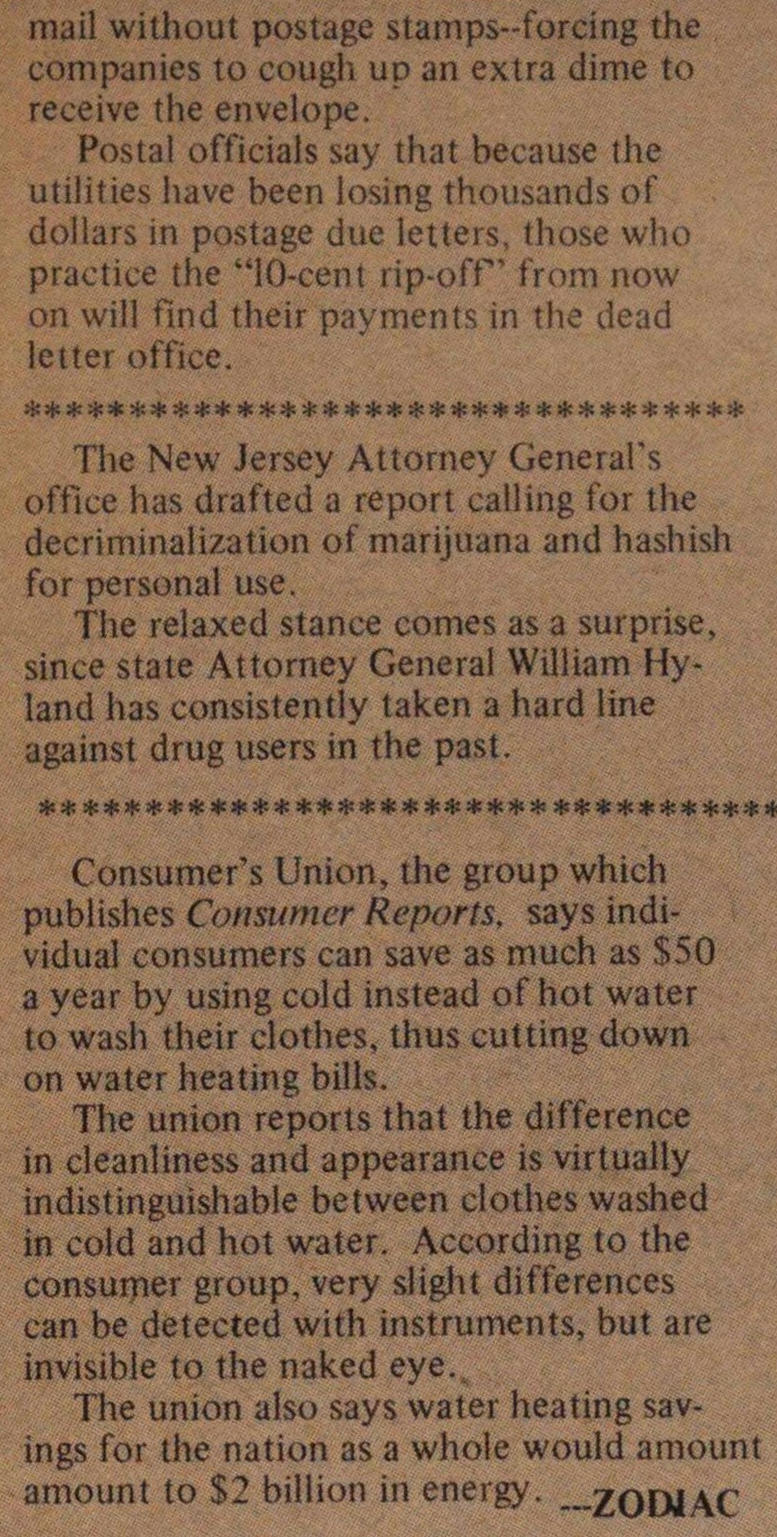 The 120-member Board of Rabbis in Massachusetts has declared all lcttucc, grapes and wines not produced by the United Farm Workcrs Llnion "non-Kosher." Tlie ruling means that Orthodox Jews in Massachusetts should consume only UFW harvested products. The rabbis fbund that non-UFW field workers are "oppressed" and cited provisions in the Torah which prohibit the oppression of labor. Thus, non-UFW produce is unfit to eat, the rabbis rulèd. Marión Brando wiíl soon be out with a feature film on American fndians titled "Wounded Knee." The screen play for the film is currently being written by Abby Mann. who reports that the story leads up to but does not include the Wounded Knee siege. Brando says he will play the part of a white defense attorney in the film. The U.S. postal service has threatened to stop the popular "1 O-cent rip-off." The "10-cent rip-off is practicad by millions of consumers who send iheir telephone or utility payments through the . i fc i i i A A X A A A A .A..AA h . mail without postage stamps-forcing the companies to cough up an extra dime to receive the envelope. PostLil officials say that because the Utilities liave been losing thousands of dollars in postage due letters, those who practice the "10-cent rip-ofT' from now on will find their payments in the dead letter office. The New Jersey Attorney General's office has drafted a report calling foi the decriminaliation ot marijuana and hashish for personal use. The relaxed stance comes as a surprise, since state Attorney General William Hyland has consistently taken a hard line against drug users in the past. f Consumer's Union, the group which publishes Consumar Reports, says individual consumers can save as much as S50 a year by using cold instead of hot water to wash their clothes, thus cutting down on water heating bilis. The union reporis that the difference in cleanliness and appearance is virtually indistinguishable befween clothes washed in cold and hot water. According to the consumer group, very slight differences can be detected with instruments, but are invisible to the naked eye. The union also says water heating savines for the nation as a whole would amount amount to $2 billion in energy.