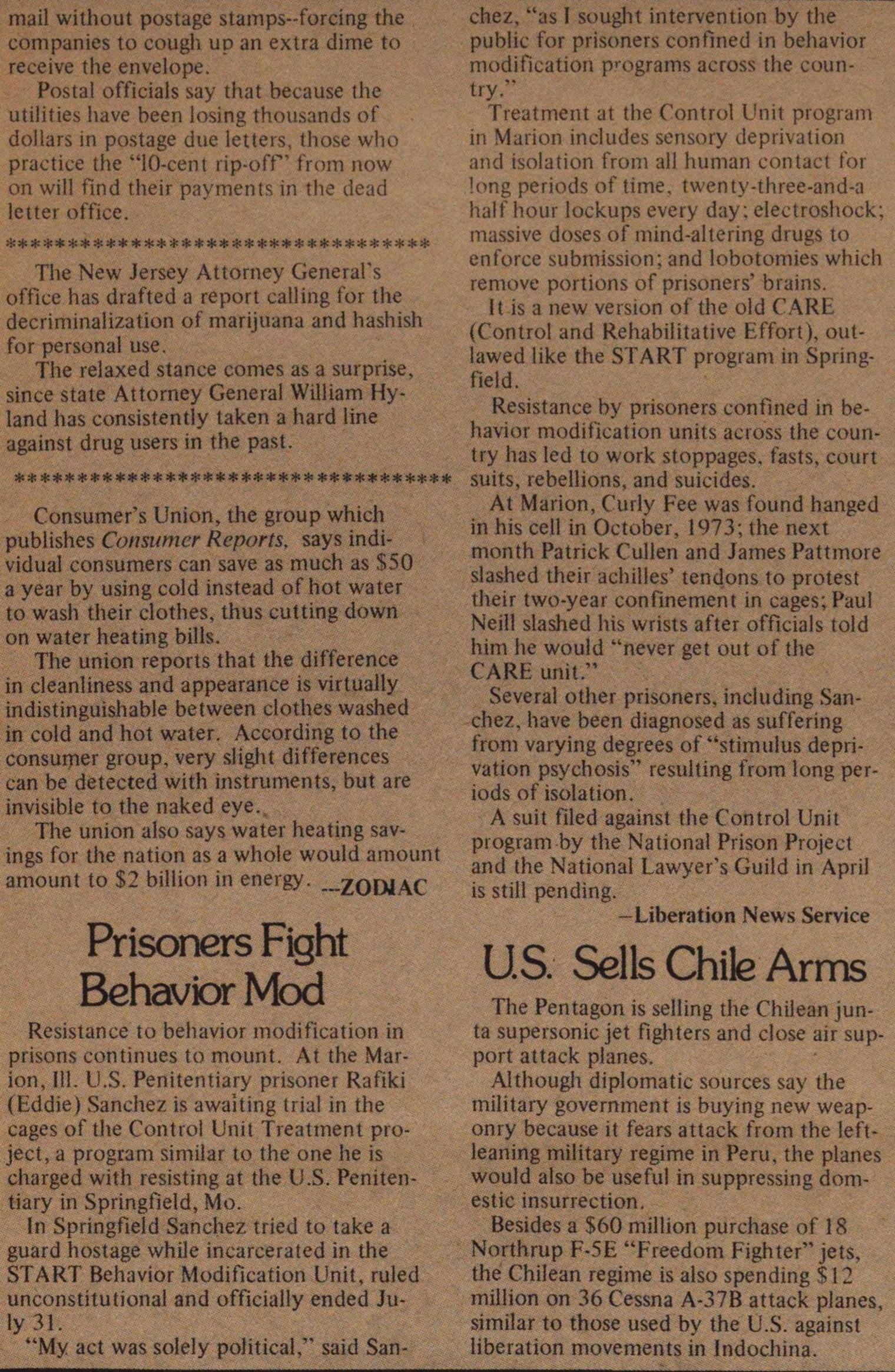 Resistance to behavior modification in prisons continúes to mount. At the Marion, 111. U.S. Penitentiary prisoner Rafiki (Eddie) Sánchez is awaiting trial in the cages of the Control Unit Treatment project, a program similar to the one he is charged with resisting at the U.S. Penitentiary in Springfield, Mo. In Springfield Sánchez tried to take a guard hostage while incarcerated in the START Behavior Modification Unit, ruled unconstitutional and officially ended July 31. "My act was solely political," said chez, "'iis 1 sought intervention by the public for prisoners confined in behavior modification programs across the country." Treatment at the Control Unit program in Marión includes sensory deprivation and tsolation from all human contad for long periods of time. twenty-three-and-a half hour lockups every day;electroshock: massive doses of mind-altering drugs to enforce submission; and lobotomies which remove portions of prisoners' brains. It is a new versión of the oíd CARI, (Control and Rehabilitative EfFort), outlawed like the START program in Springfield. Resistance by prisoners confined in behavior modification units across the country has led to work stoppages. fasts, court suits. rebellions, and suicides. At Marión, Cuily Fee was found hanged in lm cell in October, 1973; the next month Patrick Cullen and James Pattmore slashed their achules' tendons to protest their two-year confinement in cages;Paul Neil! slashed his vvrists after officials told him he would "never get out of the CARE unit." Several other prisoners, including Sánchez, have been diagnosed as suffering from varying degrees of "stimulus deprivation psychosis" resulting from long periods of isolation. A suit filed against the Control Unit program by the National Prison Project and the National Lawyer's Guild in April is still pending.