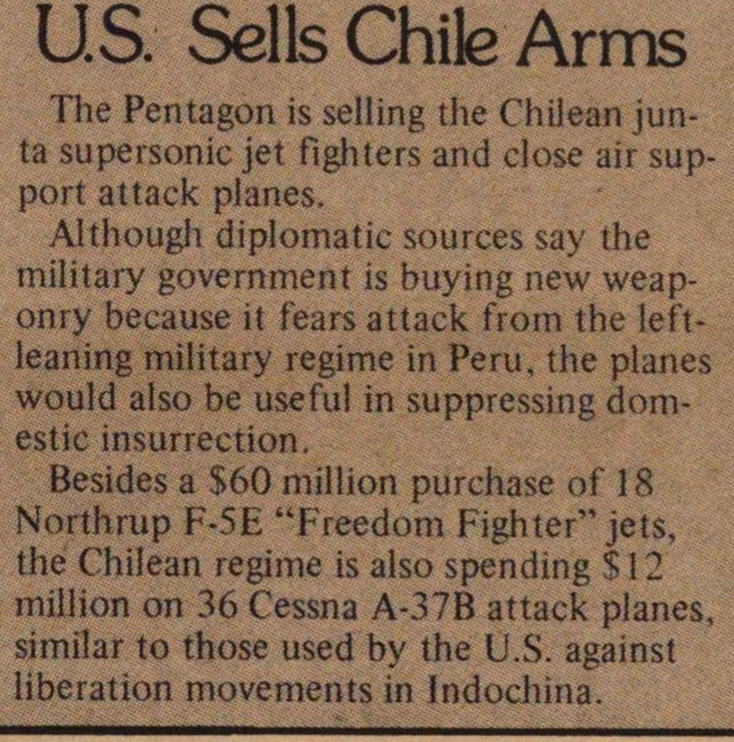 Although diplomatic sources say the military government is buying new weaponry because it fears attack from the left leaning military regime in Peru, the planes would also be useful in suppressing domestic insurrection.

Besides a $60 million purchase of 18 Northrup F-5E "Freedom Fighter" jets, the Chilean regime is also spending $12 million on 36 Cessna A-37B attack planes, similar to those used by the U.S. against liberation movements in Indochina.