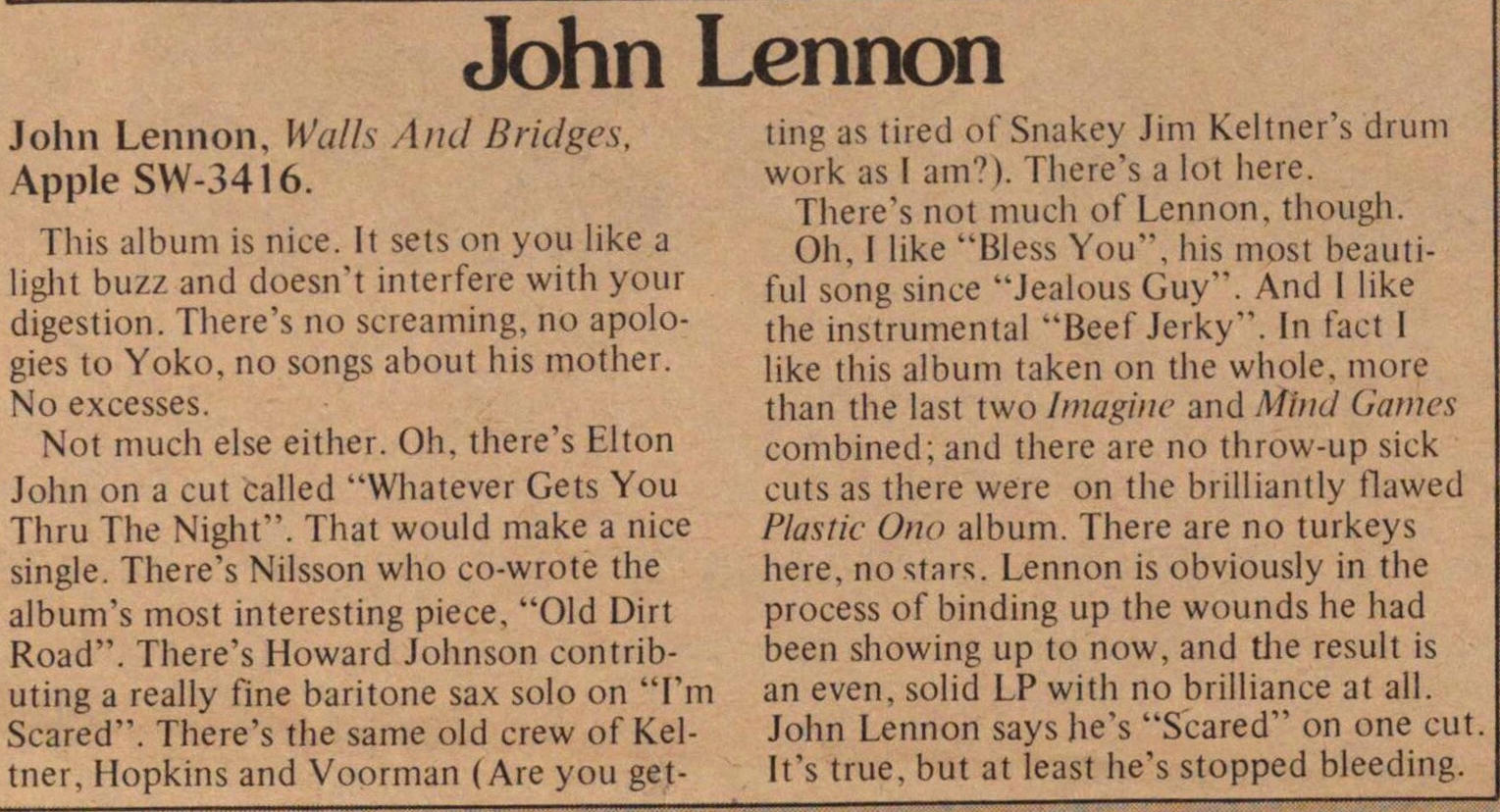 John Lennon, Walls And Bridges, Apple SYV-34 16. This album is nice. It sets on you like a light buz and doesn't interfere with your digestión. Tliere's no screaming, no apologies to Yoko, no songs aboul his mother. No excesses. Not much else either. Oh. there's Elton John on a cut called -'Whatever Gets You Tliru The Night". That would make a nice single. There's Nilsson who co-wrote the album's most interesting piece, "Old Dirt Road". Tliere's Howard Jolinson contributing a really fine baritone sax solo on "Fm Scared". Tliere's the same old crew of Keltner, Hopkins and Voorman (Are you ting as tired of Snakey Jim Keltner's drum work as I am?). Tliere's a lot here. There's not much of Lennon, though. Oh, I like "Bless You", li is most beautiful song since "Jealous Guy". And 1 like the instrumental "Beef Jerky". In fací I like this album taken on the whole. more than the last two Imagine and Mimi (ames combined;and therc are no throw-up sick cuts as there were on the brUliantly flawed Plaslie Ono album. There are no turkeys here, no stars. Lennon is obviously in the process of binding up the wounds he had been showing up to now, and the result is an even, solid LP with no brilliance at all. John Lennon sayshe's "Scared" on one cut. It's true. but at least he's stopped bleeding.