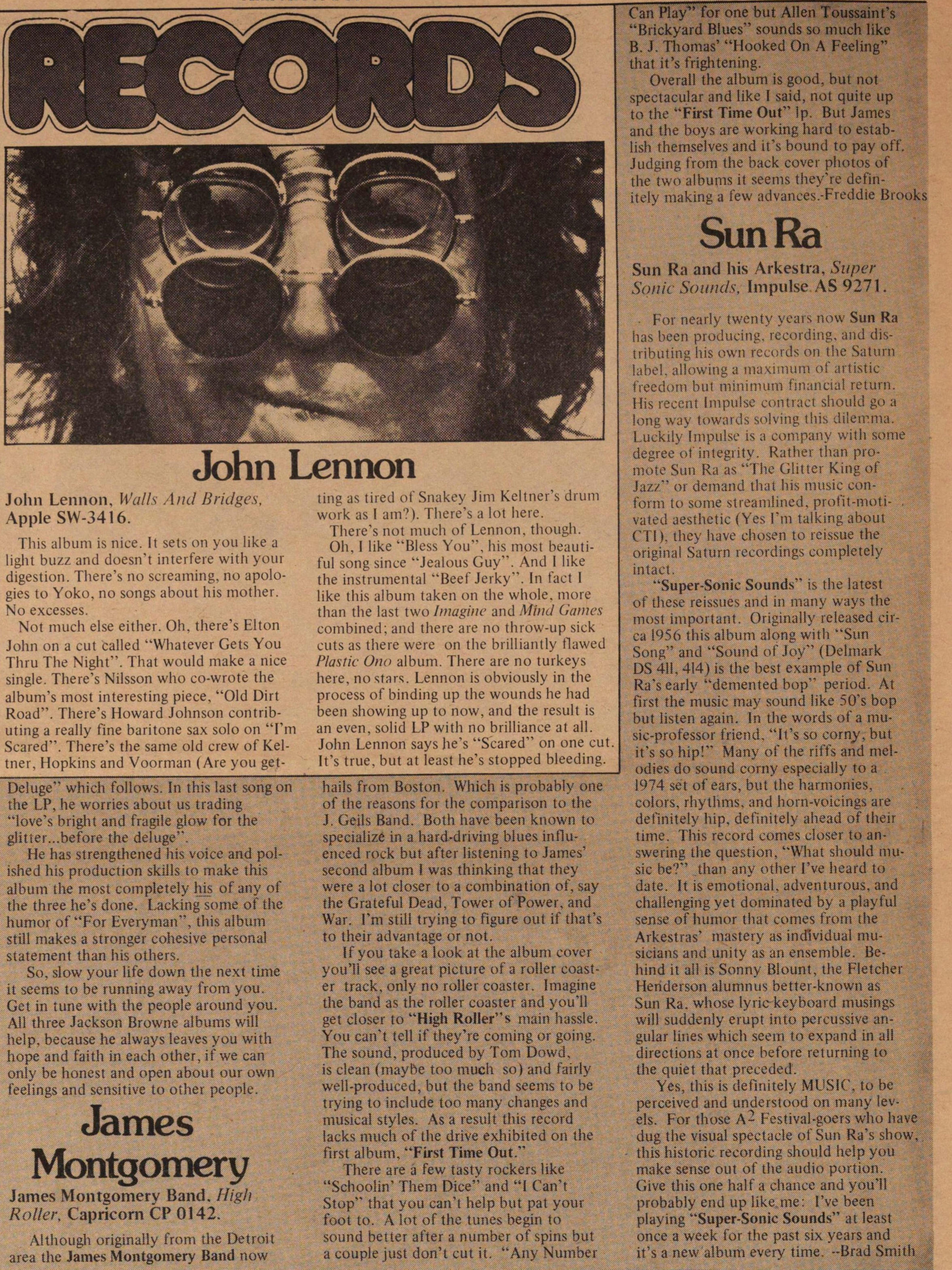 James Montgomery Band. High Roller. Capricom CP 0142. Althougli originally from the Detroit área the James Montgomery Band now hails from Boston. Which is probably one of the reasons for the comparison to the J, Geils Band. Both have been known to specializé in a hard-driving blues influenced rock but after listening to James' second album I was thinking that they were a lot closer to a combination of, say the Grateful Dead, Tower of Power, and War. Vm still trying to figure out if that's to their advantage or not. If you take a look at the album cover you'll see a great picture of a roller coaster track, only no roller coaster. Imagine Üie band as the roller coaster and you'll get closer to "High Roller" s main hassle. You can't teil if they're coming or going. The sound, produced by Torn Dowd, is clean (maybe too much so) and fairly well-produced, but the band seems to be trying to include too many changes and musical styles. As a result tliis record lacks much of the drive exhibited on the first album, "First Time Out." There are á few tasty rockers like "Schoolin' Them Dice" and "I Can't Stop" that you can't help but pat your foot to. A lot of the tunes begin to sound bet ter after a number of spins but a couple just don't cut it. "Any Number Can Play" for one but Alien Toussaint's "Backyard Blues" sounds so much like B. J. Tilomas' "Hooked On A Feeling" that it's frightening. Overall the album is good, but not spectacular and like I said, not quite up to the "First Time Out" lp. But James and the boys are working hard to establish themselves and il 's bound to pay off. Judging from the back cover photos of thp twn albums it seems tliev're itely making a few