A New TV Station For A2 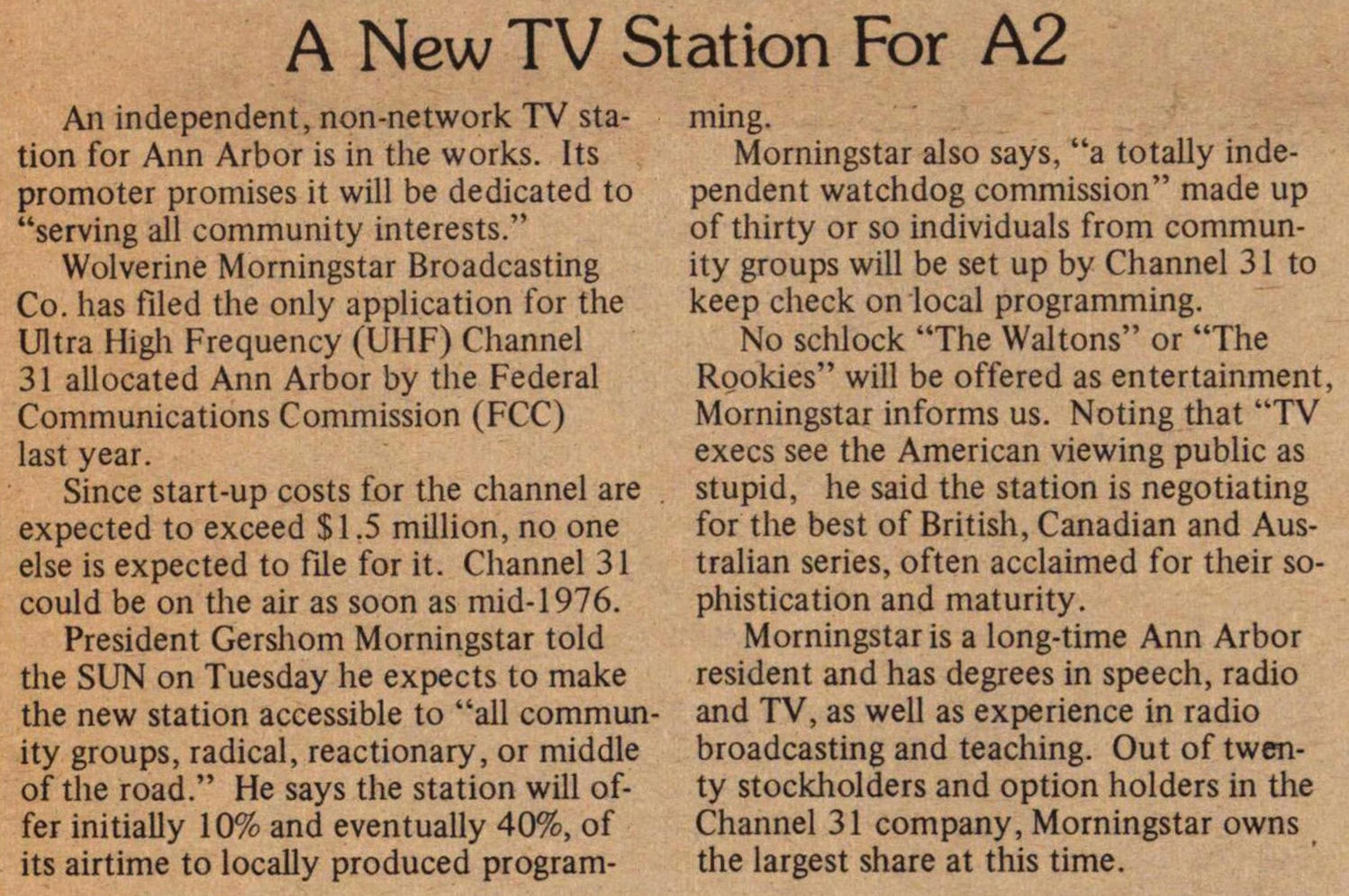 A New TV Station For A2

An independent, non-network TV station for Ann Arbor is in the works. lts promoter promises it will be dedicated to "serving all community interests."

Since start-up costs for the channel are expected to exceed $1.5 million, no one else is expected to file for it. Channel 31 could be on the air as soon as mid-1976.

President Gershom Morningstar told the SUN on Tuesday he expects to make the new station accessible to "all community groups, radical, reactionary, or middle of the road." He says the station will offer initially 10% and eventually 40%, of its airtime to locally produced programming.

Morningstar also says, "a totally independent watchdog commission" made up of thirty or so individuals from community groups will be set up by Channel 31 to keep check on local programming.

No schlock "The Waltons" or "The Rookies" will be offered as entertainment, Morningstar informs us. Noting that "TV execs see the American viewing public as stupid, he said the station is negotiating for the best of British, Canadian and Australian series, often acclaimed for their sophistication and maturity.

Morningstar is a long-time Ann Arbor resident and has degrees in speech, radio and TV, as well as experience in radio broadcasting and teaching. Out of twenty stockholders and option holders in the Channel 31 company, Morningstar owns the largest share at this time.