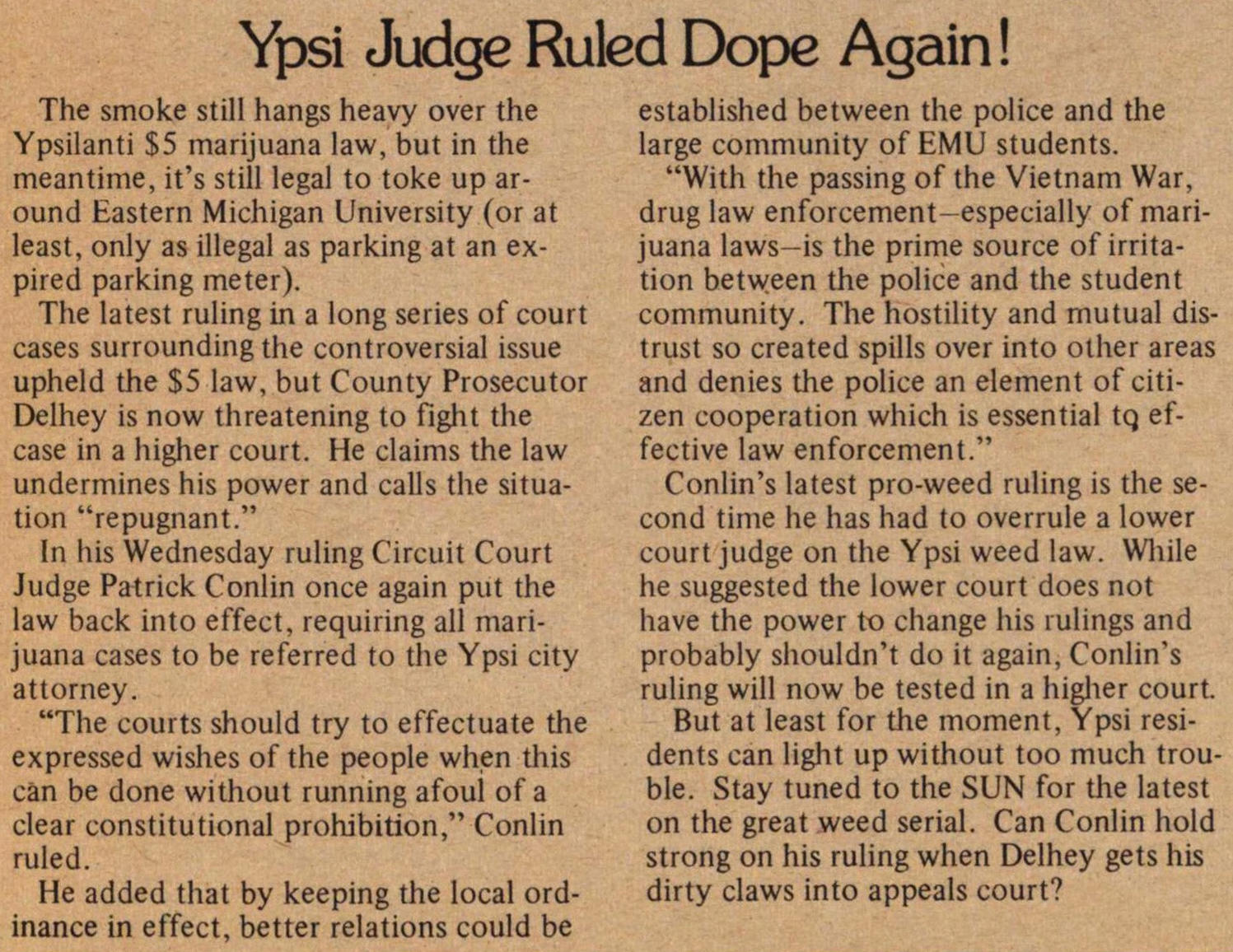 The smoke still hangs heavy over the Ypsilanti $5 marijuana law, but in the meantime, it's still legal to toke up around Eastern Michigan University (or at least, only as illegal as parking at an expired parking meter).

The latest ruling in a long series of court cases surrounding the controversial issue upheld the $5 law, but County Prosecutor Delhey is now threatening to fight the case in a higher court. He claims the law undermines his power and calls the situation "repugnant."

In his Wednesday ruling Circuit Court Judge Patrick Conlin once again put the law back into effect, requiring all marijuana cases to be referred to the Ypsi city attorney. "The courts should try to effectuate the expressed wishes of the people when this can be done without running afoul of a clear constitutional prohibition," Conlin ruled.

He added that by keeping the local ordinance in effect, better relations could be established between the police and the large community of EMU students.

"With the passing of the Vietnam War, drug law enforcement-especially of marijuana laws-is the prime source of irritation between the police and the student community. The hostility and mutual distrust so created spills over into other areas and denies the police an element of citizen cooperation which is essential to effective law enforcement."

Conlin's latest pro-weed ruling is the second time he has had to overrule a lower court judge on the Ypsi weed law. While he suggested the lower court does not have the power to change his rulings and probably shouldn't do it again, Conlin's ruling will now be tested in a higher court.

But at least for the moment, Ypsi residents can light up without too much trouble. Stay tuned to the SUN for the latest on the great weed serial. Can Conlin hold strong on his ruling when Delhey gets his dirty claws into appeals court?