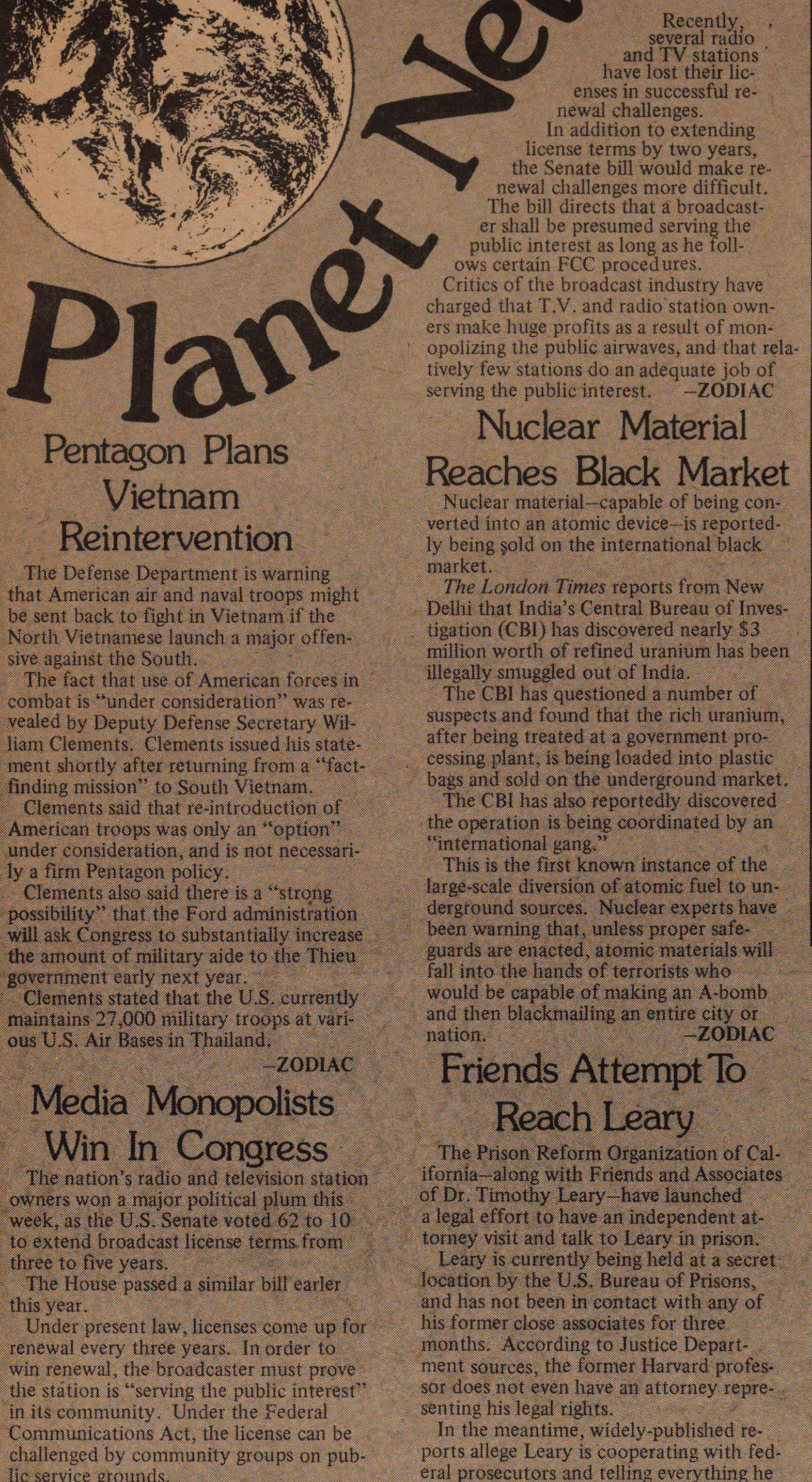 The nation's radio and television station owners won a major political plum this week, as the U.S. Senate voted 62 to 10 to extend broadcast license terms from three to five years.

The House passed a similar bill earler this year.

Under present law, licenses come up for renewal every three years. In order to win renewal, the broadcaster must prove the station is "serving the public interest" in its community. Under the Federal Communications Act, the license can be challenged by community groups on public service grounds.

Recently, several radio and TV stations have lost their licenses in successful renewal challenges. In addition to extending license terms by two years, the Senate bill would make renewal challenges more difficult. The bill directs that a broadcaster shall be presumed serving the public interest as long as he  follows certain FCC procedures. Critics of the broadcast industry have charged that T.V. and radio station owners make huge profits as a result of monopolizing the public airwaves, and that relatively few stations do an adequate job of serving the public interest.