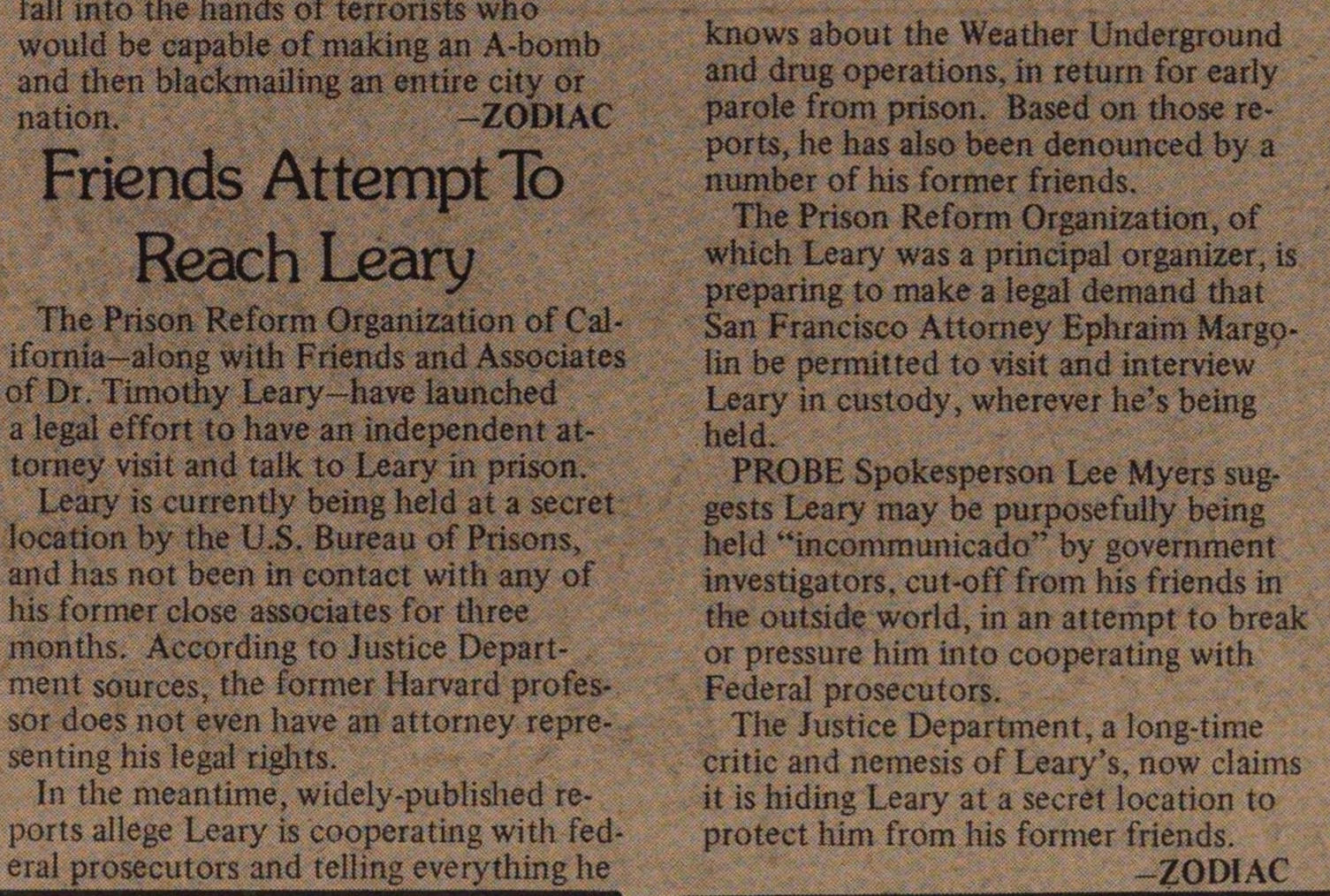 The Prison Reform Organization of Calfornia-along with Friends and Associates of Dr. Timothy Leary-have launched a legal effort to have an independent attorney visit and talk to Leary in prison.

Leary is currently being held at a secret location by the U.S. Bureau of Prisons, and has not been in contact with any of his former close associates for tliree months. According to Justice Department sources, the former Harvard professor does not even have an attorney representing his legal rights.

In the meantime, widely-published reports allege Leary is cooperating with federal prosecutors and telling everything he knows about the Weather Underground and drug operations, in return for eariy parole from prison. Based on those reports, he has also been denounced by a number of his former friends.

The Prison Reform Organization, of which Leary was a principal organizer, is preparing to make a legal demand that San Francisco Attorney Ephraim Margolin be permitted to visit and interview Leary in custody, wherever he's being held.

PROBE Spokesperson Lee Myers suggests Leary may be purposefully being held "incommunicado" by governrnent investigators, cut-off from his friends in the outside world, in an attempt to break or pressure him into cooperating with Federal prosecutors.

The Justice Department, a long-time critic and nemesis of Leary's, now claims it is hiding Leary at a secret location to protect him from his former friends.