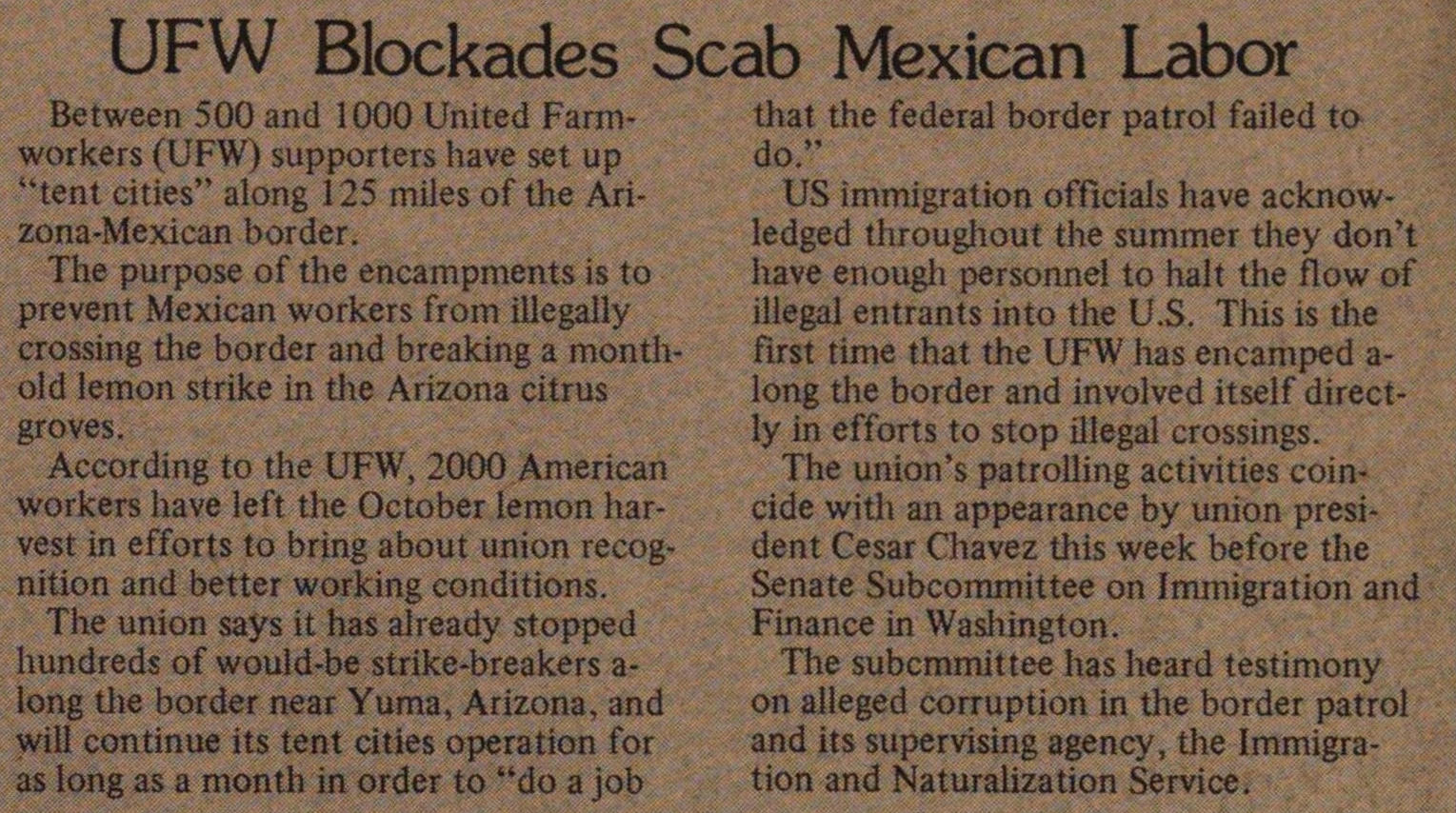 Between 500 and 1000 United Farmworkers (UFW) supporters have set up "tent cities" along 125 miles of the Arizona-Mexican border.

The purpose of the encampments is to prevent Mexican workers from illegally crossing the border and breaking a month old lemon strike in the Arizona citrus groves.

According to the UFW, 2000 American workers have left the October lemon harvest in efforts to bring about union recognition and better working conditions.

The union says it has already stopped hundreds of would-be strike-breakers along the border near Yuma, Arizona, and will continue its tent cities operation for as long as a month in order to "do a job that the federal border patrol failed to do."

US immigration officials have acknowledged throughout the summer they don't have enough personnel to halt the flow of illegal entrants into the U.S. This is the first time that the UFW has encamped along the border and involved itself directly in efforts to stop illegal crossings.

The union's patrolling activities coincide with an appearance by union president Cesar Chavez this week before the Senate Subcommittee on Immigration and Finance in Washington.

The subcommittee has heard testimony on alleged corruption in the border patrol and its supervising agency, the Immigration and Naturalization Service.