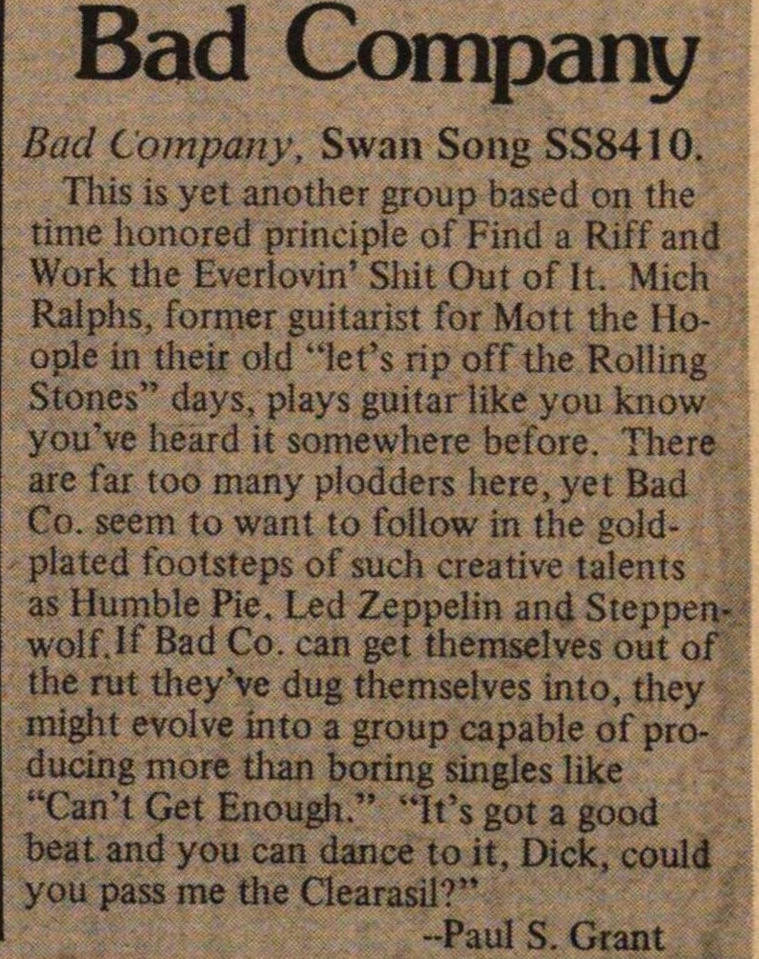 This is yet another group based on the time honored principle of Find a Riff and Work the Everlovin' Shit Out of It. Mich Ralphs, former guitarist for Mott the Hoople in their old "let's rip off the Rolling Stones" days, plays guitar like you know you've heard it somewhere before. There are far too many plodders here, yet Bad Co. seem to want to follow in the goldplated footsteps of such creative talents as Humble Pie, Led Zeppelin and Steppenwolf. If Bad Co. can get themselves out of the rut they've dug themselves into, they might evolve into a group capable of producing more than boring singles like "Can't Get Enough" It's got a good beat and you can dance to it, Dick, could you pass me the Clearasil?"