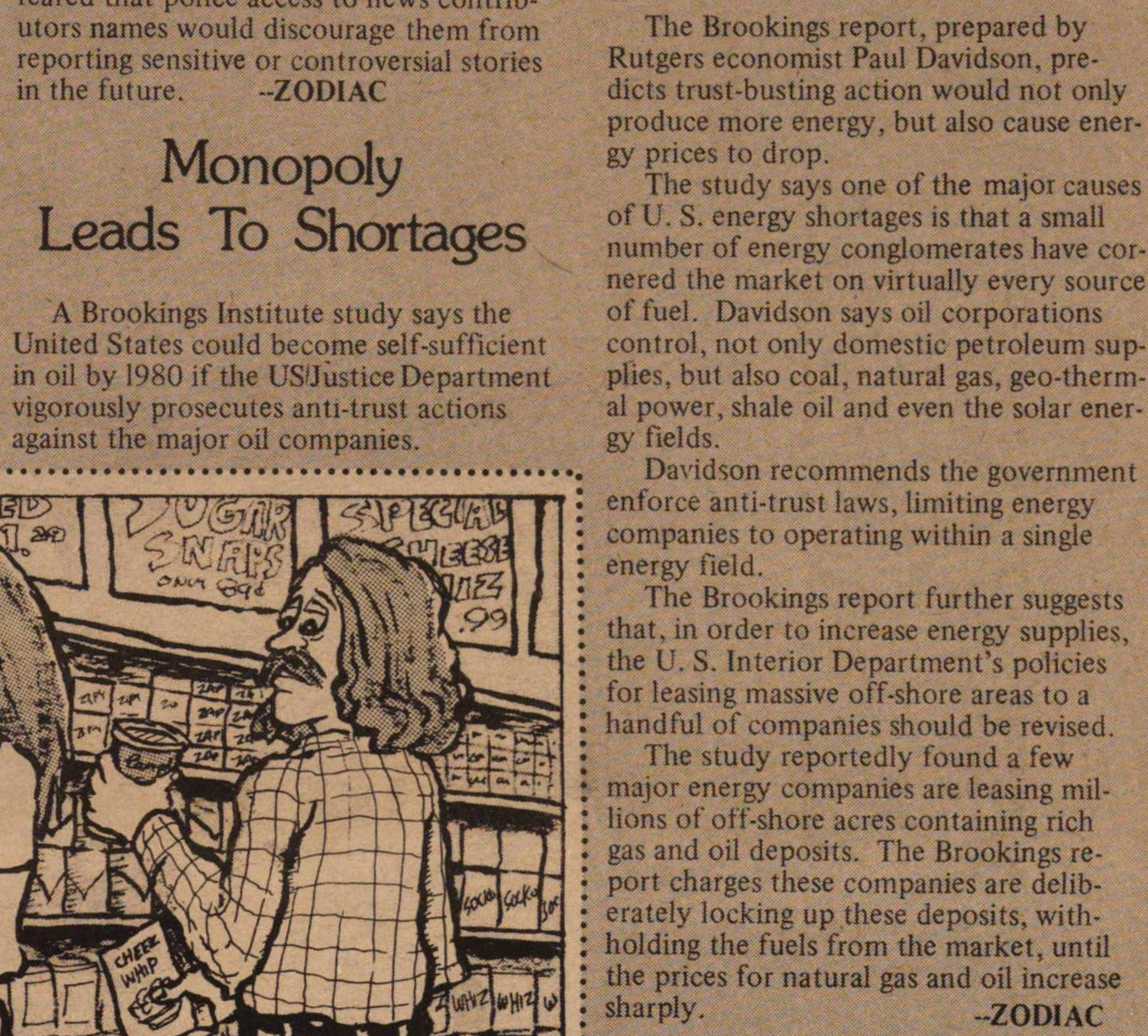 A Brookings Institute study says the United States could become self-sufficient in oil by 1980 if the US Justice Department vigorously prosecutes anti-trust actions against the major oil companies.

The Brookings report, prepared by Rutgers economist Paul Davidson, predicts trust-busting action would not only produce more energy, but also cause energy prices to drop.

The study says one of the major causes of U. S. energy shortages is that a small number of energy conglomerates have cornered the market on virtually every source of fuel. Davidson says oil corporations control, not only domestic petroleum supplies, but also coal, natural gas, geo-thermal power, shale oil and even the solar energy fields.

The Brookings report further suggests that, in order to increase energy supplies, the U. S. Interior Department's policies for leasing massive off-shore areas to a handful of companies should be revised.

The study reportedly found a few major energy companies are leasing millions of off-shore acres containing rich in gas and oil deposits. The Brookings report charges these companies are deliberately locking up these deposits, withholding the fuels from the market, until the prices for natural gas and oil increase sharply.