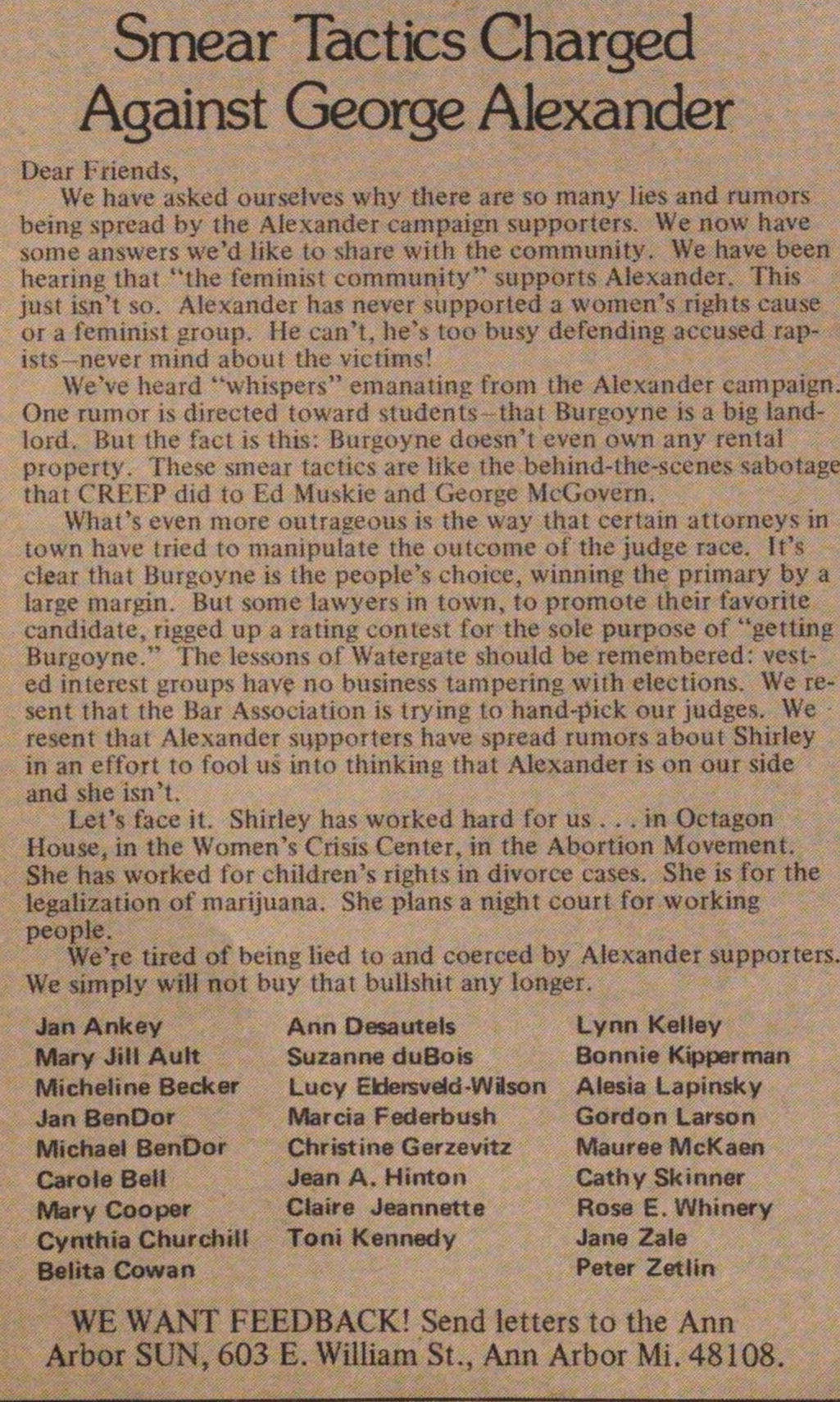 Dear Friends,
We have asked ourselves why there are so many lies and rumors being spread by the Alexander campaign supporters. We now have some answers we'd like to share with the community. We have been hearing that "the feminist community" supports Alexander. This just isn't so. Alexander has never supported a women's rights cause or a feminist group. He can't, he's too busy defending accused rapists - never mind about the victims!
We've heard "whispers" emanating from the Alexander campaign. One rumor is directed toward students that Burgoyne is a big landlord. But the fact is this: Burgoyne doesn't even own any rental property. These smear tactics are like the behind-the-scenes sabotage that CREEP did to Ed Muskie and George McGovern.
What's even more outrageous is the way that certain attorneys in town have tried to manipulate the outcome of the judge race. It's clear that Buigoyne ís the people's choice, winning the primary by a large margin. But some lawyers in town, to promote their favorite candidate, rigged up a rating contest lor the sole purpose of "getting Burgoyne." The lessons of Watergate should be remembered: vested interest groups have no business tampering with elections. We resent that the Bar Association is trying to hand-pick our judges. We resent that Alexander supporters have spread rumors about Shirley in an effort to loot us into thinking that Alexander is on our side and she isn't.
Let's face it. Shirley has worked hard for us . . . in Octagon House, in the Women's Crisis Center, in the Abortion Movement. She has worked for children's rights in divorce cases. She is for the legalization of marijuana. She plans a night court for working people.
We're tired of being lied to and coerced by Alexander supporters. We simply will not buy that bullshit any longer.