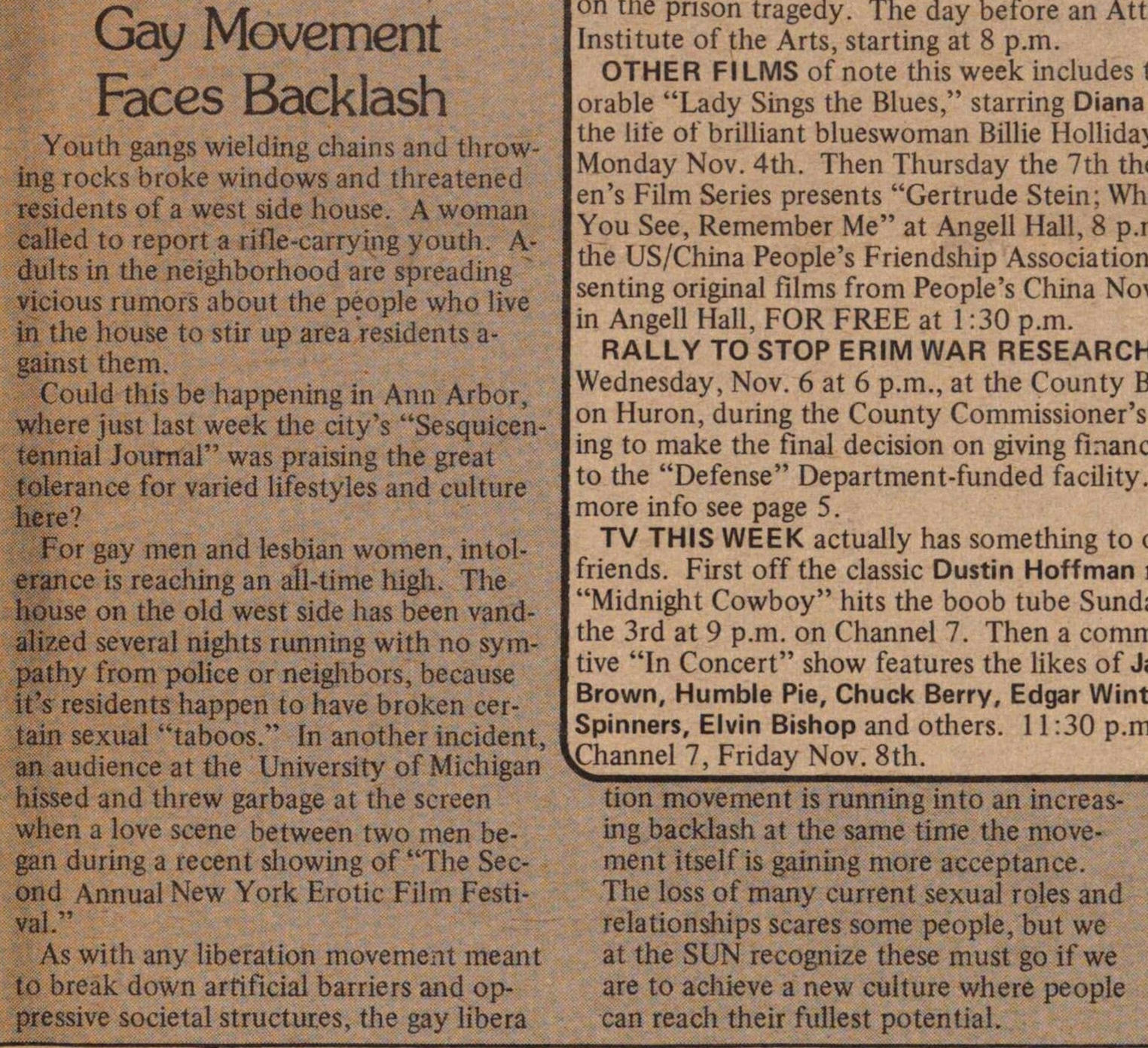 Youth gangs wielding chains and throwing rocks broke Windows and threatened residents of a west side house.
A woman called to report a rifle-carrying youth. Adults in the neighborhood are spreading ' vicious rumors about the people who live in the house to stir up area residents against them.
Could this be happening in Ann Arbor, where just last week the city's "Sesquicentennial Journal" was praising the great tolerance for varied lifestyles and culture here?
For gay men and lesbian women. in tolerance is reaching an all-time high. The house on the old west side has been vandalized several nights running with no sympathy from police or neighbors, because it's residents happen to have broken certain sexual "taboos." In another incident, an audience at the University of Michigan hissed and threw garbage at the screen when a love scene between two men began during a recent showing of "The Second Annual New York Erotic Film Festival."
As with any liberation movement meant to break down artificial barriers and oppressive societal structures, the gay liberation movement is running into an increasing backlash at the same time the movement itself is gaining more acceptance. The loss of many current sexual roles and relationships scares some people, but we at the SUN recognize these must go if we are to achieve a new culture where people can reach their fullest potential.