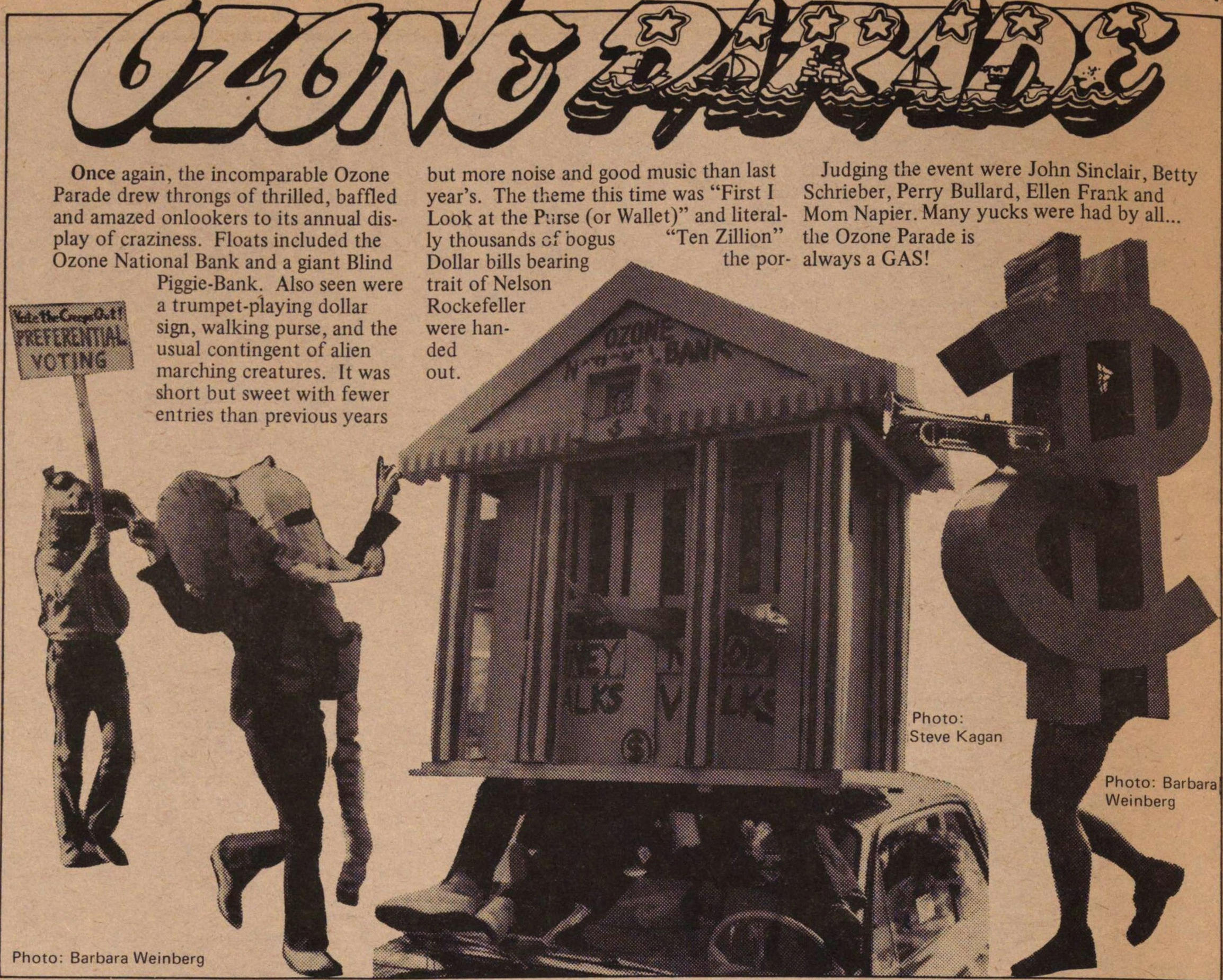 Once again, the incomparable Ozone Parade drew throngs of thrilled, baffled and amazed onlookers to its annual display of craziness. Floats included the Ozone National Bank and a giant Blind Piggie-Bank.
Also seen were a trumpet playing dollar sign, walking purse, and the usual contingent of alien marching creatures. It was short but sweet with fewer entries than previous years but more noise and good music than last year's. The theme this time was "First I Look at the Purse (or Wallet)" and literally thousands of bogus "Ten Zillion" Dollar bilis bearing the portrait of Nelson Rockefeller were handed out.
Judging the event were John Sinclair, Betty Schrieber, Perry Bullard, Ellen Frank and Mom Napier. Many yucks were had by all.. the Ozone Parade is always a GAS!