Us Develops Computer To Control Weather 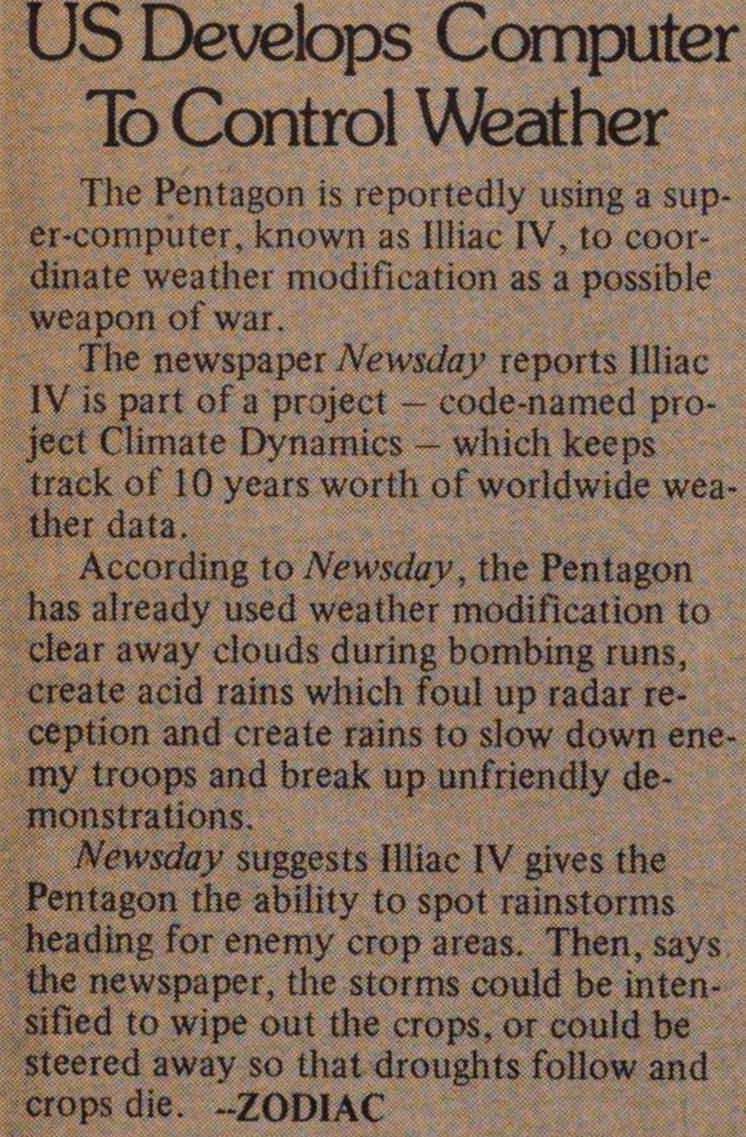 US Develops Computer To Control Weather

The Pentagon is reportedly using a super-computer, known as Illiac IV, to coordinate weather modification as a possible weapon of war.

The newspaper Newsday reports Illac IV is part of a project - code-named project Climate Dynamics - which keeps track of 10 years worth of worldwide weather data.

According to Newsday, the Pentagon has already used weather modification to clear away clouds during bombing runs, create acid rains which foul up radar reception and create rains to slow down enemy troops and break up unfriendly demonstrations.

Newsday suggests Illac IV gives the Pentagon the ability to spot rainstorms heading for enemy crop areas. Then, says the newspaper, the storms could be intensified to wipe out the crops, or could be steered away so that droughts follow and crops die. --ZODIAC