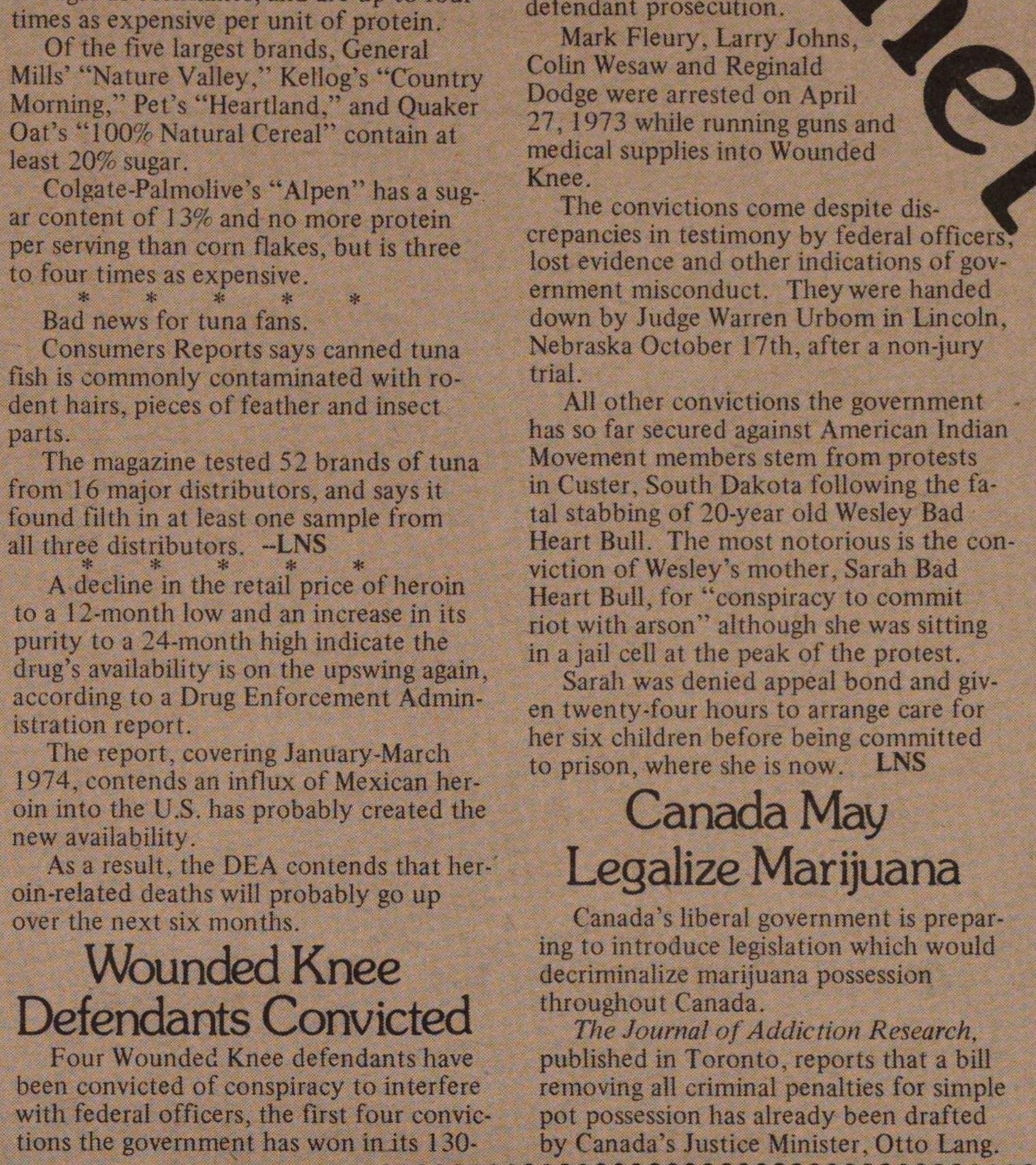 Four Wounded Knee defendants have been convicted of conspiracy to interfere with federal officers, the first four convictions the government has won in its 130-defendant prosecution.

The convictions come despite discrepancies in testimony by federal officers, lost evidence and other indications of government misconduct. They were handed down by Judge Warren Urbom in Lincoln, Nebraska October 17th, after a non-jury trial.

All other convictions the government has so far secured against American Indian Movement members stem from protests in Custer, South Dakota following the fatal stabbing of 20-year old Wesley Bad Heart Bull. The most notorious is the conviction of Wesley's mother, Sarah Bad Heart Bull, for "conspiracy to commit riot with arson" although she was sitting in a jail cell at the peak of the protest.

Sarah was denied appeal bond and given twenty-four hours to arrange care for her six children before being committed to prison, where she is now.