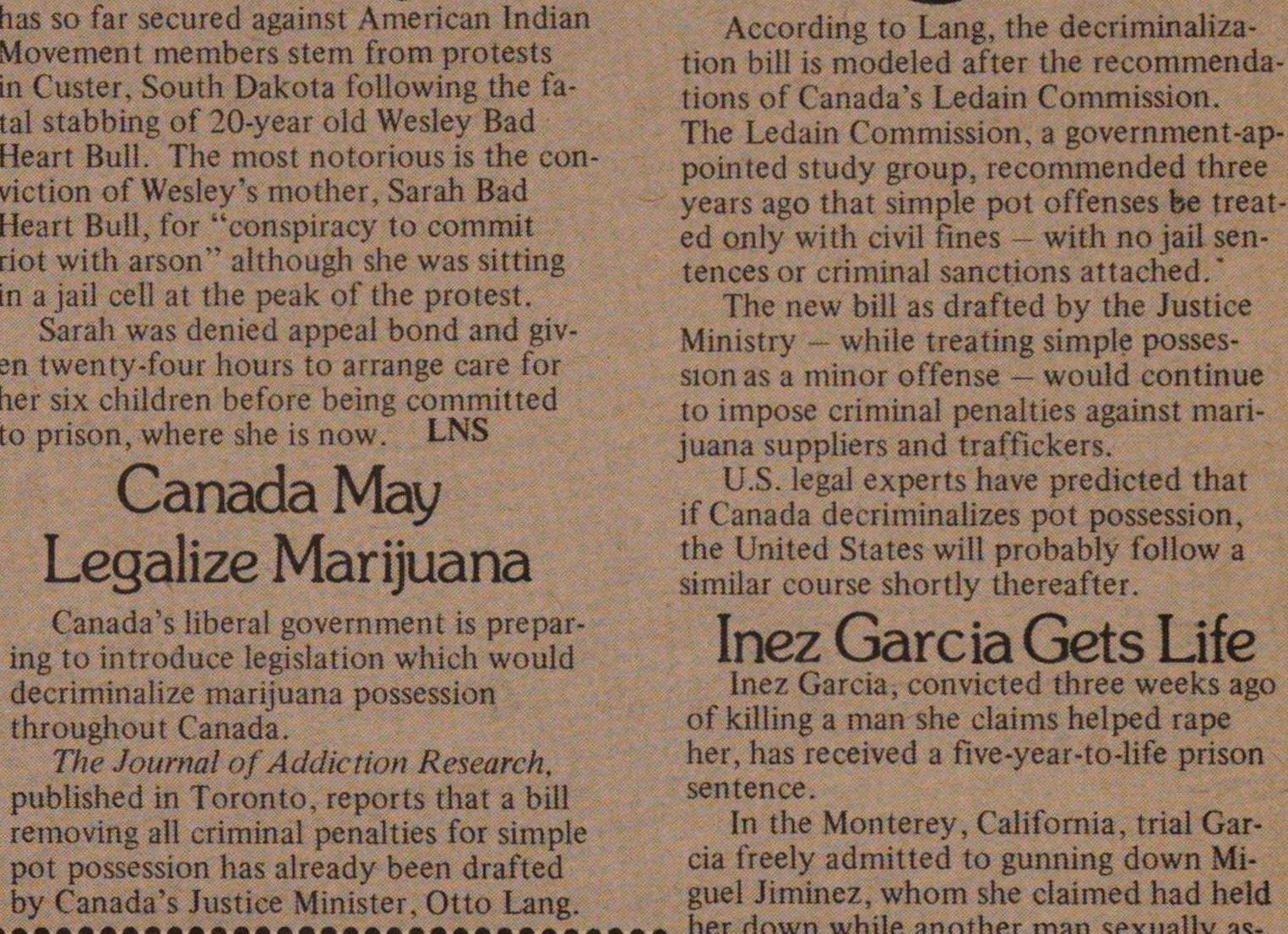 Canada's liberal government is preparing to introduce legislation which would decriminalize marijuana possession throughout Canada.

The Journal of Addiction Research, published in Toronto, reports that a bill removing all criminal penalties for simple pot possession has already been drafted by Canada's Justice Minister, Otto Lang.

According to Lang, the decriminalization bill is modeled after the recommendations of Canada's Ledain Commission.

The Ledain Commission, a government-appointed study group, recommended three years ago that simple pot offenses be treated only with civil fines - with no jail sentences or criminal sanctions attached.

The new bill as drafted by the Justice Ministry - while treating simple possession as a minor offense - would continue to impose criminal penalties against marijuana suppliers and traffickers.