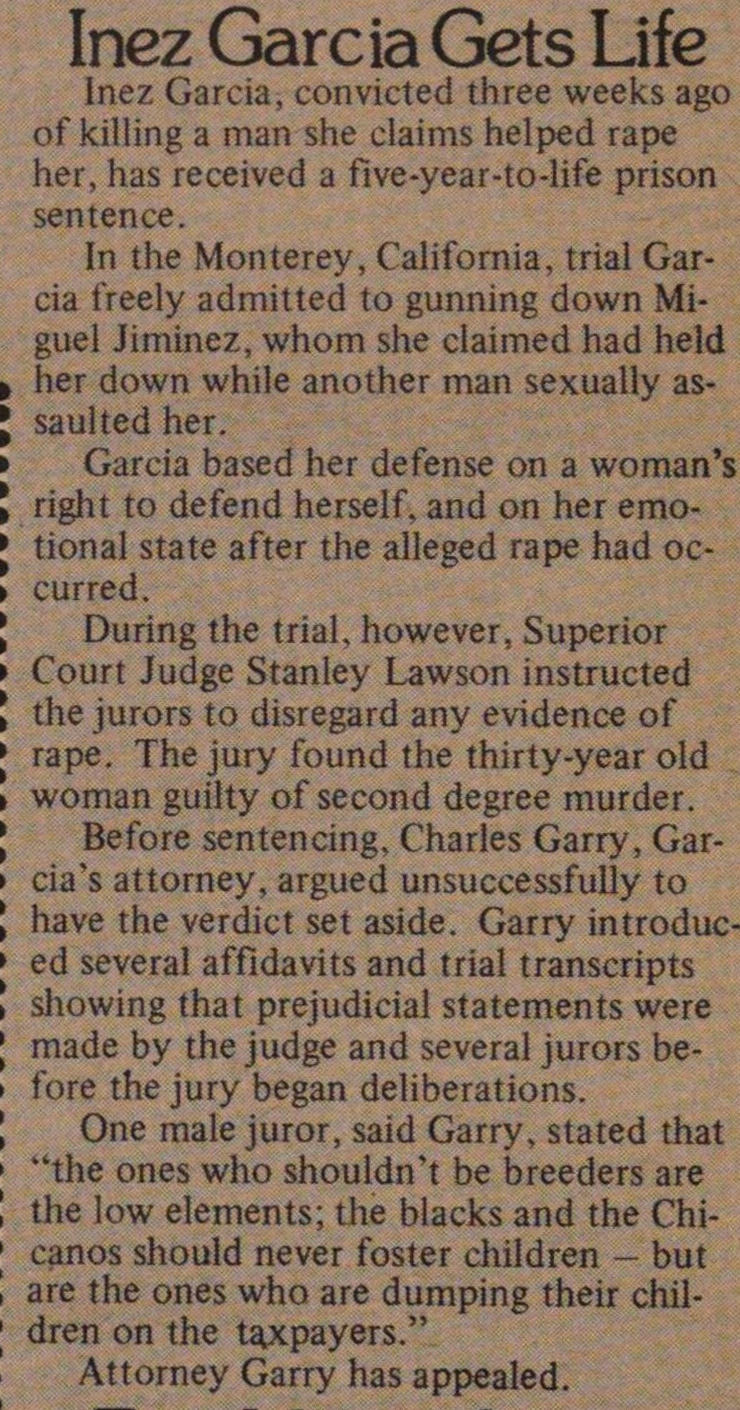 Inez Garcia, convicted three weeks ago of killing a man she claims helped rape her, has received a five-year-to-life prison sentence.

In the Monterey, California, trial Garcia freely admitted to gunning down Miguel Jiminez, whom she claimed had held her down while another man sexually assaulted her.

Garcia based her defense on a woman's right to defend herself, and on her emotional state after the alleged rape had occurred.

During the trial, however, Superior Court Judge Stanley Lawson instructed the jurors to disregard any evidence of rape. The jury found the thirty-year old woman guilty of second degree murder.

Before sentencing, Charles Garry, Garcia's attorney, argued unsuccessfully to have the verdict set aside. Garry introduced several affidavits and trial transcripts showing that prejudicial statements were made by the judge and several jurors before the jury began deliberations.

One male juror, said Garry, stated that "the ones who shouldn't be breeders are the low elements; the blacks and the Chicanos should never foster children - but are the ones who are dumping their children on the taxpayers."