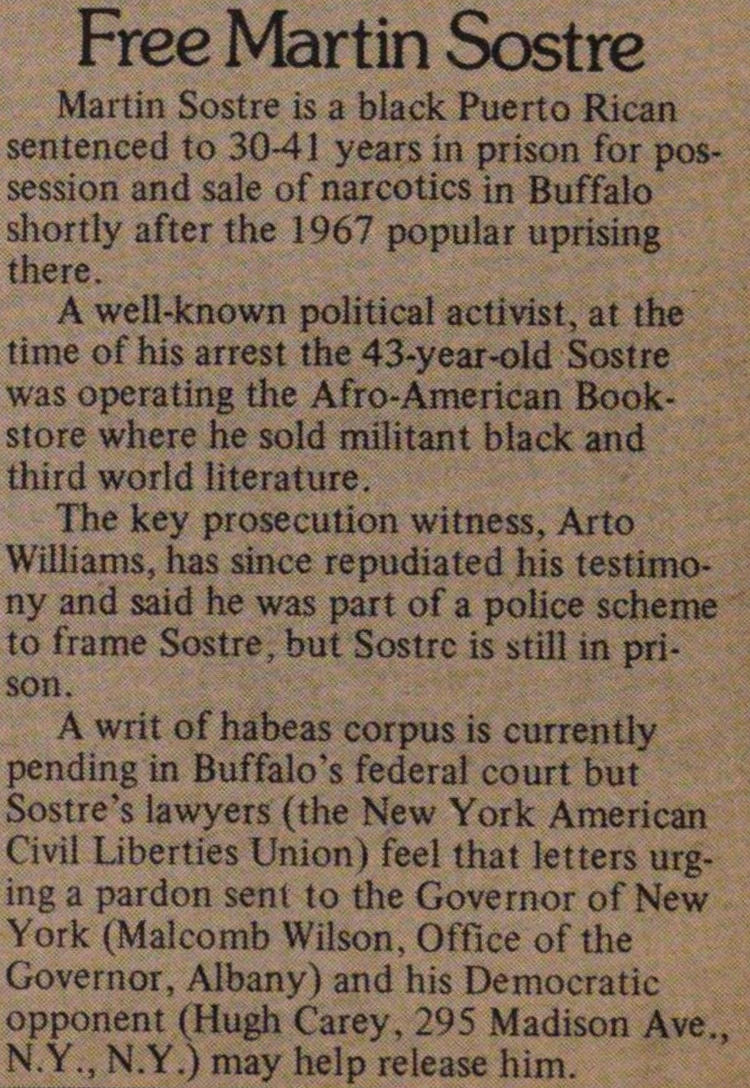 Martin Sostre is a black Puerto Rican sentenced to 30-41 years in prison for possession and sale of narcotics in Buffalo shortly after the 1967 popular uprising there.

A well-known political activist, at the time of his arrest the 43-year-old Sostre was operating the Afro-American Bookstore where he sold militant black and third world literature.

The key prosecution witness, Arto Williams, has since repudiated his testimony and said he was part of a police scheme to frame Sostre, but Sostre is still in prison.

A writ of habeas corpus is currently pending in Buffalo's federal court but Sostre's lawyers (the New York American Civil Liberties Union) feel that letters urging a pardon sent to the Governor of New York (Malcomb Wilson, Office of the Governor, Albany) and his Democratic opponent (Hugh Carey, 295 Madison Ave., N.Y., N.Y.) may help release him.