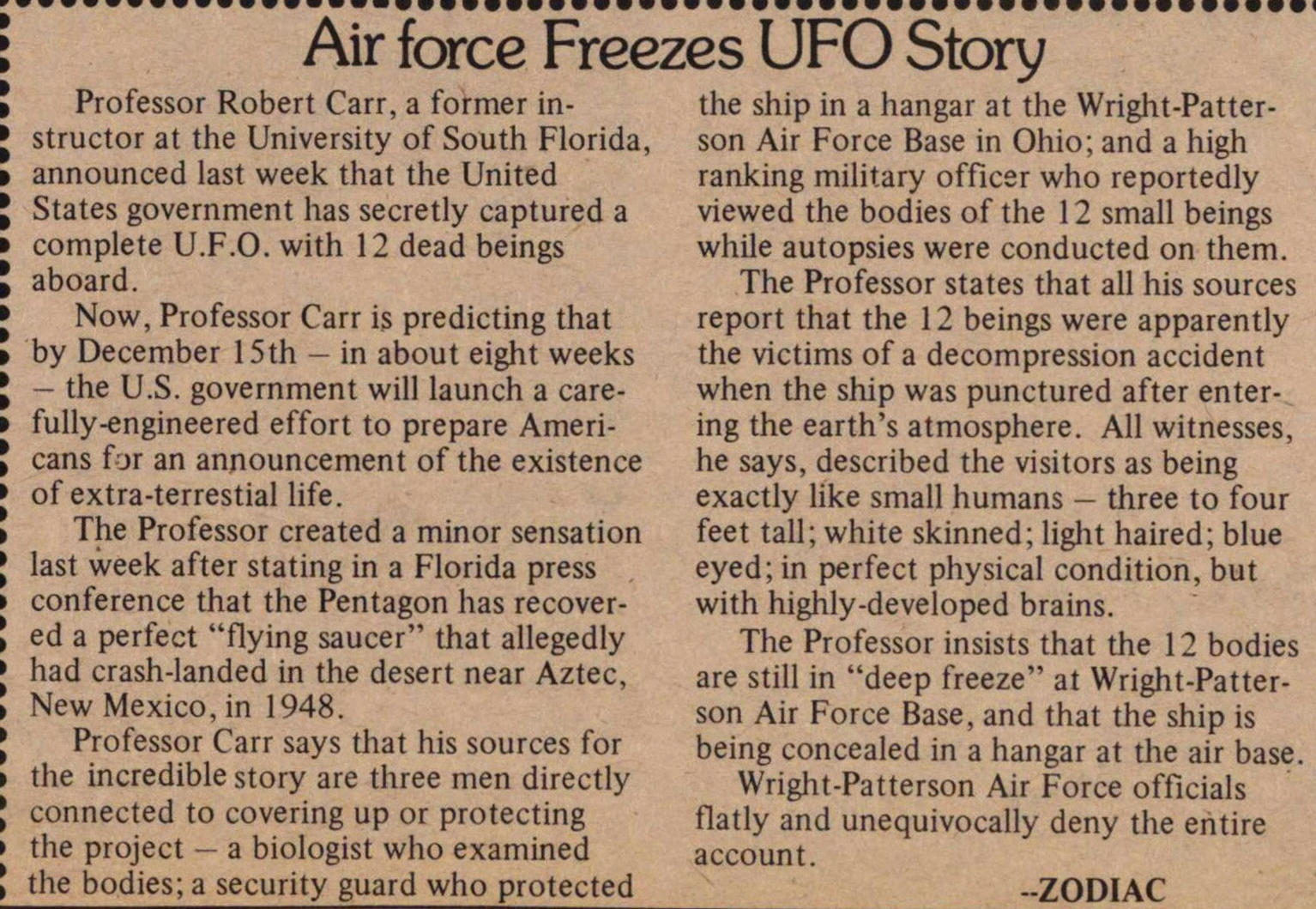 Professor Robert Carr, a former instructor at the University of South Florida, announced last week that the United States government has secretly captured a complete U.F.O. with 12 dead beings aboard.

Now, Professor Carr is predicting that by December 15th - in about eight weeks - the U.S. government will launch a carefully-engineered effort to prepare Americans for an announcement of the existence of extra-terrestrial life.

The Professor created a minor sensation last week after stating in a Florida press conference that the Pentagon has recovered a perfect "flying saucer" that allegedly had crash-landed in the desert near Aztec, New Mexico, in 1948.

Professor Carr says that his sources for the incredible story are three men directly connected to covering up or protecting the project - a biologist who examined the bodies; a security guard who protected the ship in a hangar at the Wright-Patterson Air Force Base in Ohio; and a high ranking military officer who reportedly viewed the bodies of the 12 small beings while autopsies were conducted on them.

The Professor states that all his sources report that the 12 beings were apparently the victims of a decompression accident when the ship was punctured after entering the earth's atmosphere. All witnesses, he says, described the visitors as being exactly like small humans - three to four feet tall; white skinned; light haired; blue eyed; in perfect physical condition, but with highly-developed brains.

The Professor insists that the 12 bodies are still in "deep freeze" at Wright-Patterson Air Force Base, and that the ship is being concealed in a hangar at the air base.